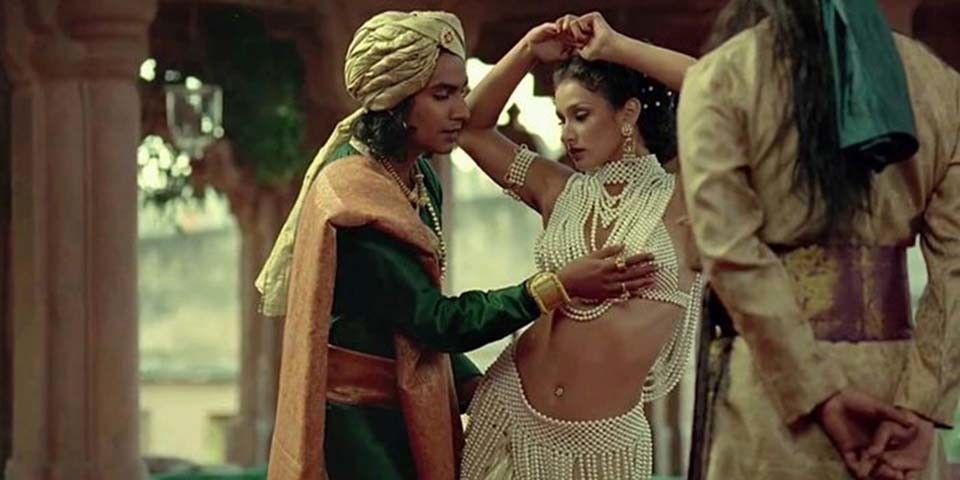 Tyrannical regulations, idiotic laws and edicts, and uncalled-for interference in the personal choices of the citizenry by the law creators and enforcers, and overzealous activists cannot be acceptable in a civilised society.

The judgement of the Mumbai High Court to ban ‘A’ certified films on TV is patently wrong. The Cable TV Network (CTN) Rules must be consigned to the dustbin. They are designed to give a near fatal blow to the film art, craft, and business. What would survive in the process are ‘saas bahu’ sagas and their wide screen adaptations called ‘family films’. It may also contribute further to the overflowing kitties of the ‘babus’ on the Censor Board.

The whole country is exercised over beating up of a few girls and boys by some women police officers for courting in a public park. Who instigated those ugly and overfed policewomen with huge out of shape butts, stuffed in tight fitting Khaki pants, to mete out such a treatment to those hapless couples? It is the third class reformists and watch-hounds who have made it their business to peep, interfere, and intervene into the personal lives of people by using ploys like bans and regulations. They provide the callous and corrupt law enforcers with tools of torture, oppression, suppression, and tyranny in the form of draconian edicts and laws.

The problem is that our filmmakers are not taking these things seriously. They do not consider it a grievous affront to their sense and sensibilities, and instead, look at the whole issue in a lackadaisical manner. It is their right to free artistic expression that is being banned through the invocation of bad laws and installation of an oppressive and arbitrary regulatory mechanism. They ignore the obvious and dig their own graves in the final analysis. Why do they do it? Is it their lack of commitment to art and artistic freedom? Or is it because they even otherwise do not have anything worthwhile to express through the medium of cinema and are happy making inane and inconsequential films?

However, serious and committed filmmakers must not take these things lightly any more, if not for their own sake but for the sake of posterity. They must act towards the destruction and demolition of everything that maims and gags free artistic expression. They must wage a serious battle against such efforts. Instead of standing in awe of the officials of the I&B Ministry, they should be watching closely each and every move made by them and cry murder if the sanctity of free artistic expression gets compromised in any way.

They must be ever watchful. They are not the villains in this drama as is normally projected by politicians, bureaucrats, and stupid activists. They must not allow themselves to be walked over unceremoniously. Those from the film fraternity who are sitting in the Parliament have a much greater role to play. They must ensure that they are part of all those committees, which are drawing up blueprints of the laws that are going to be proposed and legislated to regulate cinematic content and its distribution. It would be better if they were a bit hard-headed in dealing with the lawmakers. They must not give in even a single millimetre on these issues.

It is high time that we actively and vociferously seek the scrapping of the Censor Board, a relic of the British era. It is the Censor Board that has been classifying films as fit for unrestricted or restricted viewing. Lodha and Karnik have based their judgement on this point alone. How did it come about? Precisely because none in the film industry bothered to study the provisions of the CTN Rules and the programme code it contained and its implications for the industry. There are many learned and honourable men in our industry, who can dissect even a strand of Bipasha Basu’s hair in their long speeches suffused with sagacity and erudite expressions. However, they failed to read between the lines of the CTN Rule Book and thus had no inkling that it contained the germs of a virus that will strike so hard later.

It is a wakeup call for the industry and it must come together and seek the review of the Mumbai High Court Order and demand immediate changes and amendments in the CTN rules. Dumping them into the Arabian Sea is the best option in fact. The intelligentsia among the community of filmmakers should also study and seek a serious review of various laws and regulations that directly and indirectly impact the film industry and filmmakers. If needed, the industry should carry out a review of its own and push its recommendations for the approval of the Parliament through all those MPs who owe their entry into and success in politics to their association with cinema.

It should be done with an unprecedented activistic zeal. The cause of safeguarding artistic freedom is worth fighting and dying for. And if you have to fight the high priests of the I&B Ministry, you have to get as hardheaded as a religious zealot. Do not ever tolerate intolerance.

So wake up now. If you love your cinema, do not allow the governments, and courts, and mediocre social activists to take away your freedom of artistic expression. Fight every regulation that bans the exhibition of your work. Take it up as a matter of life and death. Demand the repeal of the Film Censorship Laws. Fight hard. Use your media power to reach your message to the men and women in power and the general public. This is the time to do it.