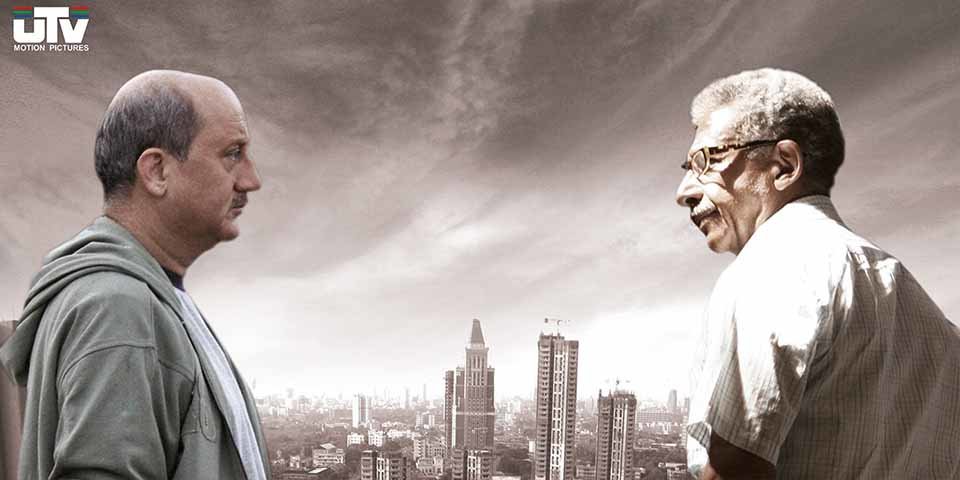 A Wednesday! is a concept film. It has nothing to do with reality, logic, and path-breaking cinema as some would like us to believe. It is vigilante film genre at its mediocre best, with a dash of jingoist sloganeering, and a loud background score to manufacture the elusive elements of suspense and high drama.

While the film does not work cinematically, Naseer’s speech in the end does. It salvages a nearly sunk enterprise. The audience gives a standing ovation to the film for that alone. It is like a boxing bout. A boxer may have done badly and lost all the rounds but the last one. He can still win the bout if he knocks his opponent out. Naseer’s speech is that knockout punch, and an exciting finale. It is visceral, relatable, and a reflection and expression of the simmering anger and discontent of our people at the apathy of our rulers to the issue of wanton terrorist acts that affect our daily life.

Cinema tends to discount the power of a theatrical speech, probably because we have very few actors who can do justice to it. They mostly stick to their popular dialogue delivery style. You must also have complete command over the language and a good grasp of its nuances. Actors and stars of today hardly care for a minor issue like this. They concentrate more on getting their dance steps right.

Old-fashioned Naseer has that command and he knows the power of words and how effectively that can be used to extract a desired response from the audience. Give him a well-written speech and see what he does with it. He revels in it. His speech in the courtroom scene in ‘Khuda Ke Liye’ was marvelous. A Wednesday! is yet another triumph of his great prowess. And of course, his persona adds gravitas to his roles.

The concept and theme of A Wednesday! revolve around the great speech, which prevents it from its total degeneration into a standard vigilante thriller, which would have led to disastrous commercial and artistic consequences. A Wednesday! contains a lot of mindless crap, and its realism is a poor charade, and a joke, which may be unpalatable to a sane and sensible mind. Going into those details may act as a spoiler for those who still have to watch it. The story of the film is its denouement, that is, Naseer’s speech. So, I should not discuss that either.

It is Naseer’s film all the way. Anupam Kher essays the role of Mumbai’s police commissioner who plays mind games with Naseer. The problem is that those mind games are too simplistic, predictable, pedestrian, and childish. They fail to create much tension in spite of an overwhelming background score and a lot of hectic-running-up-and-down-in-corridors-by-cops shots to enhance the impact of the non-existence of frenetic activity in the police headquarters. Given the kind of jam he is in, the commissioner should be issuing hundreds of instructions around, and counting every passing minute. He issues just a few, is as cool as cucumber, and is hardly seen to be under any kind of real pressure. It does not work in spite of a well-equipped control room a la a whole lot of Hollywood films.

Naseer’s character obviously has all the answers since he is the only one who knows what is happening. He is omnipotent, omniscient, and as smart as Steve Jobs. He is such a genius, an armchair warrior, and a public speaker par excellence.

With the same premise, a much better film could have been written and helmed that could have set a new benchmark of cinematic excellence. What we have here is a one-speech film, a clear case of working with extremely low benchmarks, an abject failure.

The silver lining is that it is a film without big-time stars. If it succeeds in making money, non-star cast films will continue to get financial backers. The greatest hurdle remains there though. Our film writers and directors still seek inspiration from the moribund cinema of Hollywood. They are not even making feeble attempts to break through the damned stranglehold.