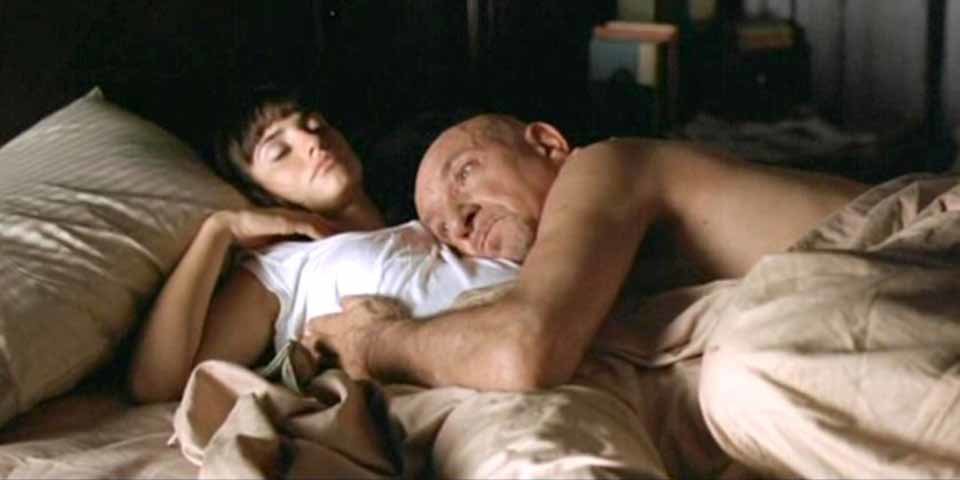 Is it really possible for an old man to have sex with a variety of beautiful young women and continue to lead a life of independence forever? Yes, thinks David Kepesh (Sir Ben Kingsley), a professor who has a literature radio show, in Elegy.

But he is so wrong. There comes a time in such a man’s life when he meets a girl, and goes to bed with her like he has done with innumerous other girls, but when she’s away or does not call, his nights are hell, and he begins to imagine she’s with someone else, someone much younger. Yet, despite her insistence, he refuses to make a commitment.

The film opens with a chat show in which two people talk about sex and the puritans. After a minute or more, you’ll begin to fidget in your seat and wonder if the projectionist inserted the wrong reel. Then, the professor quotes famous people about old age. And we are taken into his apartment as he muses on the “carnal aspects of the human comedy”.

Strangely, but true, scoundrels are known to live by a strict set of codes; for all his sexual meanderings, the professor never makes “private contact with any of the students until they have received their grades”.

This whole issue about sexual freedom, anyway, is one big subconscious lie. Here’s why: his unwritten agreement with a decades-old sexual partner that prohibits him from engaging in a sexual act with any other is by itself an unofficial marriage of sorts. This also makes his affair with a younger girl precisely a case of one of a couple cheating on the other.

Firm as iron, yet soft in his tone and smile, Kingsley has a quiet, magnetic command over women. Penélope Cruz has a beautiful body and has no qualms about exposing; she poses with much confidence and without the slightest trace of embarrassment. Patricia Clarkson defies age, strip teasing with the grace and élan of a teenager.

To cinematically show that the women in the protagonist’s bed keep alternating, the frame is frozen on him while the voice over of one woman talking to him is smoothly replaced with that of the other. Isabel Coixet’s open-relationship drama may sound like a cool idea to some, but the director makes it obvious that such a relationship is a myth and ultimately invariably comes attached with emotional chains.

The Other Boleyn Girl