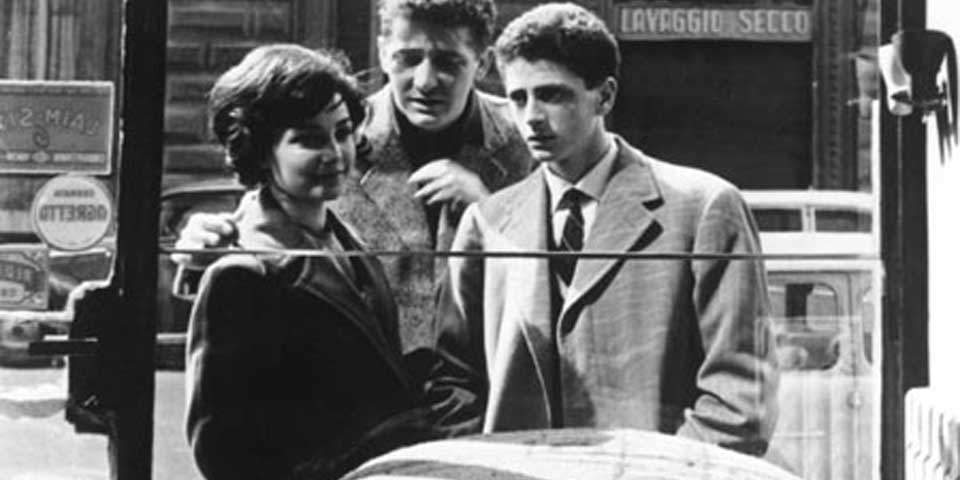 Ermano Olmi is a filmmaker who remained true to the tenets of neo-realism (as defined by their ideologue Zavattini) long after the more celebrated adherents to the creed – Roberto Rossellini, Vittorio De Sica and Luchino Visconti had abandoned it. Rossellini went on to make films like The Rise of Louis XIV (1966), De Sica to make social comedies like Yesterday, Today and Tomorrow (1963) and Visconti into operatic excesses like The Damned (1969). Neo-realism had set out to portray the lives of ordinary people – even when devoid of drama – but the best-known works of the movement are often highly dramatic in their choice of subject matter. Olmi came a little latter and first received recognition for Il Posto (1961), a film that shows his ‘‹“documentary’ methods exceedingly well. Olmi is intent on capturing a way of life with all its nuances and this is perhaps better facilitated by subject matter that is not inherently dramatic – perhaps because high drama has the tendency to overwhelm and obscure the smaller emotions.

Il Posto is about young Domenico Cantoni, living with his family in a village close to Milan, who tries to find work in the city, finds it and enters the corporate hierarchy as a messenger, to be promoted to clerk in quick time. Domenico meets a pretty girl named Antoinetta Masseti, becomes friendly with her for a brief while until the physical distance between the two (within the same office) undoes the relationship. The high point of the film is a New Year party for company employees that Domenico attends and that Antoinetta, unexpectedly, does not.

One is tempted, while describing something as ‘‹“insubstantial’ as Il Posto to word one’s description in dramatic language. IMDB, for instance describes the film as being about ‘‹“a young man’s initiation into adulthood,’ which makes it sound like a tale of seduction by an older woman! The problem, I think, is that we expect ‘‹“high art’ to have implications that will transformational and the sensations of a young man’s first few weeks in a company office simply do not carry enough weight.

To describe the best moments in the film – and there are several wonderful moments – Domenico attends a New Year party just after he has joined the company as a messenger. Antoinetta has told him that she will be there and Domenico is anxious to spend an evening with her. Domenico arrives a half hour too early and has therefore to spend several excruciating minutes at a table alone, with a bottle of champagne in front of him. His acute discomfort is being noticed although the others are too kind to look upon him as a figure of fun. Antoinetta does not show up and we never see her again because our attention has now been drawn to the next great moment in Domenico’s life – when he will become a privileged clerk instead of a mere messenger. There is high drama in this moment because a myopic clerk has just passed away. The clerk was engaged – after office hours – in remaining at his desk and working on a novel. The clerk’s novel is incomplete but his papers have to be sorted out – into personal and official – before another person occupies his chair. Another irony is that the people in the room are all clerks but there is an implicit hierarchy in the way the desks are arranged. The senior-most clerks sit closest to the accountant and the fact that a desk half way to the accountant is occupied by a junior like Domenico can cause much resentment among the others.

The purpose of great cinema is not always to disturb us or offer prognoses about the state of the world. There is a more modest kind of cinema that is simply preoccupied recreating sensations for us – sensations that in our everyday anxieties we have ignored or simply forgotten. The major emotions (our triumphs and tragedies) are the ones we choose to retain perhaps because they justify us in a way that the small sensations do not. Few of us remember (or care to remember) the discomforts in our earliest triumphs, the small embarrassments we pushed under the carpet and the joys too slight to be even admitted to ourselves.

If Il Posto is not about the ‘‹“dehumanizing effect of the large corporation’ (we don’t see Domenico becoming ‘‹“inhuman’), if you don’t want to scream at him, ‘‹“get out while you can,’ (the emotions of another IMDB critic), where does the value of Il Posto reside? Its value rests, I suggest, in bringing alive to us – in all their vividness – the moments in our own lives that we misplaced because the emotions they generated were too fleeting, too fragile to be retained. In providing a dispassionate but acutely perceptive look at urban life and its ironies, the film touches upon sensations that realist cinema has rarely acknowledged.