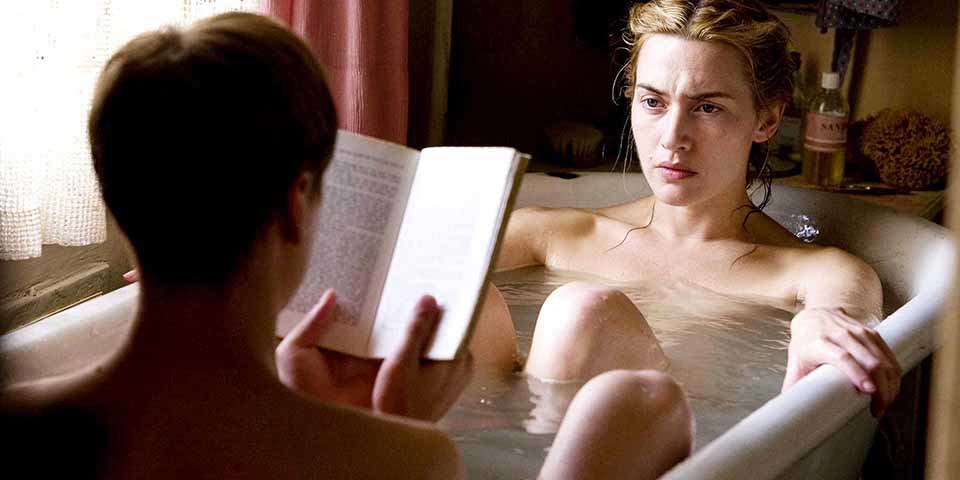 Circumstances and the prevailing laws of society can radically change ordinary people and compel them to commit atrocities. The Reader, produced by Anthony Minghella and Sydney Pollack (who both passed away prior to the film’s release), is a fictional case study.

When a serious film opens with an extreme close-up of an egg, one would think it is a set-up that would lead to something or that there is something symbolic about it. Neither is true. The boiled egg ends up in someone’s stomach and does not make another appearance, and the film fails to touch upon the subject of birth.

It certainly must mean something; though, I have no clear idea what it could be. Surely something so loud cannot exist without a specific purpose in a film in which the visuals are so carefully conjured to esthetically move the story forward.

Perhaps it is merely suggestive of the commencement of the protagonist’s sexual adventure, for, a little while later, we see him as an adolescent. Oscillating between the past and the present, the script is divided, invisibly, into two distinct parts; and one catches up with the other.

Caution—spoilers ahead
At the trial of former SS concentration camp guards, a woman owns up to her heinous crimes, but insists that she was only doing what had to be done. “What would you have done if you were in my place?” she questions the judge.

Hers is a very dangerous character: sensitive and caring but with no trace of remorse whatsoever for her past actions/inactions. Blurring the line between good and evil even further, her face does not reek of ugliness; on the contrary, it is soft and hides a tinge of pain. And she has a passion for great literature. Thus, she attracts sympathy.

Just when you think you’ve seen the best of Kate Winslet, she leaves you speechless with another astounding performance. Among other things, she changes her expressions, accent, and gait to enter her character. Her costumes (such as the drab, cotton dresses), hairdo, and all that ageing makeup add immensely to complete the transformation.

Sadly, like the fowl egg at the start, Stephen Daldry’s drama too appears to say nothing of significance and turns a mass murderer into an orderly citizen who was simply following the rules of the book. If forgiveness, healing, and moving on, however, is the message intended by the producers, they could not have asked for a better swansong.