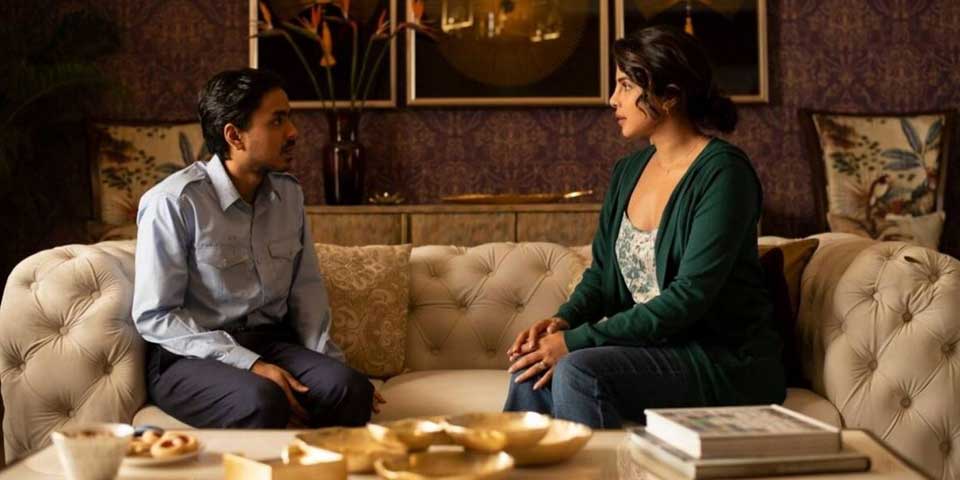 When Aravind Adiga’s The White Tiger book came out in 2008, it became a sudden hit. The fame can be attributed to part originality and part luck. One, it was written most cleverly, as a letter from the protagonist, Balram to the Premier of China. It also did what many books tried but had failed. It exposed the inner workings and failings of the country without being too pretentious. This is where the movie doesn’t do justice to the book as it crosses that line of pretence and exaggerates the subtle things of the book that made it so charming.

For those who haven’t read the book, the film follows the journey of Balram, a driver from a small village who rises and becomes a business entrepreneur in Bangalore. He starts as a naive trusting man who is inspired by his boss, Mr. Ashok and turns into a street-savvy person who will do anything to get on top and that includes murdering the said boss. The White Tiger

Let’s delve a little bit deeper into Balram. He was the perfect literary antihero that could not survive its cinematic adaptation. From the very beginning we know he’s a murderer. So why should we root for him? Adiga wrote him so masterfully, interweaving his motives and consequent actions that in the end we were shocked by ourselves at how much we wanted Balram to win in the end. This is because he’s the ideal grey character.

The one thing, the important thing, the metaphor of the rooster’s coop that strengthened Balram’s argument too was unfortunately butchered in the film, no pun intended. In the film, Balram says that loyalty out of fear is how the rooster coop works. But no. That’s not how it works. That’s not what Adiga wanted the message to be. It is more similar to “women beware women.” The novel explains that it is not an outside force that stops the lower class from rebelling. It’s the lower class themselves. They are so focused on the inner hierarchy of who the number one servant is that they are ready to put other servants down to stay on top inside the rooster coop. We can see this the way Balram betrays Ram Prasad, the Muslim driver who pretended to be a Hindu to his Islamophobic boss. But while in the book, he is truly sorry for Ram Prasad, the smugness that is shown in his film counterpart when the other driver is fired is a misstep. From the beginning, Balram is supposed to be a likeable character, someone we can root for. If he’s shown to be ruthless and unmerciful, why would he be a hero for the vulnerable? The White Tiger

The film does have its moments. The film includes scenes where job descriptions of different servants blur as Balram who is a driver is seen pressing the master’s feet. But while the servants’ roles can overlap, it can never cross class. Pinky is more than a trophy wife, fighting with Ashok’s brother and father for what she believes in. We also see the first time Balram realises the truth of his situation when his face falls at Ashok’s insult when they talk for the first time. But that insult, calling him “half-baked” is what gets him started. Adarsh Gourav also does a good job when he realises that his character, Balram is being tricked into taking the blame for Pinky’s hit-and-run incident. This deviation from the book shows how dangerous Ashok’s family is. When they tell Balram that his grandmother has approved of this plan it shows how closely they’re watching his family and can take them out if Balram misbehaves.

Unfortunately, the film’s other additions to the plot do not help the story in any way other than to exaggerate a satire. Take the Great Socialist’s meeting for example which is so crudely done. While it was included to show how everyone is corrupt, it doesn’t tell us anything new.

Then we have the scene of Balram touching his head whenever he passes something holy. In the books, the fact that Ashok believed Balram’s lies as he pointed out random things as holy shows how naive Ashok. It shows how even though he comes from a clever family that uses their power to dupe people and get out on top, Ashok himself is not cut from the same cloth, making him an easy target for Balram. In the film, the scene shows that Pinky and Ashok make fun of Balram, which hints that they truly don’t believe him, which loses the purpose of the scene. The scene wasn’t meant to show how the lower caste blindly follows religion, it was meant to show Ashok’s naivety. The book is not about religion, it’s about economic disparities. The film continues to change Balram’s path which in turn changes his character. The scene where he rebels against his grandmother when he shouts at her shows that he is finally getting out of the rooster’s coop. But in the books, while he hated her he never spoke back, he was always a respectful and likeable character. When he did realise he has to get out of the rooster’s coop, he didn’t do it so brazenly, he went about in a clever way which the scriptwriter missed in the book.

Even the most impactful scene, the catalyst for the whole climax was completely changed. Pinky and Ashok aren’t supposed to care when they kill the child. That’s what makes it so twisted and makes us question as to why Balram would want to look up to such people. But in the film, by trying to make Pinky sympathetic to the boy’s death for whatever reason, it shows how indifferent Balram is when he doesn’t care about the death. Balram is supposed to be a survivor who will do anything for his master, who himself isn’t such a great man. The fact that he idolizes an imperfect master is a hint to what kind of man Balram will become. This is ignored in the film to make Pinky’s character more likeable. The White Tiger

The technical aspects of the film were perfectly adequate. The camera work was good, so was the editing and the music. Rajkumar Roy did his best with what he was given as the superficially sympathetic character of Ashok. Unfortunately, Priyanka Chopra’s character is not consistent. The White Tiger

Since Priyanka Chopra is such a star and the executive producer of the film, by trying to make Pinky madam a major character in the film, she becomes a farce. Pinky is a feminist, out of touch, delusional Indian. She oversells the very aspects of the book’s Pinky madam that made her such a hilarious character to the point that she gets annoying. Scenes that were supposedly written to strengthen Pinky’s character did not do her justice. The first time she meets Balram she suddenly touches his back. Has she so easily forgotten the gender and class divide in India and America, the very aspect Adiga wanted to focus on?

Then we have the scene where she fires Balram for eating paan, wearing dirty clothes and humiliating him in front of her friend. Immediately, she is nice to him and starts lecturing him about how the caste system is horrible. That’s when Balram starts changing. He buys clean clothes and brushes his teeth. But that buries the homoerotic subtext that so clearly encased Ashok and Balram’s friendship in the book.

Balram does what he does because he likes Ashok to the point of obsession. When he kills him he is remorseful. The film loses sight of that when they make Balram’s motives completely black. Ashok hits Balram for the first time when Pinky leaves. Then we have Balram slapping a drunk Ashok under the pretext of waking him up. In the book, the two lead men are shown as docile, they’re grey characters. We aren’t supposed to predict what is going to happen which makes everything that much more staggering. With the way the book’s Balram and Ashok handled their anger, we could not have foreshadowed what was to come. The film’s Balram is shown as a violent man from the start – in contrast to Adiga’s Balram who’s calm and clever. The suspense is completely ruined as we see Balram unravelling the moment he is forced to take the fall for Pinky. His meticulous planning of the murder converts the story into any other crime story. The novel, on the other hand, makes Balram a more complex character. He doesn’t plan, he doesn’t hate. He is a cold and calculating man who sees his opportunity and takes it. He sees the red bag of money and realises he can escape. In the spur of the moment, he picks up a bottle and kills his master. That is why the book is funny because it’s full of such dark humour – that Balram didn’t kill because he hated the man, he did it to get even with the family for an act they hadn’t even committed yet – revenge for killing his family. The film completely ruins it by making him hate Ashok which in turn negates his feelings for him. It does not touch upon any of the aspects that would have made Balram and Ashok’s friendship that much more powerful and much more than that of a master and a servant. The White Tiger

As an Iranian-American who doesn’t know much about the Indian culture, Ramin Bahrani, the director and scriptwriter should have consulted an Indian or Adiga himself when working on the script. A scriptwriter who does a good adaptation is someone who embellishes the message already present and brings clarity to it. He should not change the message. And if this was meant to be a loose adaptation of The White Tiger, it wasn’t a good idea. The White Tiger