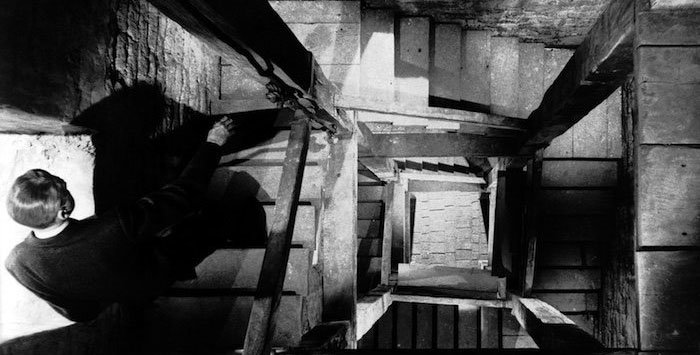 Every film festival has their favorite filmmakers; Hitchcock is one of Cannes’. His Psycho was screened in the sixth year since the inauguration of the Cannes Classic section, in 2010. This was followed by The Ring in 2012, The Birds and Vertigo in 2013, and Jamaica Inn in 2014. The restored version of Vertigo first presented at the festival in 2013 by Kim Novak—the lead actress of the film as well as that year’s guest of honour—is being screened again at Cannes’ 60th anniversary.

Hitchcock’s 1958 psychological drama thriller about obsession and its consequences, Vertigo, was hailed as the ninth best American film by the American Film Institute. It received mixed reviews upon its initial release, but has since then been studied over and over again and been declared as one of his masterpieces.

John “Scottie” Ferguson, a retired detective with a fear of heights and vertigo, is hired by an old friend to follow the latter’s wife, Madeleine, because of the way she has been behaving of late. 50-year-old James Stewart of It’s a Wonderful Life plays the role of the investigator obsessed with his assignment, the 25-year-old Kim Novak.

Barbara Bel Geddes as Midge Wood, Scottie’s friend, lightens up the mood to an otherwise usual classic noir with subtle humor in the interactions between her character and that of Stewart’s.

The film is one of the few to employ the least amount of dialogue in an era where silent movies had become close to extinction. Hitchcock relies mostly on the music and Stewart’s facial expressions to convey to the audience the essence of what is going on in the characters’ minds. The leading lady herself does not speak till over a full 40 minutes into the film. The dialogues are carefully written and structured. 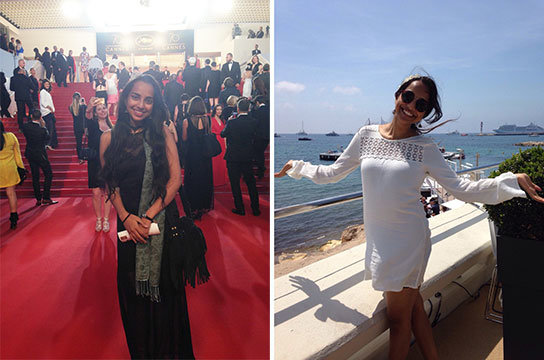 Re-watching the film, we see hints all over in the first act of what is to happen in the climax. Even the music and lighting of the final act imitates the scene of the supposed ending, which leads to the plot twist. The score sets the whole tone of the film and compliments the murky locations of San Francisco. The montage of Scottie following Madeleine seems compulsive even though, in truth, we are actually simply going through the everyday routine of an upper-class wealthy woman.

The duration of the film—extended to accommodate the scenery and the importance of the locations—may seem a tad too long for today’s attention-span-lacking audiences. Some may feel that the film could be more tightly edited to cut short the never-ending first act. This could balance out the feeling of being rushed in the end, but it may be exactly what Hitchcock had in mind – for the viewers to go through the same confused realization that Scottie goes through. This could also explain why the huge event that takes place exactly in the middle of the film would seem like a supposed ending; the ending of the first act could be some sort of misdirection so that the viewer has no time to understand what really happened till Kim Novak’s second character, Judy Barton, is introduced.

Since the moment we are let onto the secret we sympathize with the acting of Novak as Judy, who had been harshly criticised till just before this film for being “too stiff.” Scottie embodies the archetypal man who thinks he has everything in control.

Animation along with color and light has been manipulated throughout the film to bring focus to the psychological elements of the film—Madeleine’s grey suit, which doesn’t flatter a fashionable blonde woman who would know what would look best on her. Yet, Scottie’s fixation with it shows his obsession with more than just the woman but his last memory of her—the red pendant of Carlotta, which is supposed to stand for passion on behalf of Novak’s second character, but is actually a plot device to tie up all the loose ends; and the different colors in Scottie’s nightmare, which leads to his later state of mind.

The entire scene dramatically darkens when Scottie is told about Carlotta’s past; there’s a play of shadows in the bell tower in the end when the truth is finally revealed; and darkness and neon lights shadow Judy’s face as she decides to play along with Scottie’s obsession for Madeleine because of her obsession with him. Their goals seem obvious to us now as these tricks have been more commonly used in today’s films, but it certainly was an ingenious idea in Hitchcock’s time.

Similar events that take place in the prologue of the film follow the visual roundabout motion of vertigo, also pictured on the film’s poster, leading to an ending with a satisfying knotted loop.