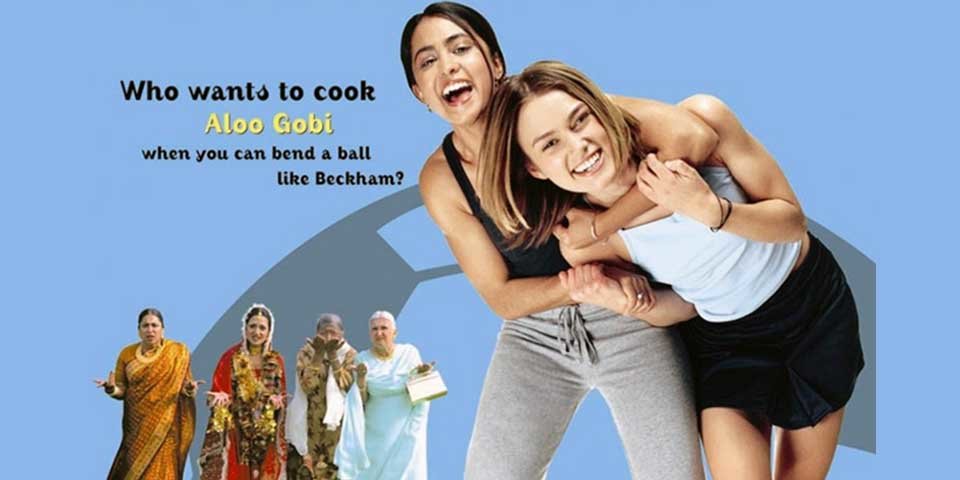 The much obscured truth of independent producers is that they are suckers and though the edifice of the industry stands on their shoulders, none cares for the hell they go through. In the chain that begins with the film production process and ends with the exhibition of the completed film in theatres and through other modes of content distribution, the producer takes all the risks and hits. Everyone else makes hay while the producer is jacked.

The problem seems to be intractable. Only big time producers, who keep the stars in their pockets, can stay afloat in this scenario. The distributors listen to them and pay their dues diligently. This looks like a dead end scenario for a new producer. However, films are still being made. Almost all of them are bad films. Even the star studded ones, made under reputed banners, are no exceptions. They are badly crafted entertainment products with very little shelf value. Precious money and expensive star hours are going down the drain, bringing glory to none. However, there is lot of money that is changing hands here, money that could have brought huge returns.

Once in a while we hear some filmmakers lamenting about the dearth of scripts and ideas. It sounds strange. Who is looking for ideas here? Even some of the stars talk about scripts being their first priority in various TV and press interviews. Is it a genuine kind of breast beating? Hardly. Diramabazi ho rahi hai. Now, if the Big B, Vivek Oberoi, and Aishwarya Rai claim that ‘Kyo Ho Gaya Na’ was the best script that came their way, there is certainly something grievously wrong somewhere. If Yashraj Films decide to back an insipid script like ‘Dhoom’ and gloat over its limited success, it raises serious doubts about the sanity of the people who are at the helm and who really have the capacity and power to take reasonable risks and change things around.

So what ails the industry?

It is all in the attitude. Indian film industry is plagued by people who cannot look beyond their puny little noses and have lost all their sense of perspective. They are scared to think big but they have great media presence. They are happy with it. One hears that they have started encashing it too. They have to be paid for everything these days, even for having a political opinion and attending a film convention. They don’t discuss scripts. They don’t even look for subjects. They make films because they can get dates of stars and sell these films to the distributors for an upfront payment. They lack confidence. They have a very low opinion of themselves even as industrialists and businessmen.

That is why they get shabby treatment from all corners. Underworld dons, politicians, income tax officials, the police, and a whole lot of known parasites treat them as cash cows and as public-relations posters. Bankers treat them as ‘Uthaigeers’. Why have we not heard of mafia goons threatening the Ambanis and Birlas and Tatas and Murthys? These people certainly have the kind of money that Rakesh Roshan and Yash Chopra dare not even see in their wildest dreams.

We keep hearing about the huge success of crossover films like ‘Bend It Like Becham’ and ‘Monsoon Wedding’. Who made these films? Subhash Ghai? Yash Chopra? Mahesh Bhatt? Barjatyas? They could have made these films very easily. But they did not. Why could they not do it? Blame it on their puny little noses. It is they who have formed a nexus with the stars, and distributors to ensure the survival and success of their mediocrity and block-headedness. They are scared to lose control. They breed, nurture, and propagate mediocrity. And as long as these people rule the roost, they will not let anyone grow beyond their levels of incompetence. Why does Mahesh Bhatt have to copy Hollywood film ideas to create a skin feast like ‘Murder’? Now, how can he expect ‘Murder’ to make millions in dollars and become an international success story when a much better original is still there? Had he tried a little harder, he could have easily discovered an Indian subject, and there are many sources where he might have found a treasure of sensuous and hot stories that could have done greater justice to the talent of Mallika Sherawat and the film’s director. But he is happy with whatever he has done. His distributors are happy too. They have made their little fortune. And Mr. Bhatt will now be looking at some latest Hollywood DVDs for his next instant film idea.

FICCI and CII, two very important industry bodies, started showing keen interest in the film industry in the last four years. They cornered the big names of Cinema to adorn their seminars and forums. They presented a rosy picture before everyone about the potential of the industry. Arthur Anderson and later Ernst & Young were commissioned to prepare reports about the prospects of the industry. Fantastic figures were touted. Suddenly, people like Subhash Ghai and Yash Chopra started giving speeches about convergence. IDBI started showing interest in the film industry. Ministers were also pleased to stand next to Rani Mukherjee for photo opportunities. Corporatisation became the buzz word. A whole lot of specialists jumped into the fray advising the film folks on the ways and means of turning into serious industrialists.

By the time these initiatives reached their third year, the film industry was relegated to the background and the broadcasters took over. Both these industry forums have become the lobbying agencies of the broadcasters, including Reliance. Nobody even cares if the guys from the film industry are there or not in various seminars of these bodies. This is the level of respect that the film industry commands. However, there are some people who are very pleased with this kind of tokenism. The pre-eminence of these pigmies as industry giants is the biggest bottleneck we face before our ideas and films could make their presence felt on the world scene.

Now, what is more important for a cine-goer: the film or the popcorn? You don’t have to hazard a guess. It is the popcorn that steals the show. A film does well today because of flavoured popcorns, Coke, Pepsi, American sweet corn, and samosas. People go to a cinema hall for that alone. In between eating popcorns and drinking Coke, they also watch music videos on giant screens and have a peep into the cleavage of Mallika Sheravat and salivate over the long legs and fresh young thighs of Esha Deol. When Vivek Vaswani demanded a share in the revenue of popcorn sales, he was right in a way. But there is a problem here. Popcorn vendors may also start demanding their share in the producer’s profit. After all, it is their fluffy crisp stuff that brings the audiences to the cinema hall and keeps them there. The situation has become so bad that a popcorn vendor has more credibility than a filmmaker. A banker will advance him a loan without even batting an eyelid, but a producer will be made to go through fire and hell before his proposal is even considered by IDBI.

So what did FICCI and CII do? They turned the film industry into a ‘popcorn’ industry and the cinema hall into a popcorn and ‘chaat’ vending multiplex. In this process, the role of the film and its creators became secondary. You must have heard of the case that was filed by some marketing agency against Rakesh Roshan for not displaying his products prominently in ‘Koi Mil Gaya’. Look at the gumption of these S#@#s and how they treat our filmmakers! Now, the filmmakers are being given lessons in how to write scripts and create room for product placements by young marketing dudes. It was the distributor who determined the content of the film till yesterday. He still had something at stake and wanted the film to do well. So he demanded sizzling hot scenes, comedy tracks, and star power. Even top filmmakers like Raj Kapoor obliged him off and on, with bathroom, bedroom, waterfall, swimming pool, cabaret, breast feeding, and rape scenes thrown into the film here and there. Kids too were taken good care of by ‘dhishung, dhisung maaramari’. The marketing dude wants a curvaceous cola bottle to be placed in the scene as prominently and sexily as the hero. This is incredible. Do they really think that the audiences are going to have wet dreams thinking of the curves of their cola bottles?

What has brought us to this pass? You do not have to think hard. The leaders of the industry are responsible for it. They are doing well for themselves with their small successes. But they have taken the magic out of cinema by their deranged and short sighted attitudes. Instead of earning respect for the film industry and the community of filmmakers, they have demeaned them. And instead of paving the way to big growth, they have paved the path of doom. They set no trends any more, attempt no breakthroughs, and look for no talent. They don’t even address the real issues of the industry. They have been slowly but surely killing the magic and mystery of cinema and ceding its legitimate turf to greenhorn marketing dudes and popcorn vendors.

What about recreating the magic?

Nobody is even talking about it. It is a long forgotten cause. People don’t really look forward to watching a movie as enthusiastically as before except a few hardcore movie buffs whose Fridays will become unbearable without a visit to the nearest cinema hall. Even they are being discouraged by bad films and high ticket rates.

These movies have everything in them: stars, sex, coke, and popcorn; but the magic is missing. It becomes unbearable to sit through them most of the times. The joy, the wow factor, and the excitement of movie watching are gone forever. The spirit of independent and inspired film-making is dead. Stories have no head or tale. Sub plots are created and left in the lurch midway. The performances of the actors can turn tears into hard stones. The sexy item numbers have no ‘Dum’ in them. Chadhee, hot pants, and ‘latka jhatka’ scenes have become so disgustingly stereotyped that even whores would lose their customers if they try these on them. Heroines look ugly and inconsequential. Heroes are villains and villains are heroes. All of them are comedians. ‘By the way, do you know who the heroine of Dhoom is?’ ‘Of course, I know. It is Yaana Gupta.’

You can see this rot even with half shut eyes. How come a Yash Chopra and Subhash Ghai cannot? Look at our actors! Do they seem to be enjoying their work? No. Young actors carry excruciatingly painful looks in films. There is no freshness and enthusiasm. Girls sport same old well-rehearsed smiles and ‘Adas’ that turn the audiences off instantly. Look at as basic a thing as the makeup of our stars! You can see all the layers of greasepaint deposits on their faces. Sometimes it looks as if your eyes are surveying the surface of the planet Mars as shown in the National Geographic programmes. Lip linings tell yet another horror story. And then we have the same old fashioned insipid wigs decorating their scalp. The epitome of camerawork and production design is to copy frames, colour tones, and interior decor of some Hollywood movies in a crude sort of way.

If the film-making process is becoming so unexciting and boring, should we stop making films?