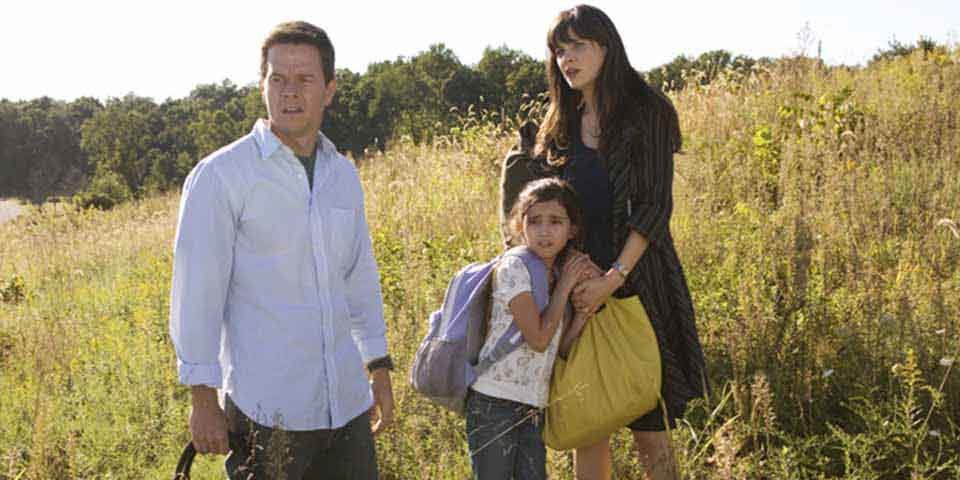 The majority of poor M. Night Shyamalan’s detractors probably anticipate from his films something on par with his debut feature, and therefore, always end up being a little disappointed. This is a pity, for his films aren’t all that awful. In fact, if they were to watch The Happening without knowing who its director is they would maybe have enjoyed it a lot more.

Even if one dislikes his films on the purely esthetical level, one still cannot totally trash them. For three good reasons: the intelligent concept; his uncanny ability to make you jump out of your seat; and the point that he makes, even if not powerfully conveyed.

This one is a stern reminder that we human beings are a curse to this planet. The film warns us that if we refuse to change our ugly ways, the plant kingdom will someday find a way to destroy us.

The intro is nice—people on the move suddenly turn into statues; half-alive bodies fall from an under-construction building; and then the protagonist, Elliot Moore (Mark Wahlberg), talks about science and phenomena to his students. After that, everything mostly goes tumbling downhill.

Clichéd techniques employed to instill a sense of uneasiness include cameras tracking incessantly from side to side, the protagonist entering the frame in a tracking POV shot, and a top view of a little girl on a swing accompanied by the sound of the creaking tree.

Do the hairstyles, makeup, and clothes of the lead actors who are on the run for quite some time change, or has the continuity person done a thorough job? The film is so slow and not-happening that you’ll have plenty of time to take note of such frivolous details.

The man in charge of the scissors, apparently, has a fancy for jump cuts, using it frequently, sometimes, to bad effect. In one of the long shots, a man turns on a giant lawn mower and lies down. You don’t take your eyes off the screen, because you obviously expect the shot to cut. But it doesn’t. So, you watch the machine go right over the body, and then hear a crushing sound and see the blood. What! Did someone doze off at the editing desk?

Shyamalan’s repeat elements—the supernatural, suspense, morals, and a cute child at the center of the action—is severely restricting him. Maybe he ought to break out of his signature style and his small town, for a radical change.