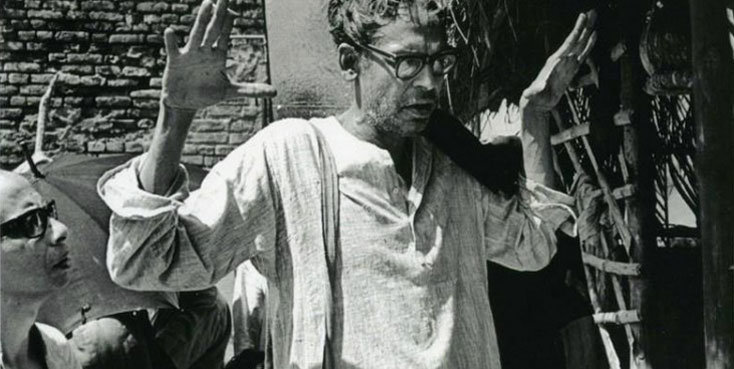 A few years back, when we were moving into a frenzy celebrating the centenary of cinema, noted Czech novelist Milan Kundera voiced his strong denial against such observance stating that “we have come to the era of post-art in a world where art is dying because the need for art, the sensitivity and the love for it, is dying.” Kundera charted the decline of film from an ‘agent of art’ to ‘the principal agent of stupidity’. Very recently, one of the greatest living filmmakers of our times, Martin Scorsese, shared a similar despair when he said, “cinema is gone; the cinema I grew up with and that I’m making, it’s gone.”

One principal cause lurking behind such lament and hopelessness perhaps lies in the shift of focus, which the making and purpose of cinema has undergone over the past few decades.

When cinema was born, more than a hundred years ago, it was the only art form where images moved as in reality and it was sheer magic projected on the huge screen inside a dark theatre. Today, we have moving images popping up everywhere—on television, mobile phones, laptops, billboards, literally everywhere. The magic has turned into something most mundane. In fact, every moment we are lured to ‘direct’ our mobile phone camera to a subject, ‘shoot’ some moving image, ‘edit’ on some downloaded app and beam it online for the world to watch. Even if we stand critical enough to differentiate between these moving images and cinema, we cannot deny that some of them do share common attributes—story, plot, characters, actors, photography, sound, music, etc. Along with millions of ‘moving images’ generated every moment, ‘cinema’ too, has turned disposable—just watch it now, and it’s gone in a minute, an hour, or may be two hours. To vie for attention among this clutter and to rope in an increased volume of audience, these moving images are now programmed, manufactured and packaged as commodity. And perhaps this irks the connoisseurs. They find it ugly.

But merchandising, or more politely, marketing, has always been at the base of cinema simply because it was always a business. Right from the birth of the studio system in  the 1920s, the marketing of cinema meant the publicity and the propaganda of highlighting features, now termed USP. The objective was quite straightforward. If the concept is novel or radical, if big stars are associated, if the production is something fantastic, the audience must be told about it. That was quite perfect. Generating interest and enthusiasm about cinema in order to reach out to its prospective audience base was absolutely fine. But, eventually, merchandising began to be cooked at the core of cinema and became the meal itself. The desired purpose changed from artistic expression to the dissemination of wholesome entertainment. Now, it was expected that cinema would infuse a continuous influx of excitement and sensation strong enough to overpower and numb the analytical and imaginative faculties of the audience into a state of ecstatic fulfilment. And that was the only laudable category. The rest of it, every genre of cinema that failed to cater to such formula, stood at risk being labelled as ‘boring’, ‘arty’, or ‘slow’, all terms derogatory in sense of judgement and standing in denial to some principal elements of classical cinematic style—subtle and intuitive acting, introspective visuals, imaginative sound effects, sparingly used music, less dependence on dialogue, precise camera movement, appropriate editing pace and generous use of the long take.

We have come to the era of post-art in a world where art is dying because the need for art, the sensitivity and the love for it, is dying.

But herein comes a tricky question. Do these elements of classical cinematic style ensure that the cinema would be ‘good’? No. Absolutely not. These are mere attributes, but not the structural pillars. What, then, are the decisive factors? A brilliant story? Fascinating characters? Captivating cinematography? Memorable performances? The answer could mean an affirmative tick to all. All these factors are important in creating a good film, but the one that matters most is perhaps storytelling. Cinema is all about telling a story, and each element put into it—dialogue, location, actor, style of cinematography, rhythm of editing—carries across something to the audience. Whether the audience likes the story and can connect with the characters is the general basis for appreciation of the film. But there are exceptions. Even if you fail to connect in terms of common rules of perception, the cinema might be a masterpiece of abstract, surreal treatment or an important experiment in absurd drama. So the style and representation of storytelling could be as varied as ever. That is one important point to be noted.

An essential attribute of a good cinema is the subtext. Curiously, this element can find its way through the script, direction, editing, or cinematography. What is this subtext? It is nothing but subtle messages the filmmaker conveys to the audience without explicitly coming out and stating them. If over-explained, they simply lose their charm, leading to expositional scenes in which the audience is ‘told‘ what is going on instead of being allowed to ‘explore’ and figure it out themselves. Similarly, scenes might get overburdened with long passages of dialogues which could have been easily dispensed away with a small action, a look, or something non-verbal, allowing the audience to become more engaged in other aspects of the cinema.

Moving on to the technical, the art cinematography deserves the first mention. It is the art of “writing on moving images” and is relevant just as to how something is being shot or what is being shot. It is not an routine arbitrary process of recording the action. It has to supplement, add and enhance the process of storytelling. The way a shot is composed, lit up, toned, and coloured  all determine its role. Then there is movement of the camera, something which differentiates it from still photography. The camera shapes our perspective not only through dimension of frame but also movements like pan, tilt or tracking. It can go to a specific angle offering a striking dimension to the story. A handheld jerky movement of the camera might bring out the agitation or tension of the narrative, while its long static presence could convey a contemplative and sombre viewpoint.

Cinema is gone; the cinema I grew up with and that I’m making, it’s gone.

If cinematography builds the look and feel of cinema, editing gives it shape and structure. Editing holds “the key to cinema” as it is the only formal element that is unique to this medium. An editor regulates time and continuity as tools in presenting the story. It is the editor’s job to piece the whole movie together connecting one shot to the next and thereby building up the entire scene. The duration of shots in respect to each other determines how we perceive the story on screen.

Perhaps the most powerfully visceral and subtly influential aspect of cinema is sound. There are three components of sound—dialogue, sound effects, and music. Music is the most evident and striking of the components. More than any other element, it has the power to strike a chord with the feelings and perceptions of the audience. But music, used inappropriately or in abundance, can also ruin the impact by seriously disturbing the fabric of storytelling. In comparison, the dialogue and sound effects, being more synchronised with  visuals and obviously subdued than music, are essential in bringing us closer to the soul of the cinema and create a world of its own.

Interpreting the technicalities of cinema and judging its aesthetic qualities demand quite a bit of knowledge and exposure about the medium, and also a discerning eye for analysis. But when we start off knowing the ground rules of assessment, we can better comprehend how and why something is happening on screen. Lets accept the fact that every cinema has its strengths and weaknesses and recognising them doesn’t mean that you have to like or dislike it. Your subjective opinion is only stronger when it is surrounded by an objective analysis. It only takes you one step forward towards the objective  Nick Frost indicated when he said—”There is a big difference between watching cinema and enjoying cinema”.

Page UP
Categories
Features
Share this article on
Previous

Atanu Ghosh is a National Award winning filmmaker. Two of his films (Rupkatha Noy and Mayuraskhi) received 4 Filmfare Awards each. Other prominent awards include the Doordarshan Award, the Chitra Bharathi, the RAPA, the Aravindan Puraskaram, the Asia-Pacific Festival Award, the Lankesh Chitra Prashasti, and the Shyamal Sen Smriti Samman, He has also been felicitated by the Federation of Film Societies of India (FFSI) and the West Bengal Film Journalists Association (WBFJA). A post-graduate in journalism, he has made 13 documentaries, 34 telefilms, and 9 theatrically-released feature films. His body of films—known for perceptual precision and economy of expression—reflect an urge for exploring the unique complexities of human behavior pitted against the backdrop of a society caught up in rapid change.They have been well received at a variety of reputed international festivals such IFFI, Karlovy Vary, London, Shanghai, Osaka, and Busan.