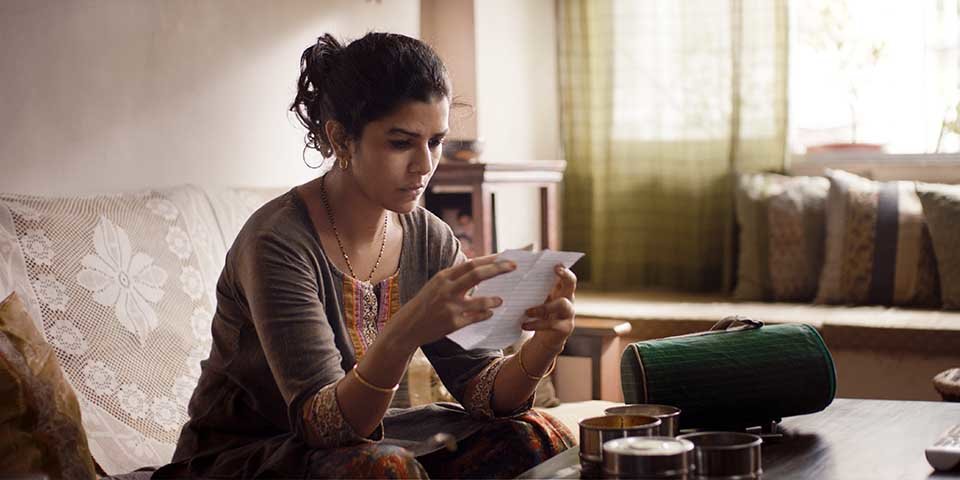 You auditioned for your role in Homeland without having watched the show. How was that experience?

Yes, I hadn’t watched the show till then [laughs]. But it was like any other audition. It was actually a serendipitous situation, where I ended up being in London when they were auditioning actors for the series, and it was something that came up last minute. I had, of course, heard about Homeland and its huge fan following. My cousin, who helped me learn my lines, said: “Oh my God! This is what’s going to happen next.” And I told her, “Okay, keep quiet.” The audition went off really well; that’s what I was told right there, while I was testing.

What’s also noteworthy about a typical American TV series is that its writers and directors change with episodes. How do you look at this assortment of collaborations?

Till now I have only shot one episode of the season. However, I have already met the writer and the director of the next episode. And you are right; it’s quite new to me. Before signing on Homeland, I didn’t know that the writers and directors change with every episode. It’s something that can work both ways — it can either bring the best out of you or it can completely throw you off. Because you are not given the complete script; you are just given the scenes. This puts you on the back foot, and you just hope that your instinct on the day of the shoot is the right one, and you are in sync with your character, and you don’t end up overdoing or underplaying it. So it’s a little tricky and new for someone like me, who has never worked where scripts are not given. It’s not very comforting for sure, but it’s a new environment. It’s always good to come out of your comfort zone.

‘It’s always good to come out of your comfort zone’

It’s not entirely desirable from the outside. I need to go with the flamboyance and the weight Homeland comes with; it is reputed for crackling writing, and the way its characters are etched out. So I am in it with good faith, and trust the reputation of the writers and the creators of the show. I am sure that they promise a certain amount of importance to every character they write, and they will not go back on that or do anything differently. Right now, I don’t have the luxury of a script; I don’t have the luxury of a lot of time to prepare — to go back and forth, think over certain choices. You are building your blocks with the material you are given right there. I don’t know what the entire structure will eventually look like. However, I do know that my character will be there in the season for a certain number of episodes. I am introduced in the fourth episode of the season, and so far it’s all the way till the end. It started with five episodes, then it got extended to seven, and now it’s nine episodes in all.

When you were catching up with the previous episodes of Homeland, what were some of the key things that struck you about the show?

I love the fact that you can’t outsmart the show. I love watching thrillers, plot driven shows, and I try to foil the plot even before it has come about — trying to second guess what’s going to happen next. However, in Homeland, the writers outsmart you every time. Not once I could say, “Oh! I saw this coming.” And I also find the show emotionally engaging. I think people are so engaged with the series because there’s so much else going on in the personal lives of the characters — whether it’s Carrie Mathison struggling with her bipolar disorder or Brody grappling with himself for almost being in love with the terrorist who turned him after torturing him. I think it’s beautiful, the way things are grey all the time. I don’t think there’s one character in the show that can be labelled as a saint or as an a***ole.

Some of the show’s fiercest critics have panned it for being “Islamophobic”, especially its latter part of the third season. What are your views on this criticism?

That’s interesting because it didn’t occur to me that way. In fact, I felt that it’s just the other way. The way they have executed Abu Nazir — the main bad guy, who is symbolic of what’s bad all around — even his death had a certain dignity about it. I don’t think the creators of the show, at any point of time, have stood for being anti-Islamic. I think it’s about a few bad representatives of a religion. Brody, the show’s protagonist, turns to Islam whenever he’s in a lurch, whenever he’s looking for answers. Finally, his solace lies in his faith, one he’s embraced during eight years of his torture, and it’s ironical that his torturers are Muslims. I think it’s a little generic to call it Islamophobic. Eventually, it’s an American patriotic series; it obviously can’t turn in a way where you are going to make those militarily outfits look good. If that’s what the people are getting at, then it’s not fair.

Characters such as yours—of a Pakistani ISI agent—often risk coming across as stereotyped, even misleading. How do you think the writers have averted this stumbling block?

I won’t know right now because I have just shot for my first episode. But more than her being a Pakistani, she has been billed as the nemesis of Carrie Mathison (the CIA’s operation officer) in the ISI. Both the characters are culturally world apart, and their struggle to reach to the top of their respective organisations is different. They are two sides of the same coin — they would never agree on the same things, but when they face each other, we get to know that it’s the same me in a different scenario. I have been told that my character is fierce, enigmatic, a seductress, but knows her job. And when you are playing a spy there are also those trappings that you have to conform to; you have to keep it entertaining and engaging. So I don’t really know right now how the writers have made the character nuanced and not stereotypical, but I can only hope to deliver what’s there on the page.

American TV has come into its own in the last decade. We consistently see them produce different kinds of well-written shows. Indian television, on the other hand, is still grappling with mediocrity. What do you think is the prime difference?

I believe the prime difference is our culture, and where we stand as a race right now. Americans have the advantage of being far more liberal and in check with their own identities. We are still very conflicted about who we are, and not dealt with some of the issues that probably came in when the British came to India. I feel that led to a loss of identity. We were a different kind of people before they came in, and we were ruled for many years to learn to live with their sensibilities. And everything that has been banned in our country—whether it’s a book or a painting or anything else — all of that has its roots in a cultural gap, where a Bombay lives in a different country, and a Bareilly is a different country. There are so many different time zones in the same city; I think India needs to come to a same time zone, for us to find a common language in our art, television or films. For that to be won over, we really have a long way to go.