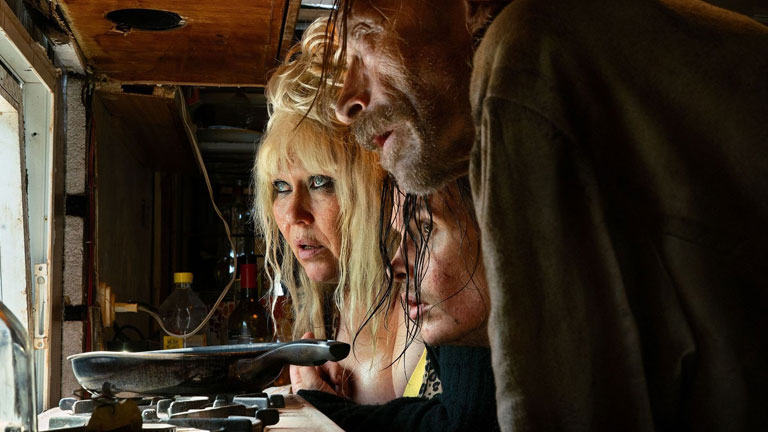 Amidst the black comedies competing in the Tallinn Black Nights Film Festival, Finland’s Hit Big catches everyone’s eye as the film makes its world premiere. Directed and written by Finnish filmmaker Jukka-Pekka Valkeapaa, he is no stranger to the film festival circuit having made the rounds at the likes of Cannes, Venice and Busan. Hit Big is a breath of fresh air, a dark and hilarious film that does not have a deeper message. It uses the truest sense of a cinematic experience to create a story that allows viewers to escape their reality by making the underdogs the heroes despite their very real obstacles and dangers.

Bar Belle, 1993 – Mikko, Vili and his mother Marjaleena run an unsuccessful bar with watered-down beer and pizza while barely able to pay the Albanians for the booze. Their mundane but happy life turns upside down when Worm, Vili’s father gets out of jail after 20 years and kicks them out of the bar through his mediator, Jormanienen. A drunk and tottering Mikko accidentally sees Jormanienen and the Albanians with a truck full of cash that Worm had hidden in the bar. Hijinks ensue as the old man decides to steal the money with the help of a drunk and vengeful Marjaleena and a worried Vili. They accidentally kidnap Worm’s trans girlfriend, Ninja and decide to use her as ransom. Things don’t go as planned but somehow they coast by with sheer luck and confidence. 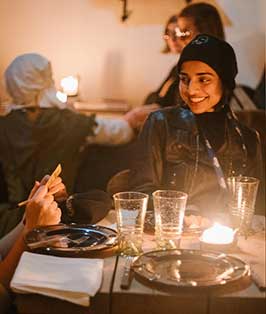 An absurd film, Hit Big uses dark comedy and gore that requires a suspension of logic to enjoy the film. But it does its job of getting the audience to sympathise with this group of misfits who are up against a dangerous gangster. Outi Maenpaa’s Marjaleena cannot see ahead of her next drink. Meanwhile, Ilkka Heiskanen turns himself into the doddering old man Mikko, the unlikely mastermind who just lives on luck till it runs out. Mikko pulls through every time despite his drinking and is there for Vili even when he is scared. On the other hand, Johannes Holopainen’s Vili is shown as unreliable but even while he is shifty, it’s just him being innocent and naive. However, the scriptwriter keeps adding red herrings that make us wonder whether he’d betray Mikko to do the right thing. He constantly has doubts but goes along with the plan. Paaru Oja’s Ninja becomes a favourite soon as well, as she just might be more deranged than her accidental kidnappers. And while Mikko grabs the spotlight, his over-the-top personality as an old drunk who can be agile when he wants to and comes up with ridiculous plans that need him to squirm through the sewers just may become too much for the audience at times.

But if the viewer wants a dark comedy, a spectacular dark comedy is what they are going to get from the absurd twists and turns to the deus ex machina ending that has everyone rooting for the kidnappers. Hit Big replaces the smart and logical characters of the heist genre to give us four horrible conmen who against their better judgement go on a dangerous path for money and revenge. And along with a fun and engaging story that never allows the viewers to get bored, we get a technically well-made film as the cinematography uses just the right balance of hand-held and stylised shots letting us marvel at the dark aesthetic of the film. Worm, the big bad guy is barely shown, his face almost always hidden, but his menacing voice steals the show. It is further complemented by the folk and Finnish rock music of the 90s that add to the atmosphere of this hilarious caper. The clever change of music and light is used as transitions such as when Vili lies on the floor, showing us how time has passed for him while Marjaleena and Mikko are busy robbing Worm. And while the rag-tag bunch of amateurs constantly keep getting lucky, it does get a little predictable by the end which could have been shortened to create more of an impact as the least clever member, Marjaleena ends up saving them all. But the film is not about growth or redemption but a chance for viewers to see the worst parts of themselves on the screen and still come to sympathise with them as they take a break from the real world.