The Gigging Life in Rural France 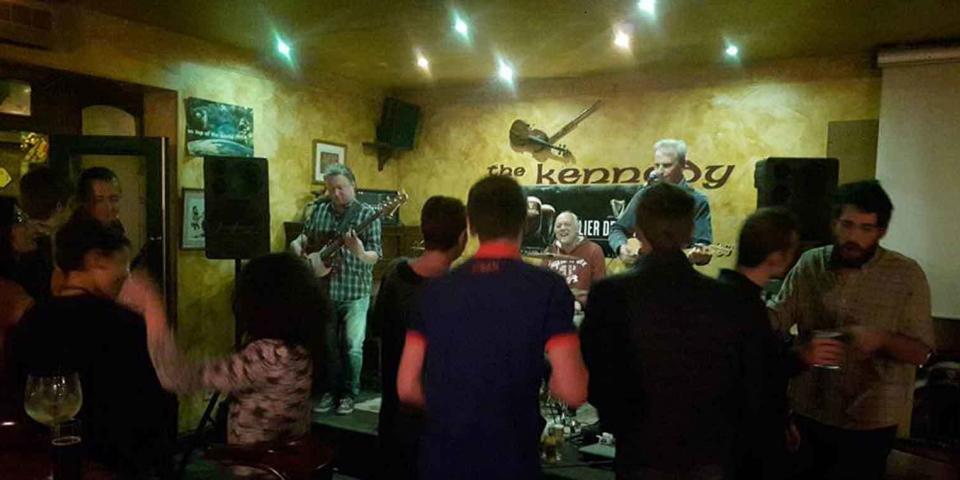 The Gigging Life in Rural France

I expect every area has its local circuit of regular gigs. There are always certain venues that feature in a band’s gigging diary. This would apply to any town or city and beyond them a wider rural area. A city often has designated venues for the ‘typical’ gigging band (and beyond these larger venues of course—up to vast arenas). This article will concentrate on the smaller gigs—the sort every band has or currently plays in its attempt to scrape a living. But with a few surprises.

When I moved to France I had no real idea what to expect regarding the music scene. I thought, perhaps, that my musical ventures might well peter out. In fact, after a few hiccups, things have been more than eventful. After a few months here in the south-west (but not the deep south-west) of France I attended a kind of ‘opening’ of a new arts venture in our nearby small, country town. Typical perhaps of our region this new arts venture has never actually opened—not in the intervening seven years! The acts chosen to promote this proposed new centre were somewhat varied. A mobile acting duo—with motor-cycle and side car—where the sidecar opened up for stage effects and props did their ‘thing’. Also a Brazillian group played, well Brazillian music. Now at this stage I had decided to concentrate on my flute playing. During the interval I chatted with the band and told them about the flute… and I was invited to join them. I drove back  chez nous as quickly as possible and then ‘sat in the with band’. From this I was invited to play at an ‘Irish Bar’ in the local major town (it has a cathedral, so a very small city in English terms). In some ways it was like being back in Britain—but in a bad way. Sodden carpets and a kind of twilight scene of grime. But the audience were great—some very nice dancing and at the end (my introduction to the French/Brazillian’s playing for as long as folk are there!) getting a kiss from a bloke! This can be de rigeur if you’re truly appreciated—but somewhat of a shock for a cold-bloodied Englishman. (Hot-bloodied when it comes to music—mais oui.) The end of the gig saw me rather sheepishly hanging around for money (it was a 48 mile round trip [80k]) and I expected expenses if nothing else). Well—that was another lesson learnt!

Eventually I hooked-up with some French bands and played 70s, 80s, and 90s French rock and pop music with one and blues/funk with the other. I was back on the drums after a short stretch playing the flute and the ‘electric wind instrument’. This period lead to some interesting gigs: ‘randonnées‘ where a 1,000 plus folk would congregate—go for a walk—come back, eat, drink and listen to us play; all out in the open with long trestle tables (I think some under canvas)—fairly big stage… lights etc. These and ‘frairies‘ (usually a two-day local celebration comprising an open-air sale… games… drink… and music of course) were the mainstay for the first band. The blues/funk band played restaurants (inside and outside), parties and some interesting places such as a restored tower full of art work and treasures and an amazing garden (where we played into the night).

One memorable gig with the blues band was playing as the backing group for a black female vocalist from Paris. She had (has!) a very powerful voice. We had already set up when the audience and the singer went down to a church near the venue to belt out some songs. We were outside chatting, smoking, drinking (or none of these) when we heard this beautiful melody being sung and getting very slowly louder. We went to the front of the ‘salle des fêtes‘ and saw a procession moving towards us (carrying candles and lights) singing this marvellous repetitive tune. Eventually the procession arrived where we were—so we took up our instruments on the stage inside, where the singing continued loudly. We then broke into our first number and a few hundred people began dancing or moving and clapping along. It was quite magical.

For the moment my experience playing in bars, restaurants and parties helped me discover the villages and towns surrounding—and the other French departments. But this was just the beginning, there was much more to see and experience including playing to four or five thousand people in a village more-or-less in the middle of nowhere! I also found that as a drummer I was ‘free’ to do what I wanted—how I imagined it might have been playing in the late sixties or early seventies. The French (the most predominant audience at this time) really seemed to appreciate the music and also my drumming. I was gaining a reputation. Music was coming to life in France—and so was I!

If you have any questions regarding drumming and/or the gigging scene, please feel free to ask.

Tim Bragg, an Englishman living in France (married to a French woman), is a writer-musician, and the founder of two prominent organisations—the (now-ceased) cultural publication, ‘Steadfast’, and the environmental campaign group, ‘English Green’. He is the author-editor of a number of books. And a singer-songwriter who plays a variety of musical instruments. He is also the recipient of an Akademia Award for Best Rock/R&B Song. You can find his drum videos here.