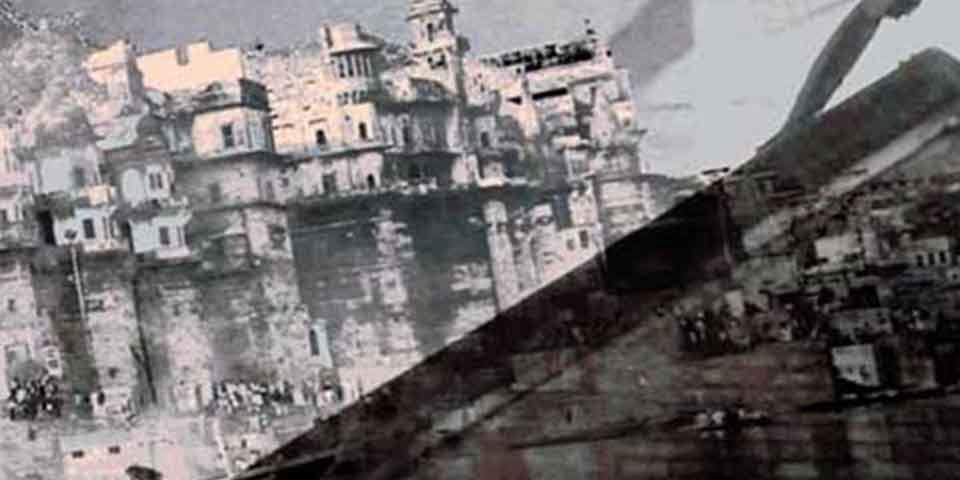 Kamal Swaroop is known for flouting every possible convention. I spoke to the filmmaker about his documentary on Dadasaheb Phalke, a project that’s taken two decades to materialise.

When was the first time you became interested in Dadasaheb Phalke’s life? What intrigued you the most about him?

I got interested in Phalke’s life in 1990, and I wanted to make a feature film on him. His background intrigued me, and the learning process he had gone through — from being a priest’s son, he went to the JJ School of Arts, then went to Kala Bhavana in Baroda, and became a small-town photographer. He was involved in theatre and music for quite some time; he was also an Archaeological Draftsman, and then became renowned in printing technology. And finally, he became a pioneer in cinema. He was truly ahead of his time — a visionary.

You began retracing Phalke’s life by conducting interviews, recording your observations in a notebook, and juxtaposing his images with quotes or articles on him. What else comprised the process in reconstructing Phalke’s life?

I had about 15 pages of biographical information on him. Then there was a Phalke centenary, and a lot of articles written by professor Satish Bahadur, P.K. Nair (Director, National Film Archive of India) — these were my primary resources. But they weren’t enough. So I began working with what I knew — that he was born in 1870, and lived till the age of 74 (1944). I divided his biography into 74 years. Then I started gathering the events in his life, by year. On the left side of the notebook, I had his biographical information, and on the right side, there were events going on in our country — related to technology, sociology and politics. I wanted to see if there was any kind of relationship between the development of time and his ageing process. And then the text assumed its own identity, because it’s reconstructing the life of the person you know nothing about.

As a filmmaker, you assiduously trying to reconstruct another filmmaker’s life almost becomes like a tribute to the medium itself. Is there a particular aspect of Phalke’s life that you were instantly drawn to?

He’s been like a specimen for me, who I could dissect. You can say it was almost like a scientific experiment on somebody [smiles]. I made Om-Dar-Ba-dar, where I was dissecting frogs, so Phalke has almost been a phenomenon for me, someone I’ve been dissecting. It’s very difficult to dissect yourself because you aren’t that old. But you know a man, who was 74 years old, and he had eight children all of different ages, who lived in different times. It was some kind of an ageing process, which obviously belonged to the past, and I could dissect it to see how the future is formed. So I am projecting in future all the time. Also, whatever work I do is contemporary as it is done today, even if it’s related to the past. Even if I do some kind of visual work on Phalke’s life, I will be using contemporary technology, and relating it to the past. So my main theme is development. What is development? At one point, it’s not about Phalke as a person. Who knows who he is? But it’s a methodology to construct history, and project it in the future.

What motivated the decision to make Rangbhoomi part-documentary, part-fiction? What was it that you were really trying to achieve with the film — was it to do with the narrative of Phalke’s life, a reflection of the era he lived in, or all of these elements together?

For two years, Phalke shifted to Benaras and wrote a play (Rangbhoomi). I had the text of the play, and wondered how I could conduct the workshop in Benaras. Because I was trying to find the resonance of the text in today’s Benaras, and the question was—can I relate it to the past? So that was the tool at my disposal—the text of Rangbhoomi. That was my primary approach. And since it’s about theatre, I wanted to focus on the theatre aspect—history of theatre at that time, the theatre of Benaras, and take a theatrical approach to the assignment. So it was more of a workshop. And anyway, I don’t make films as fully-rounded objects—my work is unstructured and fragmented, they needn’t have a neat resolution. For me, it’s always a process.

What have been some of the most pressing challenges in reconstructing Phalke’s life?

First of all, the process is time consuming. There was no Internet at that time. So I had to travel a lot, and wait for any relevant information to come through. It felt like I was just waiting all the time. The same amount of information can now be retrieved in just three days. But the amount of time consumed has created a kind of an alchemic change in me. Because I had been waiting all this while, and I had been at it — the entire process has transformed me. For instance, if I quickly gather all the information today from the Internet, it is not going to transform me because that information has not been internalised. On the other hand, the slow process of waiting and searching has transformed me.

You also have plans of directing a feature film on Phalke. What do you think that film will explore about Phalke that your earlier projects—books, documentaries—on him have not?

The earlier projects were just research processes training exercises. They were about preparing for the big thing. Now I want to do a feature film, something on the lines of a Hollywood biopic, which appeals to a larger audience. A film like Gandhi. So you will have to compress all the information in two hours, and cast actors similar to the real-life people. It will be quite challenging. It will also cost a lot of money to recreate the technology, the period and the narrative of that time.

And you want to cast Aamir Khan to play Dadasaheb Phalke?

Yes, because by that time Aamir will reach that age. The only problem with Aamir is that — although I think he still can — whenever you imagine great guys like Phalke, you expect them to have a rich baritone, like Amitabh’s voice [smiles]. But Aamir doesn’t have that kind of a voice. I had a Maharasthrian actor in mind because Phalke was a Chitpavan, so I wanted to cast someone accordingly, like a Chitpavan Brahmin. There’s a Maharasthrian actor called Shreeram Lagoo, but regional actors won’t be able to draw audience in huge numbers. Without a star, you wouldn’t be able to make that kind of money.

You have spent close to two decades trying to piece together Phalke’s life. It has involved more than 20 years of research—how do you reflect on it? According to you, what kind of a relationship do you share with Phalke?

I am riding on his back. He’s been a vehicle for me for this travel. And I am grateful to him. I have some sort of an obsession with his life. These projects have also given me an identity. Whenever people would ask me, “What are you doing?” I could at least say, “I am working on Phalke.” After Om-Dar-Ba-dar, I wanted to work on something more complex, something big. So I took this challenge because at that time it was almost impossible to attempt a project like this. I also knew that there won’t be resources, and I won’t be ready for it, so it was playing blind in some sense. But at the same time, I didn’t want anything less than Om-Dar- Ba-dar.

You have often said in interviews that Phalke was a believer in Brahma. You have also said that Om- Dar- Ba-dar was, in some ways, a search for Brahma. Care to elaborate?

You are quite right. Brahma is also called the father. And it’s a very strange relationship. In Nashik, there’s a lot of writing about the Pushkar, where Brahma comes from, and even inRangbhoomi, Phalke has shown the image of Brahma rather than Vishnu or Shiva. He identified with Brahma; and the figure of Brahma is not allowed to be worshipped. So when I was reading the text of Rangbhoomi, a lot of people asked me, “Kamal! Is it your text?” Because they thought only I can bull***t like this. But it was actually his text, so I had some kind of notion that it’s about a father figure. It’s about the creator, about his suffering.

Tanul Thakur is a National-Award-winning film critic. He used to write for The Sunday Guardian and The Big Indian Picture.