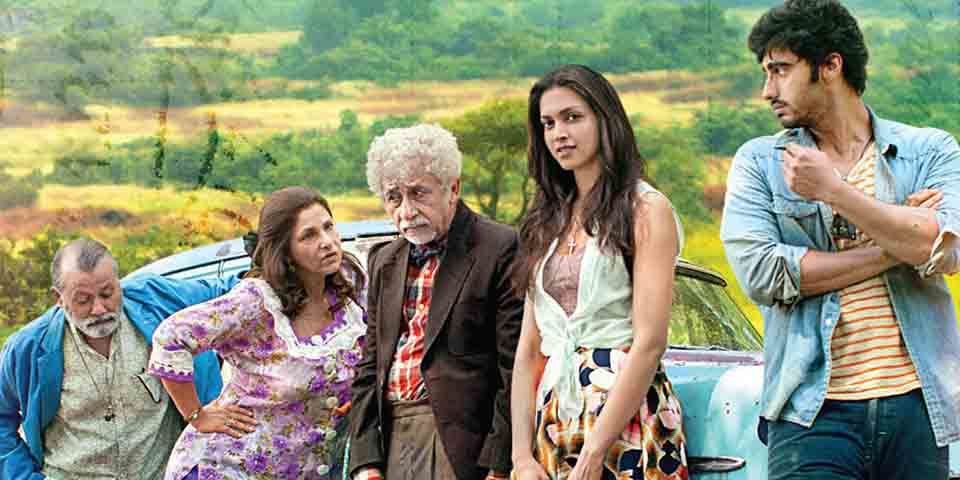 Homi Adajania cannot be slotted as a filmmaker. He’s made an off-kilter thriller as well as a regular romcom. Spoke to the filmmaker about his dichotomous filmography and directorial choices.

Your collaboration with Finding Fanny’s co-writer, Kersi Khambatta, borders on the novelistic: you first write a story, which he reinterprets in the form of a novel and, then, you adapt it for the screen. How did you conceive of this unlikely writing process? Was Being Cyrus also written similarly?

This writing process happened very organically. I feel it’s because Kersi’s writing style thrives on a play of words that lures the reader into the world he creates. The brevity and practicality of the screenplay’s format doesn’t allow this luxury. Also, I have a very visual mind, so when I read his words they lend to a very different visual or complexion as compared to the original scene. Being Cyrus was conceived differently. Kersi had originally written a short story, and we expanded it into a screenplay. In the case of Finding Fanny, I wrote the short story; he expanded it into a novel (manuscript), and then I cannibalised it into the screenplay.

Finding Fanny has been cut by two editors — A. Sreekar Prasad and Nick Moore. How different are the two versions of the film? And why did you think the film needed two different cuts?

The international or “Hollywood” cut — as the studio likes to call it — is devoid of any farcical set-ups. This gives it a lovely off-centre vibe allowing the viewer to decide whether it’s slanted towards amusing or disturbing. There’s a lingering uncertainty in this cut. The Indian cut is more intentional. The emotions intended for the audience are underlined and the loud gags have been retained. The difference in cultural sensibility prompted two different versions of the film. The Asian audience focus groups were cracking up, while the Western audience focus groups stared at them bewildered. And the same thing happened the other way around.

You are not a full-time filmmaker in the strict sense of the word. You have also dabbled in freelance writing and scuba diving. Do you think this distance from the film industry informs your writing and films in some way?

Absolutely. The bank of stories in my head is a result of more than a decade of unabashed wanderlust.

You made your debut with Being Cyrus in 2006, when a lot of new Bollywood directors had begun coming to the fore, making slightly offbeat films. Eight years since, your filmmaking journey has been almost circular — you have made films of both kinds: an unconventional thriller (Being Cyrus) and a mainstream romantic comedy (Cocktail). Even your latest, Finding Fanny, doesn’t look like a conventional Bollywood film. However, your films have always had established actors or “stars”. Where do you situate yourself in the film industry?

I feel that I am very much a part of the industry and, at some level, I am accepted here. I made Being Cyrus on a whim to figure out what the medium was about. Then I went back to live the rest of my life. Later, I was yanked out of the ocean (I was teaching scuba diving in the Lakshadweep Islands at the time) and hired to direct Cocktail. That was in no uncertain way mainstream stuff, but, ironically, I had to make a Cocktail to get the funding for Finding Fanny.

Neither Being Cyrus nor Finding Fanny are the kind of films one is used to expecting of Bollywood. Your second film, Cocktail, on the other hand, toed the mainstream line. It was also panned in certain quarters for being regressive. Two years later, how do you look back at some of the criticism leveled against Cocktail?

It’s totally justified. I don’t need two years later to tell you that. I made it because I didn’t understand the narrative format (mainstream song and dance), and that unknown intrigued me. I had a blast making Cocktail, and made it the best way I knew. If you’re looking for a cliché, you’ll find it anywhere. If the guy had got the so-called “wild” girl in the end, and the conservative Indian girl got shafted, then the same “cliché-seekers” would have said, “Oh, just because she isn’t sexually liberal and doesn’t do drugs etc, she didn’t get the guy.” Basically, it works both ways. Though if I had written the story of Cocktail (Imtiaz Ali wrote the original screenplay), the end would have seen some nice girl-on-girl action, and the guy would have been left wondering, ‘When opportunity knocked on the front, why the hell did I slip through the back door?’

What kind of creative satisfaction does making a film like Being Cyrus and Finding Fanny give you that Cocktail cannot, and vice versa?

It’s my core. It reflects me as a person. Even if I have not written the story, I bust my ass off on a project. But when the story is mine, I believe it just consumes me on a more personal level.

Naseeruddin Shah had once said, with respect to Cocktail, that Adajania “needs to decide whether he wants to make song-and-dance romcoms or dark, meaningful films”. So did you, after making Cocktail, felt the need to reassess your priorities as a filmmaker?

Not at all. I am not here to prove anything to anyone. Naseer has done his fair share of crap films for commercial gain and I think that’s fine. I don’t over-analyse stuff in my life or take anything too seriously. I go by my gut feeling and even in the future, I’m sure, in puritan terms, I may make a film for the wrong reasons. In the bigger picture none of this matters as long as you’re smiling doing whatever you’re doing.

A Death in the Gunj