The sixth edition of the Smile International Film Festival for Children and Youth (SIFFCY), totally virtual given the circumstances, got off to a really delightful opening, with excited kids from all over world happily painting the screen in vibrant colors and impatiently texting, “Start the screenings, start the screenings, we want to watch the films.” 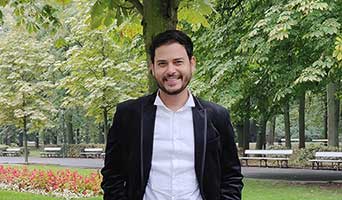 The annual SIFFCY festival, a first of its kind platform in India for children and youth, initiated by the Smile Foundation to engage, entertain, educate and empower young minds by conducting film workshops and screening meaningful cinema, began its journey in 2015 with film stalwarts such as Nagesh Kukunoor, Tigmanshu Dhulia, Hansal Mehta, Santosh Sivan, Jahnu Barua, and Resul Pookutty on board as advisory members, and Saibal Chatterjee, Utpal Borpujari, and Ashok Rane in the managing committee. The first five editions were conducted at the Sirifort Auditorium complex in New Delhi. The next two editions were postponed indefinitely, and finally conducted online from April 24 to 30, 2022. The seventh edition is proposed to be held in early December of this very year.

This edition had 7 different jury panels.

Three of the jury panels were set up by associate organisations, namely, the European Children’s Film Association (ECFA), the International Centre of Films for Children & Young People (CIFEJ), and the Film Critics Circle of India (FCCI).