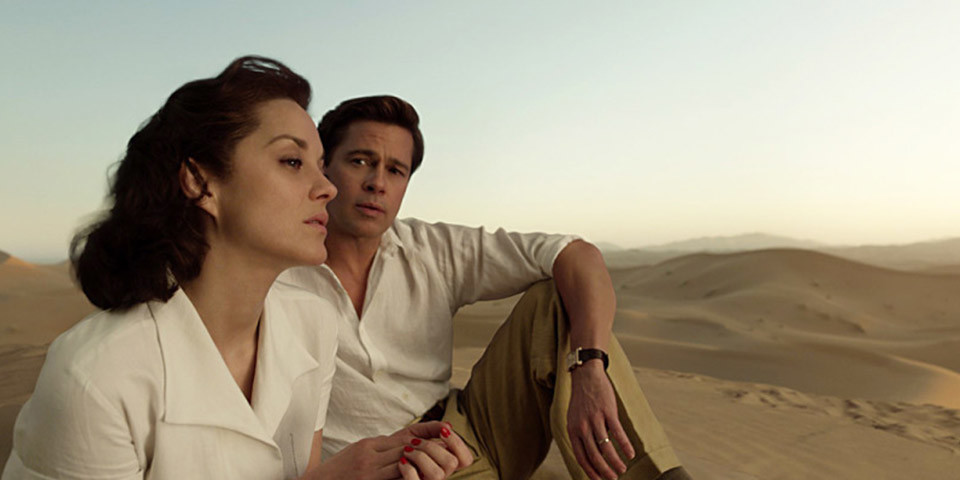 “War is hypocrite, peace is worse.” Tolstoy could have written this on his epic treatment of the Napoleonic war. Since the end of the WWII, the world has been witnessing the scourge of peace, and silent violence, every year, at every turn on the road. Marriages have been nullified, families and friends have been separated in the name of national security and loyalty. Some kinds of martial law have been imposed on citizens of many states throughout these seventy-one years of world peace. At the turn of the millennium, as the world keeps shrinking on the glides of social media, xenophobia, racism and split of society into different cultural classes are on the rise again.

This is the perfect time to remember the War.

Robert Zemeckis attempts that in Allied, his take on love and war. He asks a question, albeit a little grossly. What happens when a seasoned Canadian Wing Commander (Max, played by Brad Pitt) working for the Allied Forces falls in love, and marries, a French Resistance soldier (Marianne, played by Marion Cotillard), just to find out that Marion is not what she appears to be.

Recently, I was teaching the classical Mastershot-Coverage style, perfected in the Hollywood studio system by practitioners such as Hitchcock, John Ford and William Wyler. The camera and editing weave a narrative from an objective, third person, point-of-view (where no character from the story is looking at the characters, or landscape, in the screen) through a semi-objective POV (Suggestion-Preference Shot, an Over-the-Shoulder Shot being an example) to a Close Shot and Subjective Shot (seen through the screen character’s eyes).

This takes place step-by-step. One of my preferred choices to explain this method is the opening scene of Hitchcock’s Birds (1963). During the late 50s and 60s, many studio filmmakers went for precise compositions, using the square part of the frame for characters, while keeping the rest 1/3rd empty. That 1/3rd could be shifted to opposite edges of the frame in shot and Reverse shot, as Hitchcock chose in Birds. Or, it could be kept fixed throughout the film.

A similar structure could be found in Michael Curtiz’s Casablanca – high Average Shot Length, precise shot magnifications for specific emotional use, precise separation of the Fore, Middle and Backgrounds – a structured approach in short. Casablanca – the melting pot during the war. Allied has reminded everyone of Curtiz’s. This film remembers the story of Rick and Ilsa, albeit in a reverse manner, in the classic approach of the premonition of doom.

We see the similar shot-taking, editing, and sound design at times in Don Burgess’ and Zemeckis’ work. And because of that the film becomes predictable, albeit not for me.

The Hollywood narration mode from the war years is revoked as an emotional experiment as Burgess says. War and its justification are not questioned directly. But, they remain the film’s pivotal cause for existence.

While Curtiz’ Casablanca is kept at the subtext level, the film works more like a Hitchcock number. Marianne is not what she appears to be. Who is she?

Lost or mismatched identity would be a typical Hitchcock from the 50s. Zemeckis has taken a Curtiz film to the Hitchcock territory with the simple search for Marianne Beauséjour.

Anirban Lahiri is an award-winning film critic, and film journalist. He used to be the executive editor of Film Perspectives. He taught cinematography for several years at the Digital Film Academy. And is presently teaching cinematography at Mumbai University.