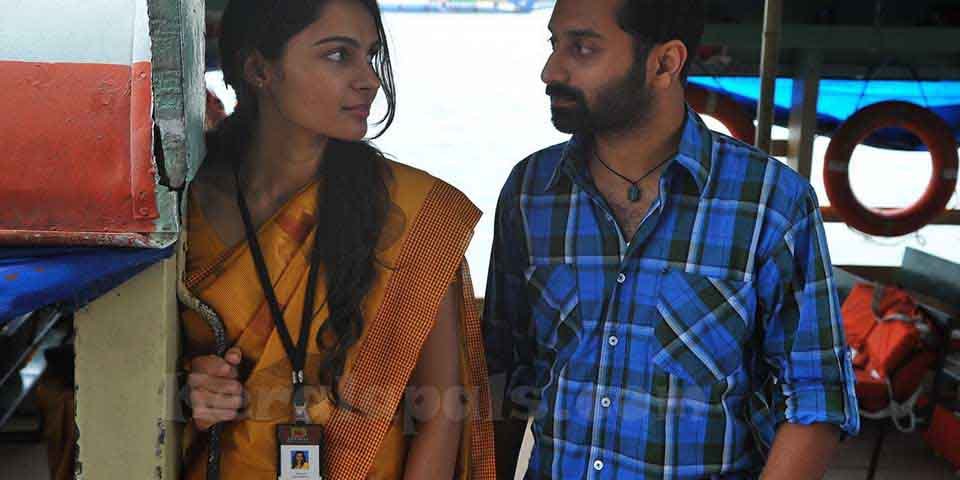 The neorealist school of filmmaking when it came into existence advocated for a particular reason the use of a deep focus lens: it allowed reality to pervade every micro-inch of the screen. Annayum Rasoolum follows none of the laid-down rules, but strives nevertheless to be real, and only partially succeeds.

The protagonist, a driver by profession who hardly works and never has money, wastes not only his time but that of the audience too by running after a girl for close to an hour. One’s a Muslim and the other’s a Christian in a small town known for intolerance in such matters; thus, you know immediately that there’s bound to be a bloody battle. If this action-romance is sort of predictive, it is solely because it authentically replicates a slice of life and its occupants, the kind that occasionally make it to the local section of the daily paper.

The characters and their behavior, from a cold-blooded knife-wielder with a happy disposition right down to a child in the background mouthing English dialogues in that singsong accent peculiar to a certain community in Vypeen Island, are convincing. Fahadh Faasil has an impressive array of expressions, ranging from that of a love-struck puppy to a murderous maniac. Andrea Jeremiah is a coy butter doll ready to melt. Together, they merge into each other dreamily.

The fights, however, employ a poetic license: anyone who is intensely familiar with the one-foot-blade-carrying street fighters from this coastal belt would know that they carry it hidden within them at every hour out of fear for their lives, and never hesitate to pull it out in a flash of danger. Here, the weapon is conveniently not always used, for it would have sufficed to alter the complexion of the gang battles, and the very story itself.

Brisk pace, rather than the traditional long take, seems to be the new-age mantra for creating an illusion of the real. Thus, experimenting with a surplus of footage, the editor jumps between scenes, deftly, with the smoothness of a driver on an express highway; ensuring a thrilling, even if excessively long, ride.

The canvas of Rajeev Ravi’s much-anticipated directorial debut, ruined in the handheld shots by shallow focus and the lack of a shock compensator, is otherwise a holy feast of appealing compositions that, endeavoring to be realistic, rely on minimal lights and stretch the luminosity limits of a variety of digital cameras well into the realm of noise.

Is this the End of Mammootty?