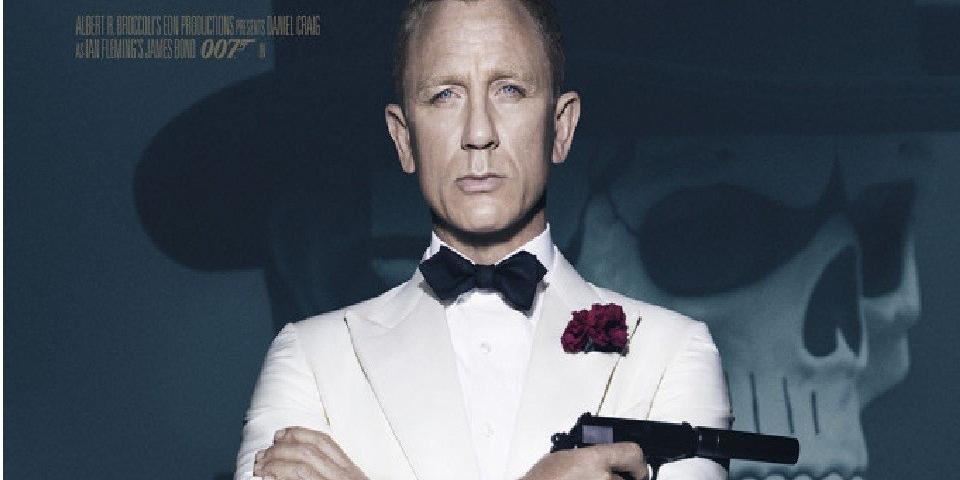 007 is dead. Spectre brought a Bollywoodish Bond home just when the previous three films sparked some hope of coming out of the typical feudal hierarchical structure of the chivalric Great Britain to address a more personal, neo-capitalist, contemporary existence. Probably, the old times had to be back as this is again a time of tension, just like hundred years ago. This is a time for the 80s Bond to be back, in a surrounding that echoes the peak of the cold war.

Our generation has grown up with incredible amount of bedazzling spectacles. These are days when nobody knows how to create fresh spectacles. Everything looks stale, overused. James Bond collapses a palacial building, in Mexico, in the opening of the film. Even that looks cliché in the context. We know that Bond never repeats the same technique twice in the same film. But, another building collapses again, in a similar manner, in the end of the film. We are not awed. By that time, we knew that Bond and his girl, Dr Swann, played by Léa Seydoux, would escape on a rope and a hanging protection underneath, just like Batman and his girl, and the building would be grounded in dust, behind them.

I was haunted by memories of the Bourne series (2002-12) while watching this Bond. Just like the intra-organizational sabotage of the Bourne series, the “on your own” one-man army (although he takes Money Penny and Q in confidence) takes care of the Spectre Chief who remains in shadow, much like the villains of the earliest Bond films, starting from Dr. No (1962). Both the villain and the hero, it seems, suffer from injected, artificial confidence, in this latest offering from Sony Pictures. It feels something is amiss.

Bond was a phenomenon from the middle phase of the Cold War. Sometimes the films mentioned the erstwhile USSR, the enemy, directly. The British identity was the direct result of the lost glory of the empire – strictly a colonial hangover, with a neo-liberal feudal structure and the associated patriarchy intact. While watching James Bond, it seemed that the UK, and her Majesty, still commanded the colonies. We were under the suspension of disbelief that it was not America, but their predominant origin – the Brittania – that ruled the world. And Bond needed his enemies – the enemy, in fact – the similarly shadowed No 1, featured in sevral early Bond movies. The enemy was needed to retain the balance, the satus quo, just as the USA needed other economies to retain its upper hand, especially after the WWII.

After the great collapse, and the neo-liberalization that followed the globalization, it became difficult to decide who was the archenemy – the remnants of the earlier Soviet, Iraq, North Korea, Cuba or someone else. The early 90s was a time of political confusion, as it was the time of building socio-cultural conformism that was made to look like rebellion to older values. A section of the new youth had everything in excess. There was no suffering anywhere on earth. Everybody was in euphoric state with the credit economy, outsourcing, surplus wealth, cheap air-travel and satellite TV. Well, until the great crash of 2008, which intermittently kept reminding everyone of insecure future.

That was a time when the State began shedding the responsibility of maintaining a cooperative collective. The responsibility for everything was on the individual him/herself. We may say, a good confused example of contemporary, capitalist, existentialism was taking shape. But, that burst before it could reach stability. We were reminded that the individual cannot survive without the support of the collective – that is why early tribes, and settlements, formed. After the first implosion of the early bubbles, the State had already withdrawn much of its responsibility, but the individual, and the individualist/capitalist economy was yet to be self-sustaining. This imbalance produced the dilemma of the contemporary existence.

The question was, is the individual on his/her own, or there would be state support? The same question repeatedly surfaced up in all Bond movies made after 2008 – the Daniel Craig Bond movies, in fact. While Pierce Brosnan was a charming, Raymonds Man, ad-hero Bond, Craig looked more practical, realistic, “assassin” 007. We may remember, Sean Connery, the first James Bond, was a mix of these two qualities.

In Spectre, this practical, existentialist, decision-maker Bond is under attack. This film looks more like a Spoof of what could make James Bond the superagent of our times.

Sam Mendes, along with the DP Roger Deakins, presented a beautiful-looking, rather intellectual, Bond movie few years ago. Skyfall (2012) was grand in comparison. I wonder why Mendes made this spectacle-saturated, suffering-from-indecision, James Bond movie, which involves a rather cartoonish villain who discloses plans too quickly after staying in the silhouette zone in the introductory sequence.

Another question pops up when we see all these. Do we really want to watch another James Bond movie? The war is more immediate and metaphoric to us, thanks to the incessant feed from our cellphones and laptops. The war, which is brewing in the land between the Middle East and Germany now, where Russia and the USA are going to play the bigger roles, is not yet a real war to most Indians. Even to the regular consumer of the daily news, the war is metaphorical, almost an urban myth. Do we need a further metaphor in the guise of James Bond, which even fails to be a correct allegory for the contemporary man’s loneliness and total disbelief in the past or future?

Anirban Lahiri is a film critic and cinematographer. He is the executive editor of Film Perspectives. And taught cinematography, for several years, at the Digital Film Academy.