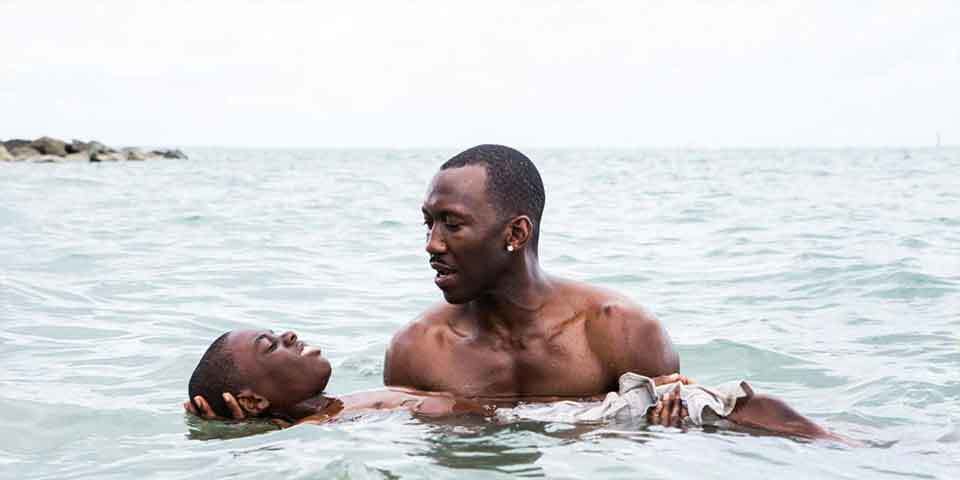 Moonlight. Coming-of-age story of a bullied boy growing up in an atmosphere of drugs and stuff.

The film should have been called Vulnerable. That’s all I took from it. Irrespective of the age of the protagonist all I wanted to do as a viewer was to hold him and comfort him, give him a hug and say the world will get better, hopefully. What stellar casting. We all collectively jizz in our pants if the actors cast for the same role at different ages look similar but here they all get the same vulnerability, the feral rat feel of looking at life, the inability to communicate, the quiet desperation…The direction is superb. Too much is said about dialogues and this movie is all about the stillness, the inability to speak, the diffidence of the protagonist and I will reiterate absolutely brilliant directing. Barry Jenkins, take a bloody bow. You deserve all the awards, Sir.

Moonlight reminded me a lot of Fandry – The same fringe, the same need for affiliation and identity, the need to be loved.

“This world isn’t just cruel or grim. Every now and then, it shines moments of compassion and friendship, shared on a playground or beach, centred on meanings of identity, of finding oneself… Fascinating examination of the self, an inquiry into the difficulties of escaping one’s past and a commentary on maintaining relationships in historically disadvantaged communities, where self-preservation and social acceptance are the only means to survive.”


Tanul Thakur, The Wire
“Soulful and evocative work of motion picture poetry… The film is shot as if the main character Chiron has a camera for an imaginary friend. It perches near his shoulder and, wordlessly, gives us a sense of what this blessedly silent protagonist might be feeling.”

Rating:  THREE AND A HALF stars | Full review


Raja Sen, Rediff
“Life is worth living when there is someone who understands you, who hears what you do not say… How tough must one be in order to be man enough?”


Sumeet Kaur, Deccan Chronicle
“Deeply moving character study of a young man who doesn’t quite know who he is, a man struggling to comprehend his first sexual experience, a man who ultimately fails in building a wall around his heart.”


Rajeev Masand, News 18
“This is a film for the purists. The aesthetics are perfect and the non-judgemental empathy and concern displayed here, creates a haunting aftermath provided you are willing to sit through the unique experience.”


Johnson Thomas, Mid-day
“Moonlight represents American independent cinema at its finest…. It’s difficult to recall the last time a drug lord was portrayed with such empathy and compassion. Sustaining a rhythm uniquely its own, the film captures the agony and ecstasy of first love with painful clarity.”

“Takes you right inside the heart of the black experience with a breathtaking lack of artifice…. The crime-infested, drugs-ridden face of the American housing projects has become a pop culture cliché. But in the way ‘Moonlight’ is written and performed, the setting and the story, both so specific and so universal, break your heart all over again.”