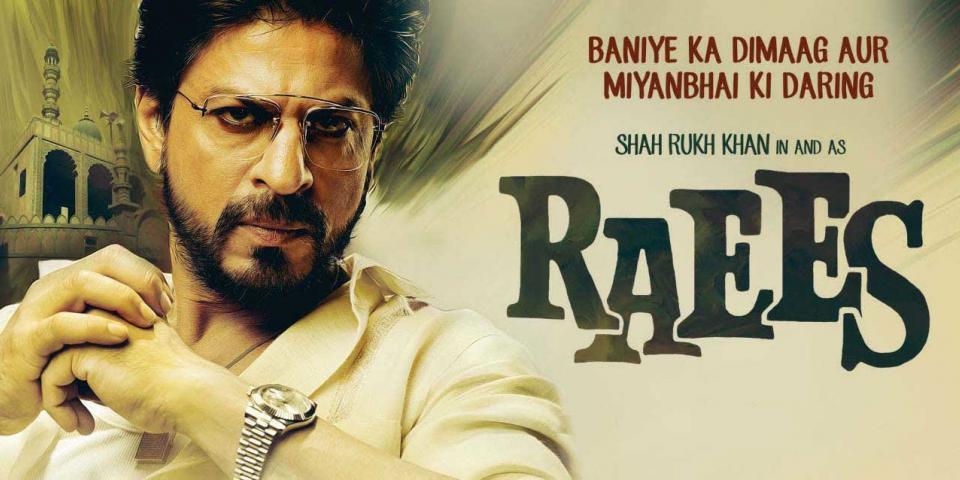 Raess (Wealthy) is reportedly the biopic of an underworld don.

‪”It’s the percipient charisma of SRK on whose confident shoulders Raees marches along the road to learning just how bad is bad enough. But Nawaz’s winsome cunning is where lies its dimaag and daring. There’s a good deal of Bachchan’s Vijay in its DNA but the cat and mouse felt a nice recall to FK-Amjad’s camaraderie in Qurbani. Raees gets too busy in the latter chapters and sassy ambition making way for sudden burst of conscience feels heavy handed. I was very disappointed with its final scene. Still it’s got enough wind in its moments to ensure the period drama leaves you more high than hanging.”‬
–Sukanya Verma | Film critic

“The film is nothing more than adolescent macho escapism.”


Amit Varma, Huffington Post
“Raees has a very bold Shah Rukh Khan who has stepped out of his comfort zone of crinkly eyes and dimpled cheek.”


Saisuresh Sivaswamy, Rediff
“Expectedly, the principal premise of the film is morally dodgy, what with the protagonist being a defiant law-breaker who willfully erases the line between right and wrong and swears by the primacy of his shady business.”


Saibal Chatterjee, NDTV
“Of all the rules handed down by The Godfather, the idea of don as benevolent patriarch is what filmmakers here seem to have taken most to heart over the years.”


Uday Bhatia, Live Mint
“Trajectory… similar to that of Pablo Escobar (as seen in the Netflix series Narcos; or even in any of the other gangster flicks director Dholakia has said he was inspired by, such as Godfather and Scarface.“


Rohini Nair, First Post
“A film that seems so remarkably inspired by the TV series on Colombian drug lord Pablo Escobar that it is impossible to analyse it in isolation.”


Sarit Ray, Hindustan Times
“Shah Rukh Khan manages to break through in some scenes but this film belongs to Nawazuddin Siddiqui who is having the time of his life.”


Shubhra Gupta, Indian Express
“In the action scenes, SRK mounts walls and leaps over buildings with the agility of Contra. But this is barely enough to make up for his loud and lazy performance.”


Kunal Guha, Pune Mirror
“It is clear that the makers dumped the character of Raees on the script like ordinary mortals drop clothes into washing machines—listlessly… Film after film these days, Khan’s directors have been giving him roles to play in which the woman he is supposed to be in a relationship with is pretty much a joke. These women are absurd, or unreasonable, or simply pathetic, like the character of Raaes‘ female lead. And their job is to worship the star. Exactly why was Deepika Padukone made to grovel in a pool of low self-esteem and self-pity in Happy New Year? Or Mahira Khan made to look like a glorified curtain in Raaes? And why was Kajol the hot-headed, easily-conned fool in Dilwale? And, for god’s sake, Kareena Kapoor’s character was such a zombie in Ra.One that a robot seemed more human than her.”