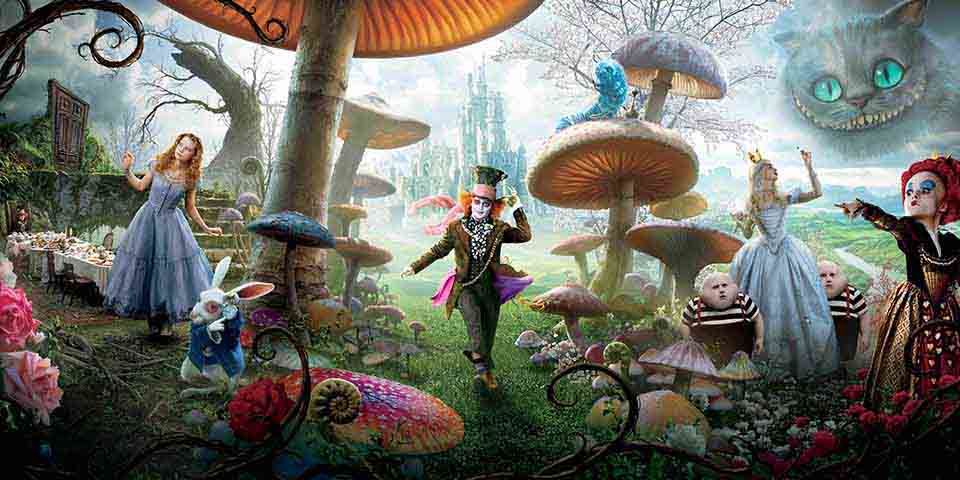 “Do you think I’m going mad?” asks the Mad Hatter (Johnny Depp), with a solemn face, in Alice in Wonderland. “Am afraid, you’re totally bonkers”, smiles Alice (Mia Wasikowska), who, like the Hatter, is a social misfit, “But I’ll tell you a secret: all the best people are”.

She’s a nineteen-year-old in this edition, adapted from Lewis Carroll’s ‘Alice’s Adventures in Wonderland’ and ‘Through the Looking Glass’ and set in Victorian London. When Alice falls into a rabbit hole, and ends up in Wonderland, its inhabitants, who have a picture of a sweet little child in their mind, believe that she is the wrong Alice.

The script uses a clichéd success formula for larger public appeal: a rebellious, young lady on the verge of an arranged marriage, and the ‘reluctant chosen one’ character.

This version of Alice isn’t one to be told all the time how to dress and how to behave “properly”, and what to do and what not to do. She has a mind of her own, a strong one. And she would like to be able to make her own decisions and choose her own path. The Mad Hatter raises madness to an exalted position. Naturally, the duo shares a lovely chemistry.

Johnny Depp is a school of comic acting all by himself. Uttering gibberish, and rolling his emerald eyes gravely, a mocking cackle bursting from within his throat, as the brave sad-mad clown, he’s absolutely crazy. Indeed, it’s not easy to say where the Depp character ends and that of the Hatter begins, or vice versa. When he dances, his limbs appear to be held together by elastic hinges.

Mia Wasikowska is talented, but she lacks the charismatic innocence associated with the character of Alice. It’s no wonder, then, that the latter was greeted with disbelief in that fantastic land. Even fans of the book and of the various screen adaptations may be a little disappointed.

The film starts off with crisp dialogues and visuals, but later on gets a little too frivolous. Frankly, the ‘evil’ queen with her physical deformation and childish frustration is more pitiable than despicable. Forget brandishing a sword, poor Alice doesn’t even have the strength to hold it; and the way she runs after the dragon, one fears she’ll stumble and fall. Much of all the silliness could easily have been pardoned, of course, if the film was meant for kids and Alice was a lot much younger.

Thoroughly enjoyable for all ages, though, are such sights as a filthy mad-tea-party in the open air, and people ducking with casual ease to avoid the March Hare’s cup and saucer missiles.

Tim Burton’s live-action/animated fantasy adventure maintains a light, cheerful tone, despite the inclusion of battles, swords, and sorcery. It demonstrates the power of kindness, fearlessness, and focused determination; emphasizes the importance of timely decisions; and encourages individuals to question the ridiculous rules of society and to follow their mad, “impossible” dreams.