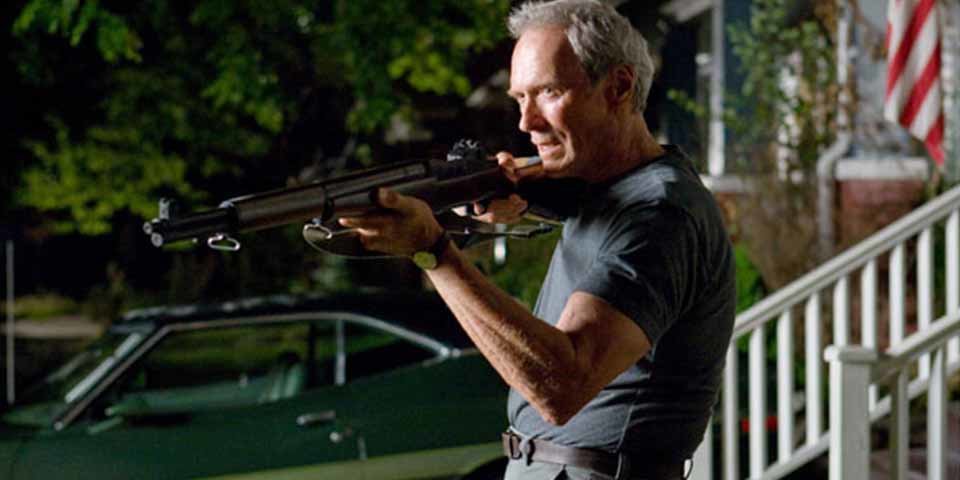 Wrong conditioning often leads to discrimination against the beliefs, customs, practices, and social behavior of a society diametrically opposite the one in which you were raised. However, like Walt Kowalski (Clint Eastwood) in Gran Torino, if you interact positively with that ‘alien’ society, you will gradually discover that there is much that you can imbibe from it.

Recently widowed Korean War veteran, Kowalski, an aged Polish American, lives alone in a neighborhood of peaceful Hmong emigrants as well as racist gun-toting gangs with no life direction. He cleans his rifle ever so often and keeps his distance from everyone, including his sons and their families who have an eye on the old man’s possessions.

Times change, and so do the surroundings and old values. Unable or unwilling to adapt, old folks are known to retreat into their own world, cling onto their past, and become untrusting and intolerant.

The script examines the effects of this malady on the individual. And suggests that, often, the least they need to do for themselves is to free their conscious and unburden their souls of the weights that pull them down. Here then is a reluctant hero and a role model “haunted by things that he was not ordered to do”.

Eastwood the actor, coming into action after four long years, has a face that is permanently lined with the torments of a war veteran. He growls disapprovingly at people with no morals or respect, and is bluntly rude to anyone who intrudes on his privacy. Rocking in his chair on the porch with only his dog for company in the fading twilight of his life, Eastwood is the picture of anger, mixed with contentment in resigned loneliness.

You’ll love it when the Old Wild West gunman stands face to face with young hoods, draws his hand from inside his open coat, sedately, aims his fingers shaped like a pointed gun into their face, and cocks his thumb, threateningly. How do you take down a gang of heavily-armed thugs? Eastwood shows you how, chanting ‘Hail Mary’, and ending it by putting his feet together and spreading his arms out like Jesus on the cross.

Eastwood the director has created another sensitive piece on human nature; one that removes the prejudice that floats over the head of a cranky angry old man, and replaces it with a halo; and pays homage to Marlon Brando’s character in On the Waterfront.