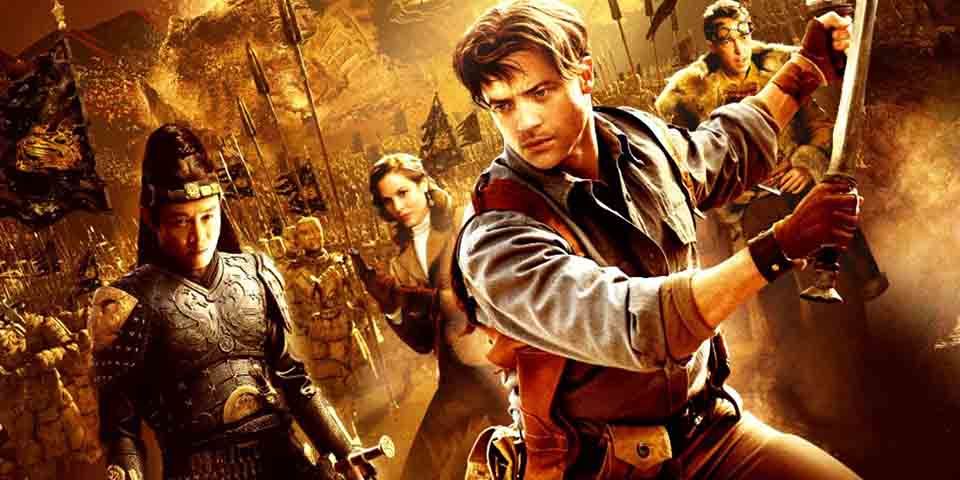 I don’t think the Chinese government would be highly amused. In The Mummy: Tomb of the Dragon Emperor, one of the generals wishes to resurrect and hand over the helm of affairs to a 2,000-year-old cruel despot, Emperor Han (Jet Li) and his ancient army because “presently, chaos and corruption rules the land”.

Blown away from Egypt, the third part in the Mummy series lands up in China, and an ancient spell is cast in Sanskrit. The premise draws inspiration from an historical figure, Emperor Qin Shi Huang, who was buried in a tomb along with an army of warriors made of terra cotta material.

Like the adventurous family in Indiana Jones and the Kingdom of the Crystal Skull, the aged couple (Brendan Fraser’s back, but Maria Bello replaces Rachel Weisz) is semi-retired, and their boy is now a grown-up teenager out to prove his mettle.

Fraser is the fallible man next door who needs a gun to catch a simple fish. It’s a mystery, therefore, how he manages to take on an entire Chinese legion. Unless, maybe, someone is making another mischievous comment?

The bad army led by the anti-freedom despot, interestingly, is a perfectly organized unit that advances like a machine, while the good army of freedom fighters has no strict formation or any sense of discipline.

Quite understandably, there’s some Kung Fu fighting. How good? Well, when you have a martial arts exponent such as Jet Li on one side and a practical novice such as Fraser on the other, how good would you expect it to be? More importantly, if the two ever fight hand to hand, “like men”, who, in a Hollywood film, do you think will win?

Acting? Ah well, it’s as pretty good as the fights. Enjoying themselves thoroughly, Fraser and his friends and family jump around the overcrowded battlefield like jokers with cardboard swords in a street circus.

Packed with pyrotechnics, magical desert sand warriors, and other such baloney, the canvas is a visual splendor. What’s missing is the inclusion of a soundtrack with authentic Chinese music topped with rural drums and a serene bamboo flute.

Rob Cohen’s happy family adventure drama is just what the doctor would prescribe for those moments when you feel that the world around you has begun to crumble. It’s a magical pill packed with thrills and laughing gas that ought to lift your spirits from that state of temporary disorder.