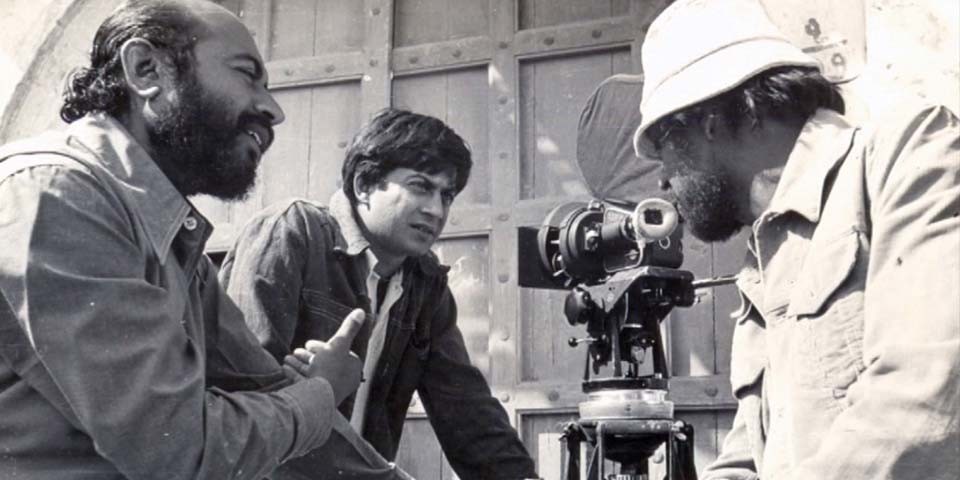 Imposing, ancient, heavyweight pillars, and busy preparation for a shoot in the midst of them—this is the opening sequence of Benegal’s New Cinema, a film by Iram Ghufran, who had us mesmerized with her earlier film, ‘There is something in the air’. The pillars create a sense of traditional dignity, and the enthusiastic shooting crew instills a mood of youthfulness and vibrancy. Through the opening images, Ghufran sketches the fortitude of a director, and reveals the central theme: Benegal, a passionate and spirited youth with a dream to do something new and youthful, something different from the prevailing old environment.

The film offers an insight into the attitude and influences of Benegal, from his restless nature striving to pave his own path to his fascination for Guru Dutt’s creations such as ‘Baazi’ and ‘Kagaz ki Phool and his motivation to direct a film after watching Satyajit Ray’s ‘Pather Panchali’. It shows his love for the genre that was nourished by directors such as Bimol Roy and Mrinal Sen, and how he transformed that genre into a more meaningful, more realistic, and significant partner of world cinema. It shows how Benegal reconstructed that traditional ritualistic method of storytelling with his own signature approach; this, Ghufran terms as New Cinema.

Ghufran plays with the various camera angles to break the monotony of the interviews. And displays her distinctive joie-de-vivre, adding motion to the stills and graphic design to the film clippings, and even including an uneven projection of the clippings on a cluttered wall. These spirited elements add ornament to the narrative of the film. The absence of a voice-over in the film proves the craftsmanship of the director.

The imagery range from working stills to video clippings of interviews of persons who were Benegal’s co-travelers in his film-making journey. Additionally, there’s the interview of Shyam Benegal himself—his words are simple and straight from the heart, yet heavy with deep conviction—designed almost like a mirror reflecting Benegal’s passion, desire, quest, trauma, ideology, experience, and aim/objectives. Various angles of Benegal’s philosophy of life and work, skill, craft, aesthetic, and spirit is revealed through the eyes of the people who knew him closely. The film also sheds light on the theoretical and practical aspects of Benegal’s film-sense, and satisfactorily offers a multidimensional, multi-layered picture of the great director.

The visuals, correctly, lend an academic mood though the film is loaded with film stars. One can easily feel the presence of Ghufran the director in her command over the craft, communication skill, and innovative manner of presenting what could easily have been plain, dull information, in an attractive pattern. This 58-minute documentary can be an important study-reference material of Benegal the director.