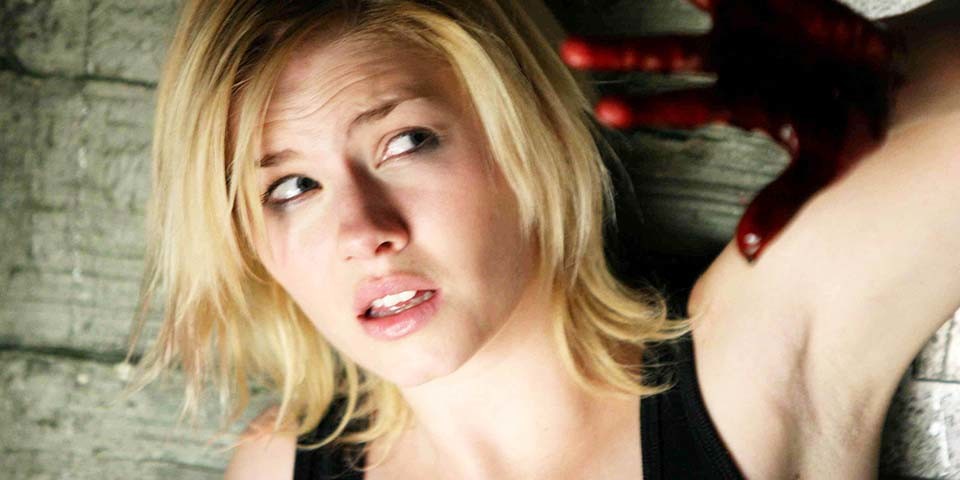 Some films, such as Captivity, are made for a singular, shocking purpose: to capitalize on a sick audience’s thirst for sensationalism and the gross spectacle of human blood and gore. They also reveal, as in this case, the deteriorated condition of its maker’s mind.

The filmmaker, decaying in the darkness for too long, appears to be isolated and insecure. Relegated from the limelight to the shadows, he displays a mix of concealed envy and spite towards those “living the bubble life”. He yearns to break out of his damned confinement. And he knows that there is hope for as long as he lives. All of these inner thoughts of his are conveyed by the lead characters through their dialogues.

So, what is the story essentially about? A celebrity, Jennifer Tree (Elisha Cuthbert) is kidnapped by a serial killer. Then what? Attempting to provide wholesome entertainment, the psychopath, among other nauseous things, grinds a previous victim’s eyes, ears, and nose in a mixer, and force-feeds the bloody juice into her mouth through a funnel.

I am still in a state of utter shock; shocked to see the tragic pits to which Roland Joffé, the director of such notable films as The Mission and The Killing Fields, has degenerated.

Still, it isn’t as if he has lost it entirely. He’s “precise in his purpose”: mass sales of his film. The script may be senseless, but the filmmaker is still very much alive artistically. He extracts a great performance from Cuthbert, uses camera perspectives and rhythmic editing to his advantage, and plays with motifs such as light.

Here’s a brilliant excerpt that expresses volumes: The girl wakes up, dazed, in a plush apartment. Everything around her seems real. From the bright morning sun in her eyes to the waves in the sea outside the window. Then, all the TV visuals are suddenly turned off. And she realizes she’s actually in what now appears to be a dungeon. The vanished illusion shakes her back to her senses.

The captive, condemned for being a star, is captured continuously by surveillance cameras in her cell. For, as the film comments, stardom attracts all the attention and kills privacy totally, but it is unreal and short lived, and the preserved moments in tapes and books is the only thing that lasts forever.

Quite apparently, the antagonist of the film is the filmmaker himself, and his trapped victim is the memorable image of his own erstwhile days under the spotlight. Such is what instant fame followed by failure has finally reduced Joffé to: a tormented artist, subtly/subconsciously pouring out his frustration on celluloid.