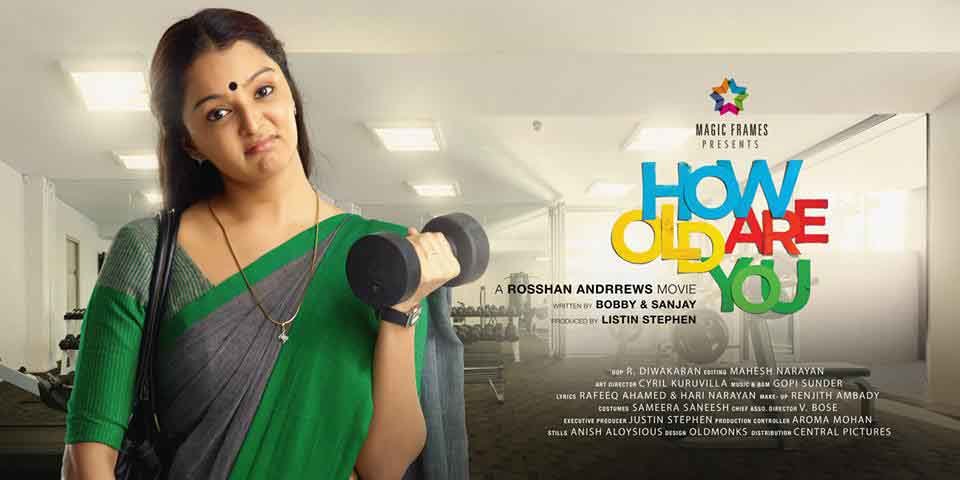 A women can be all that she practically dreams of being. And, as How Old Are You emphasizes, nothing at all ought to prevent her from achieving her goals, least of all, her age.

The protagonist’s story and frame of mind is modeled on that of the actress herself. The reel replicates the real here: a husband leaves his wife, and the muse of freedom descends upon her. Manju Warrier’s voice is that of the millions of women trapped in a career-less marriage.

Initially, she’s the picture of the plain woman next door. She wakes up early, cooks for the family, sets off for work, and then finishes off the evening chores when she gets back. Humdrum life. Nothing to look forward. Until that day arrives when the false veil of security is lifted off her face. And it suddenly hits her that her life has no meaning.

Once she takes off, though, this independent woman is truly happy, for hers is a power that arises out of pure goodness, altruism, and a genuine desire to build a healthy community. And she has something important to say. To men: gratefully, eternally, revere the woman who places the warm food on your plate. To women: there is an indescribable blissful sunshine that exists beyond your vegetable existence.

Manju Warrier, who quit acting fifteen years ago post marriage while at an incredible peak, has declared her intention. This time, she has arrived to stay. The actress possesses a myriad of expressions. She wears her head firmly upon her shoulders. She’s bitchy. She’s sweet. She’s bold and confident. And a pretty lot more.

She’ll even have you in splits performing what is essentially a silly scene that a lot of others would easily have botched. Invited for breakfast with the President of India, she grandly marches into the Taj hotel holding a whole lot of bottles of homemade pickles. Watching her, you get the feeling that this is just a curtain raiser, a teaser.

The low-key lighting and non-stylistic conventional angles enhance the seriousness of the subject and the atmosphere, and heighten the inner feelings of the protagonist.

Rosshan Andrrews’ woman-power drama isn’t anything close to the stuff of either commerce or art. But it suffices for a start. It blasts the myth, through its comeback star, that women have a shelf life. What is primarily required to be continuously blessed by the limelight, the leading lady demonstrates, are discipline, positivity, intelligence, and immense talent.