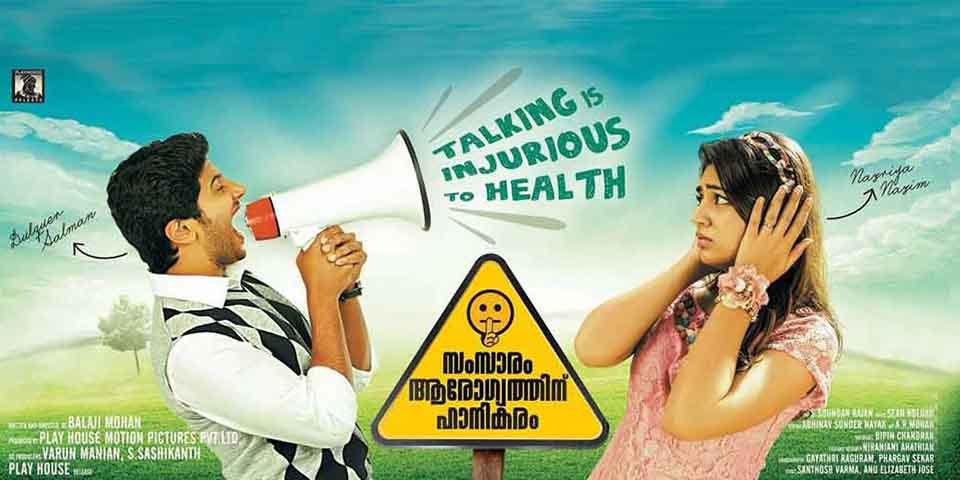 Experimentation when there is much to lose is an art that requires tremendous daring. ‘Samsaram Arogyathinnu Hanikaram’ (Speaking is injurious to health), shot simultaneously in two languages and with a happening hero-heroine duo, has no dialogues for almost a fourth of its running length.

A rare epidemic breaks out. A virus that takes away people’s voices. Soon, the government passes a decree. Anyone who talks or even accidentally makes a sound is immediately foamed and quarantined.

The premise may have been inspired by a certain classic short story. About a man who intentionally cuts off his cursed, wagging tongue and is transformed from a hated to a loved person. Or, it could be fresh. We may never know. For, some writers are visited by original ideas. Some aren’t conscious of their sources. And some simply do not possess basic courtesy.

Speech is a gift. But to the tongue-tied and the ones who have no control over their choice of words, it can be a real misfortune too. The film editor sticks a tape over the mouth of one such sad case every time he opens it.

The very idea of a wholesome entertainer with no dialogues for the major part sounds quite challenging. Indeed, the rest of the departments attempt to fill this void and hold the audience’s attention.

Soundararajan shows off his skill by over-lighting a room. The cinematographer gets his mathematics a little wrong. The early morning HMI ‘sun’ floods into it from two different angles.

With or without a voice, Dulquer is as sweet as the toffees he distributes to the children in an orphanage, and to the pretty, young doctor who administers his daily injections. Nazriya Nazim is a picture of elegance, and a natural talent before the camera. Together, they are a pair of love birds. Playing a madcap health minister jumping about like a jackass, Maniyanpilla Raju is a satirical spectacle.

This almost-silent film includes an interesting scene of two warring camps who face each other off by performing a semi-comic/semi-serious pantomime. The battle begins when someone picks up an imaginary gun and opens fire. The sound effects produce a realistic image. Emotional characters and moments and the fanciful film score add to their drama.

Perhaps, the logic was that if the French could pull it off with The Artist, then it’s worth a gamble here in Malayalamdom too. Balaji Mohan’s fairytale romcom may not be all that artistic but it manages to evoke memories of the awesome silent era of cinema.