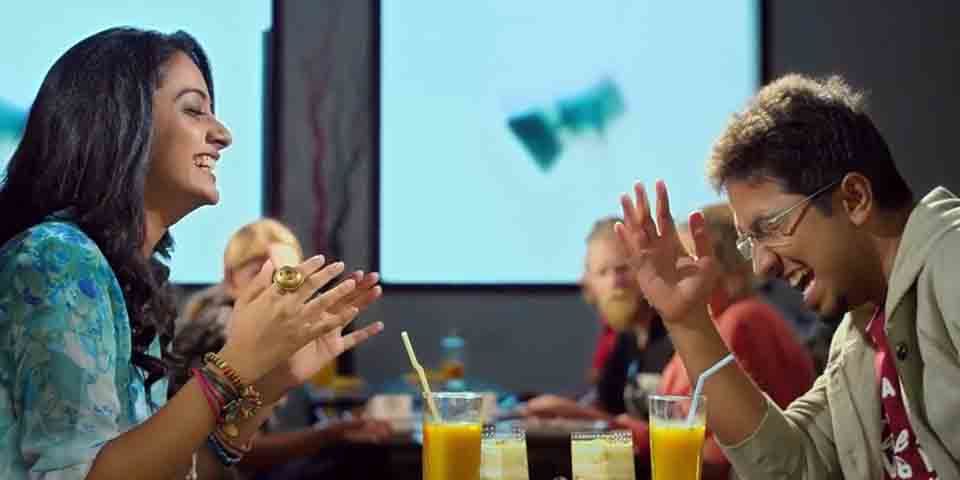 Those areas of memory which are directly linked with the species’ instinct cannot be completely wiped out in any living organism during their potent period. The assumption to the contrary made by Ormayundo Ee Mukham (Do you remember this face?) is plain nonsense.

Nithya (Namitha Pramod) finds herself in an odd condition after a car accident. Every morning, she wakes up with no memories of the previous day. Well, almost none. She conveniently remembers only her sister and surroundings, and that she has a diary that needs to be referred to. On occasions, she remembers more than she is supposed to, depending on the whims and fancies of the scriptwriter-director.

Walking about with troublesome loads from the past in one’s head can be very damaging to one’s mental getup. Goutham (Vineeth Sreenivasan), whose family owns a pharmaceutical company and an ayurvedic memory tablet, suffers from chronic forgetfulness arising from stressful memories.

The rest of the characters too are not particularly normal. A self-proclaimed “modern woman” tells her man, ‘Tomorrow is our first date, so don’t forget your wallet’. How feminist is that? In another incident, the lead pair masters the famous peg system of a memory technique, in a matter of seconds, simply by flipping a few pages of a book without reading it. The dialogues and scripting is that unintelligent.

Truly pleasing to the eye, however, is one particular scene depicting an animation style pioneered in the late sixties. Nithya pours fine grains of sand on backlit glass. Then, her hands move artistically over the glass. And paint a variety of patterns, scattering the dust like the memories on the canvas of the mind.

When Namitha falls into her man’s arms, you can almost hear her heart flutter and take to the skies. At such kind of gestures and expressions, she is pretty good. Vineeth carries himself with some amount of seriousness. There is integrity in his eyes. And his ordinariness is immediately likeable. The poor fellow though isn’t anywhere as funny as he would like to be.

Memory and our understanding of it may still be in a very infant stage. However, there are some things about it related to feelings that you can be very sure of. You don’t need to be a rocket scientist to know the basics of the human senses.

Anvar Sadik’s romantic movie wants you to believe that shared biological moments can be temporary. And that a young female can easily forget the giver of a lip kiss that sent chemicals flying in all directions in her body and set her heavens on fire.