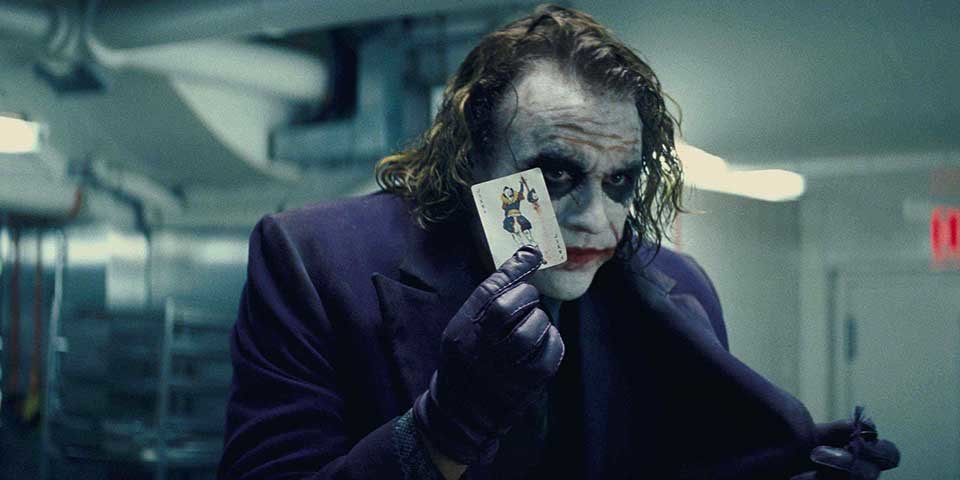 A superhero is compelled to make grave choices, and a city soaked in corruption questions its conscience in The Dark Knight.

Unlike many of the other mass entertainers, this dark sequel to Batman Begins has a substantial plot, albeit, a slightly far-fetched one riddled with holes that manages to wrap things up in the end and satisfactorily justifies the title.

The script contains allusions and parodies, and pays tribute to an American hero by having someone sew Batman’s hand with an ordinary needle and thread. Batman (the macho Christian Bale; doesn’t get an opportunity to take off his new Bat suit to display his muscles) makes predictable entries. He always arrives on the scene just when he is expected.

What surprises, though, is the writers’ inability to think up more believable scenes. Instead of chaining and locking up an insane master-criminal in a high-security cell, an officer casually strolls into the place where he’s lodged because the script requires the former to escape.

The cast is star studded, and everyone does their bit.

The one who robs the limelight, though, quite deservedly, is the late Heath Ledger. He’s the joker, a psychopath mass-murderer with a smile literally glued on his face and a tongue that smacks the lips when he speaks. Of course, you won’t get to see much of his expressions through all that silicon makeup.

Dressed in a frock, he walks comically into the street, shaking his head delightfully, and pressing detonator buttons like a child playing with a toy, while the buildings behind him go up in flames, one after the other. Seeing the mafia-cool, clownish manner in which he laughs people to death, it is difficult to believe that this is the same actor who sensitively portrayed a demure, gay cowboy in Brokeback Mountain.

Orchestras produce pounding bass beats to the accompaniment of whining string music, and at times, a siren-like music fills the air. Batman’s futuristic bike is an ingenious piece of art. The pace is punching. The canvas is bathed with zillions of droplets of lights, from the ceilings to the skyscrapers. And the atmosphere of this film, whose primary purpose is to thrill the audience with images of mass annihilation, is grim, bleak, and sinister.

What needs to be said about Christopher Nolan’s direction? On one hand, he has extracted a great piece of acting from a fine, young actor, who will be missed. But on the other hand, he has made a grey, pessimistic film that offers a ringside view of stomach-churning destruction as well as a man with a Janus face.

Blurring the line, ‘the good guys’ are possessed by evil traits, and ‘the bad guys’ display ample goodness. More dangerously, the psychopath is a very likeable person. Is this, really, the kind of movie you would want your growing kid to watch?