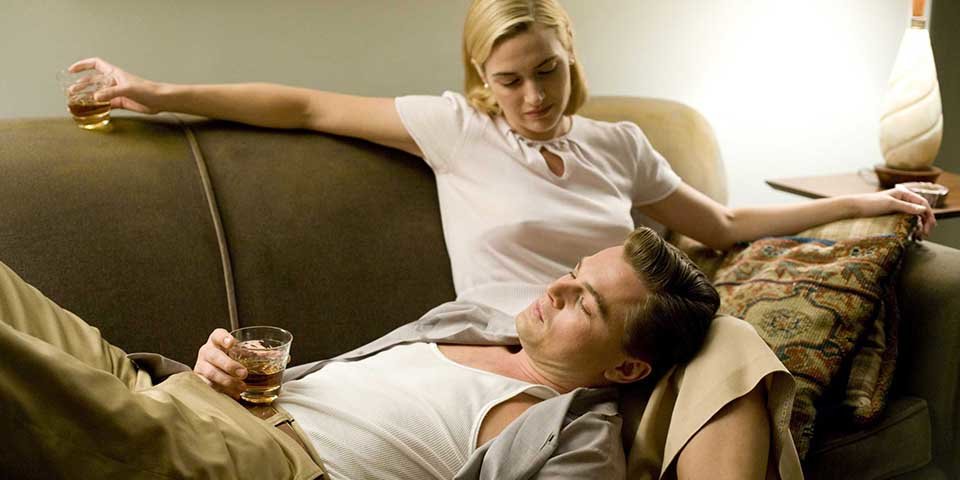 Once one is chained to the warmth of a high comfort zone, it can be very difficult to break out of the system. The wealthy Wheeler couple, Frank (Leonardo DiCaprio) and April (Kate Winslet) in Revolutionary Road, is the toast of society but unfortunately they aren’t happy. They yearn for a radical change.

Quite appropriately, the story is set during the plentiful fifties, a time when lifestyles were luxurious, but also a time when individuals were on the threshold of revolting against society and its rigid rules and regulations.

The breadwinner is a highly “successful” man who loathes his nine-to-five job, but finds himself doing exactly what he doesn’t want to be doing. Deep inside, he believes he was destined for other things, but he doesn’t know what. The woman takes care of the house, her husband, and their two kids. She then offers a role reversal solution: “Let’s give this all up. I’ll take up a job and you can sit at home. This way, you’ll get time to do whatever you really want to do”.

The couple puts up a great act, excelling from start to finish. Watching the manner in which Leonardo leans forward and throws his lines, you are reminded of the some of the famous stars of yesteryears. As a housewife with dreams beyond the home, Winslet too makes her mark. It’s a pity that neither of them won an Oscar for their respective roles. Unlike in the Titanic, in which they shared a lovely chemistry, here, you can feel the growing distance and stiffness between the couple. Like the like poles of a magnet, they repel.

Baby boomers will be thrilled to hear some of the old, popular, sweet songs. The elegant houses, clothing and cars are in sharp contrast to the bold, rebellious decision/desire of the wealthy Wheeler couple. And an “insane” man in this outwardly fine society acts as a metaphor. He appears to be the one with the sanest outlook on life.

The overall effect is that of a one-act play. Indeed, Sam Mendes has directed another classic in the style he’s most famous for. Long after you’ve left the theatre, the frustrations, fears, and desires of the two main characters, and the vibrant music, still reverberates in your senses. And makes you ponder on whether you really are doing what you wanted to in life and/or have the courage to quit and start from scratch.