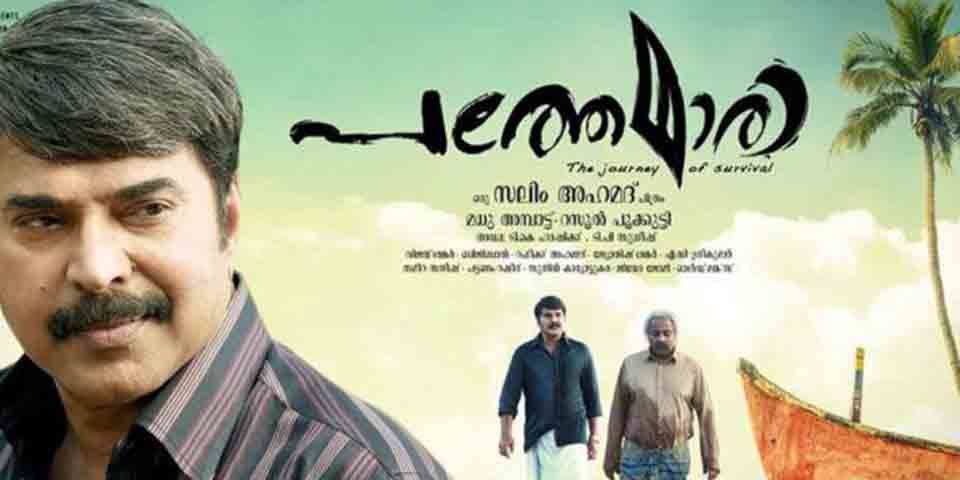 Homage to the stoic toilers in the Gulf

Most every Malayali has had a whiff of the highly-perfumed Gulf-returnee or at least has heard tales of it. Pathemari presents a glimpse of the other side: the hardships and mental struggles of those who went to make something for those back home.

The film opens with the image of camels in the bare Persian desert in the days before the famous Gulf boom almost half a century ago. Sometime later, the first wave of immigrants get into a huge wooden boat bound for the Middle East.

It isn’t clear whether the title was chosen simply to make things sound a little heavy or to serve as a metaphor, that of a ship that carries one across the turbulent sea of life. The chief failing of the script is that it chooses to focus on the ones who didn’t quite make it. Now, this is really odd. For, as everyone knows, the first wave of workers in the Gulf was the luckiest of the lot.

The fantasy-like special FX scene of the sailing pathemari may appear a little out of place in a film that is mostly somber. But then, you notice the fanciful, glaring colors that the seafarers wear. There is a sense of fortune in the air. In the background track of these shots, Bijibal’s music score too is in the style of the make-believe adventure entertainers.

Resul Pookutty’s sound design, as always, is world class. You’ll wonder if someone opened the exit door to your left to let in a flock of chickens from the old neighborhood. And if there are cicadas flying over your head. Equally important, the volume of each of the zillion tiny sounds is never too loud and never too faint; it’s just perfect. Sadly, there aren’t too many cinema halls where what the spectator hears is precisely what the sound designer wants them to.

And here is Mammootty the actor again, sans the glam of stardom. He’s simple, nice, and humble. He’s the common man with whom everyone can easily identify. Striving to make a living, he grows in stature as he ages, sagaciously. Comedian Salim Kumar too, in his brief moments onscreen, gives sufficient indication of what he is capable of in a serious role.

While lamenting on the selfishness and ingratitude of the present generation, Salim Ahmed, through his protagonist, silently pays homage to the ones who stoically sacrifice for the betterment of the family.