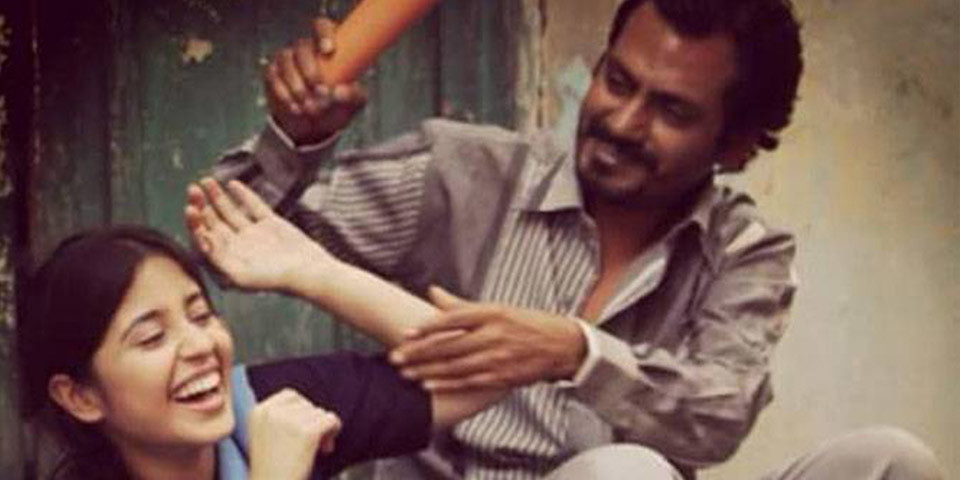 In Haraamkhor, a school teacher seduces one of his minor female students.

“With a long shot, with the intensity of the wind as a soundtrack we feel the passion between the 15-year-old and her seducer.”


Udita Jhunjhunwala, First Post
“Shot with a shaky camera in portions, holding long moments of silence and nothingness, the beats of this film resemble the casual beats of a mundane life itself.”


Mayank Shekhar, Mid-day
“A few of the crucial creative choices that the debutant makes – the shaky handheld camerawork, the abrupt tonal shifts and the fragmentary narrative – do not come off in their entirety.”


Saibal Chatterjee, NDTV
“Beyond our urban borders is a whole world where Haraamkhor would appear like a reflection of daily life…  as somebody who looks at sex with suspicion, but has a hard time containing his lust.”

Rating: four and a half stars | Full review

“From start to finish, Haraamkhor eschews Bollywood-isms and the greed to appeal”.


Nandini Ramnath, Scroll
“A familiar sordid tale unfolds… and takes the relationship into a space we barely acknowledge, let alone depict in our movies.”


Shubhra Gupta, Indian Express
“Nawaz, as the sleazy teacher Shyam sir, is absolutely bang on. He is creepy and disgusting and yet, you will want to watch him.”

“I’m left asking the question—what was the purpose of the film? What did the filmmaker want to say through it? That young girls can fall in love with older men…That men are misogynistic….that young boys can be stupid in love –if this was the purpose then it was a film to illicit a few laughs. And there are enough juvenile adults who found it funny. But it could have been much more. There were so many lost opportunities rendering the film an exercise in voyeurism. I felt the film copped out each time there was a possibility for it to get real. What if the girl was really pregnant? Which would be the case usually. What if the father and the rest of the villagers, whom we never see, came to know that the school teacher is sleeping with a student? What would be the predicament of the teacher and the girl?… According to the law the girl is a minor and therefore raped even though she consented. That’s where the film could have been possibly located. To see it from point of view of two frisky boys is taking away the girl’s point of view and her experience…”