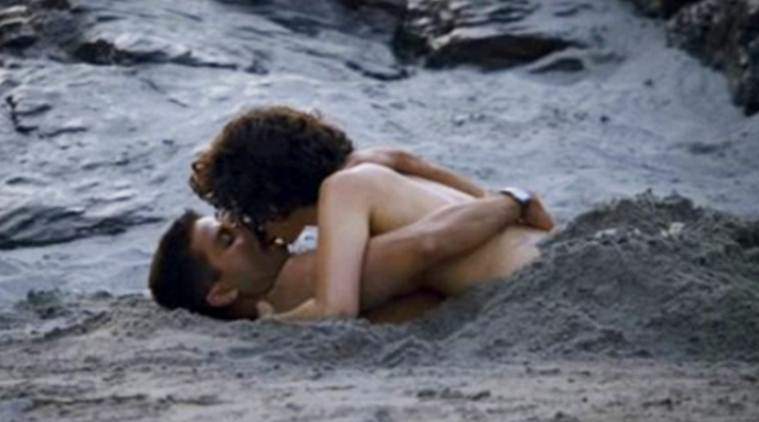 Rangoon. Indians in World War II, and a love triangle.

“Vishal Bharadwaj is truly in a league of his own. His wit and sense of humour are unique… Meticulous details; re-creation of the era, war scenes are impeccable.”

“True auteur Mr. Bhardwaj. The best we have. Always telling new stories. Always stepping out of the comfort zone.”

“Rangoon – dull, plodding wannabe epic romance in the midst of WW2. A total khichdi of too many issues that fail to come together coherently. Gets more and more ridiculous in 2nd half, even laughable at times. Manages to create the period in broad strokes but not in its detailing. A shockingly disappointing film from Vishal Bhardwaj.”

“First and foremost, a film about loyalty… Like any ambitious film, Rangoon raises a lot of questions. The problem, however, is not with the questions, but how they’re raised.”


Tanul Thakur, The Wire
“Attenborough’s ‘Gandhi’ (1982) is inarguably the most popular account of India between 1915 and ’47, and there is barely a proper mention of Bose in that masterpiece. Does this movie redress that wrong? Perhaps.”


Sukanya Verma, Rediff
“Neither wholly satisfying nor capable of being dismissed entirely.”


Nandini Ramnath, Scroll
“If there is one takeaway from Vishal Bhardwaj’s Rangoon, it is this: that there is something terribly foolish about a film industry which fails to fully tap the vast reserves of female talent at its disposal.”

Rating: TWO AND A HALF stars | Full review

Rating: ONE AND A HALF stars | Full review


Shubhra Gupta, Indian Express
“Having exorcised the great, dark tragedies, Vishal Bhardwaj seems to be in a jolly good mood. From his latest outing it looks like he’s in a blissful state of postpartum contentedness, in the mood to frolic, have some fun, be silly and, well, a bit lame.“


Suparna Sharma
“A period drama that blasts off with an impressive, immersive war sequence that wouldn’t be out of place in something by Christopher Nolan. It is also, by some degree, his most accessible film, one that leans less on metaphor and symbolism and more directly on plot.”


Raja Sen, Rediff
“Little girls of the ’90s had many silver-screen heroes. And none of them were women. I mean, nobody told them that heroes could be women as well. Not the elders in the family… Not the newspapers… Not the theatres they’d pass by on their way to school… Not most of the ‘hit’ films they were taken to watch or devoured on TV, where women—beautiful, glorious creatures—sang, danced, cried, pined and waited to be saved by the big, brave hero… In Rangoon, Kangana Ranaut does all of that—sings, dances, pines, cries and runs into the arms of the man like she couldn’t breathe if she didn’t—and yet, she is the hero. With that, she makes the world of Bollywood, for many little girls of the ’90s, seem just a little less wrong.”