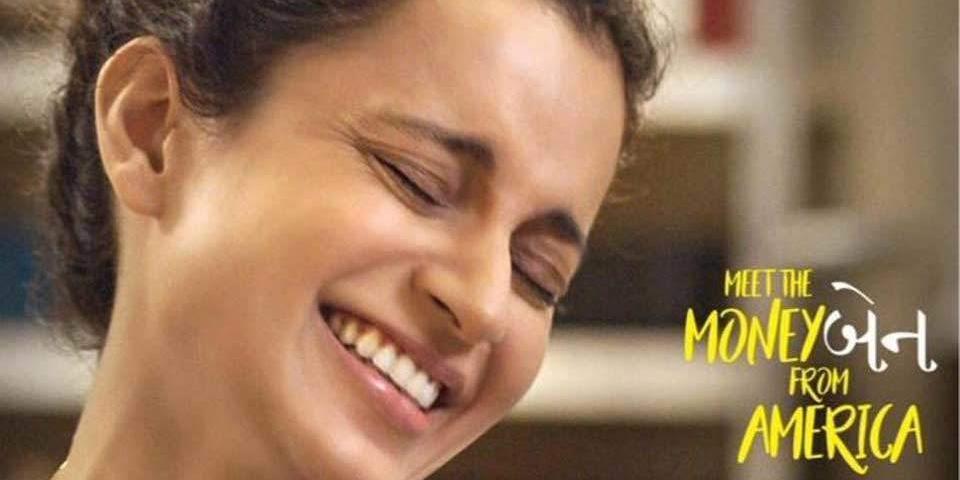 In Simran, the lead actress (Kangana Ranaut) loses all her cash while gambling at Las Vegas. So, she does what she believes is the cleverest thing to do: she robs a bank.

SIMRAN screenplay—the original writer’s version | And a comparison between the original script & the film by Sweta Kaushal in the Hindustan Times.
“It’s a Hollywoody story (you can imagine the Coen Brothers taking a shot at this screwball premise with dark overtones), but with a character you aren’t meant to feel sorry for… Praful is a fabulous fuckup, and Ranaut plays these scenes so beautifully, so unapologetically, you want to shake Praful’s shoulders and make her see sense – if you could summon up the guts to approach her. “

“On the few occasions when women have dared to step out—to rebel against patriarchy, or just give in to their bodies or whims for a night—they have paid for it with their izzat in some form or another. Heavens above and the men below have wrecked havoc on them the dayafter. Here too there’s a cost. Only Praful doesn’t care. Worse, she’s enjoying what she does.”

“The movie exists as a testament to Ranaut’s awesomeness… The star and the character merge into one, and the movie suffers as a result… The monomania that characterises Simran—the furtherance of the assertion that Kangana Ranaut can carry off just about anything—dooms the movie to repetition and facetiousness.”

“One can argue that this entire adventure is about her wanting to “ji le apni zindagi” and break free. She chooses a mainstream symbol, with all its drama and noise. It’s a clunky metaphor.”

“There’s altogether too much of Ranaut without adequate support from the plot, which runs off in all directions in order to keep her in every frame (ironically, the leading lady has a script-and-additional-dialogues credit).”

“Super to watch a self-assured performer vault over any challenge a script throws, but never ideal to see a script contort in order to give the actress room to show off everything she can do—including things that don’t necessarily suit the film.”

“Meanders along like a conversation over drinks between friends… The only way one can get by the film without yawning is by actively regaling at how Ranaut manages to breathe bursts of energy into a limp storytelling. A lot of the credit for that goes to the dialogues—witty, funny and quietly feminist—delivered by Ranaut with disarming candour, devoid of any chest-thumping drama.”

“Messy mocktail of a star and a well-written, strong character gone wrong in a narrative that fails to keep things from falling apart… Looks like someone is trying to further glorify her public image, as her character is the embodiment of everything we have seen in her interviews and public statements.”

“I’d lost interest in the sniping between writer and editor Apurva Asrani and Ranaut in the run-up to the film’s release, but having watched Simran I can understand why they’d squabble over the writing credits… After all the drama of the last month, it’s nice to be reminded that offscreen Ranaut, no matter how entertaining or scandalous, cannot hold a candle to onscreen Ranaut.”