International film festival upon the virgin hills of Uttarakhand

In the land of wonders, here’s a wondrous film festival. Upon the virgin hills of Uttarakhand. What started out two years ago, modestly, as Kautik Student Film Festival is now Kautik International Film Festival. In 2018, the Festival went international and competitive. This year, the “student” tag was  dropped too, and there were well over 750 film entries from 75 countries. Conducted in association with the Marchula Festival and the District Administration of Almora, the third edition took place by the banks of the serene, gurgling Ram Ganga River, Mahaseer Fishing Resorts, situated in the buffer zone of the Jim Corbett National Park, November 08-10. 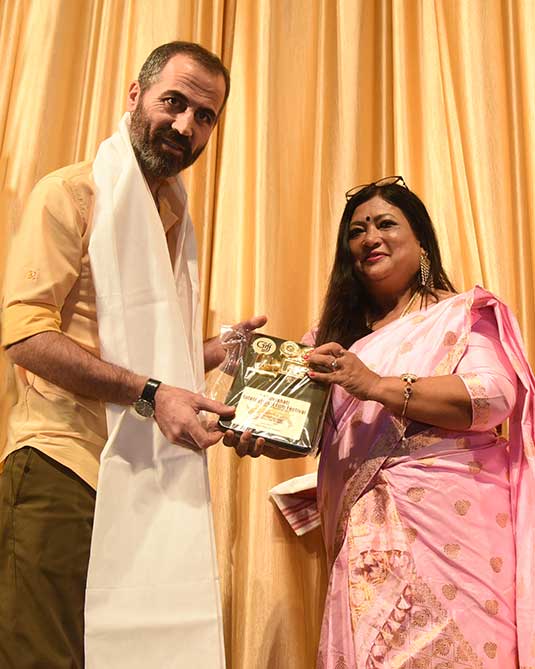 Esmaeel Monsef’s Charcoal was the opening film of the Guwahati International Film Festival (GIFF). In the pic: GIFF festival director Monita Borgohain presents the filmmaker with a plaque. 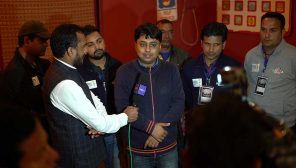 District Magistrate of Almora, at Kautik 2019

The Festival ceremony commenced with the lighting of the sacred lamp by the District Magistrate. National Award-winning film critic Utpal Datta’s Bohubritta, which in a few days from now would be shown in the Indian Panorama section of IFFI 2019, was the opening film; it was screened in the non-competition section. Showcased as the centrepieces were a package of Iranian films, two of which went on to win awards; the winner of the Best International Short Fiction Award is Esmaeel Monsef, whose feature The Charcoal, incidentally, was the opening film at the recently-concluded Guwahati International Film Festival.

Delegates at the Festival included people from Maharashtra, Kerala, Punjab, Noida, Ghaziabad, Uttar Pradesh, and W. Bengal. A few filmmakers whose films were not even nominated turned up and pleaded an opportunity for their films to be screened. Since the primary purpose of the Kautik festival is to offer a platform for upcoming filmmakers, their cherished dreams were fulfilled. 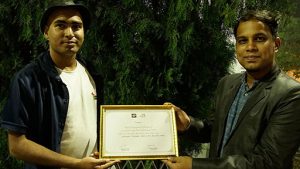 The Kautik grand jury comprised retired FTII professor of film direction Surendar Chawdhary, and Associate Director of the Inner Path Film Festival Sudhir Tandon. As in the previous year, two critics choice awards were instituted by the Film Critics Circle of India (FCCI). The critics jury comprised Gautam Kaul, Deepa Gahlot, and Parthajit Baruah. Additionally, there were Audience Choice Awards too. Attended by a small informal gathering presided by Rahul Shah, the Additional District Magistrate of Sult, the curtains of the Festival fell at the onset of dusk of day 3, in the open air of the virgin hills. 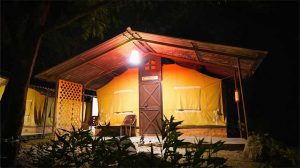 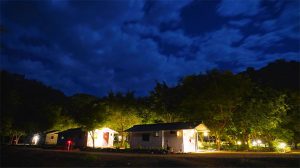 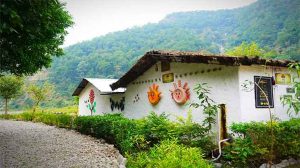 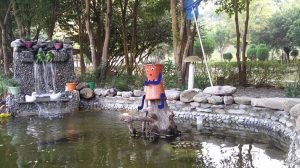 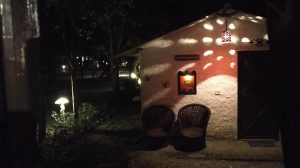 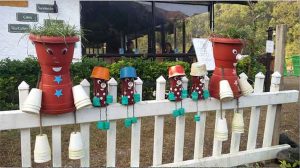 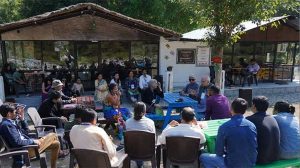 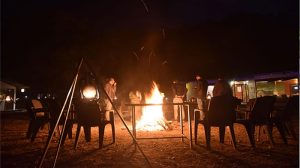 Call for entries for the next edition would open sometime by this month end. ALL FOREIGN FILMMAKERS whose films are in nomination for Kautik 2020 would be offered at the Festival in addition to, of course, local hospitality, a free hot balloon ride and a free safari tour in the virgin hills.

Why is The Caravan exploiting individuals from marginalised communities?