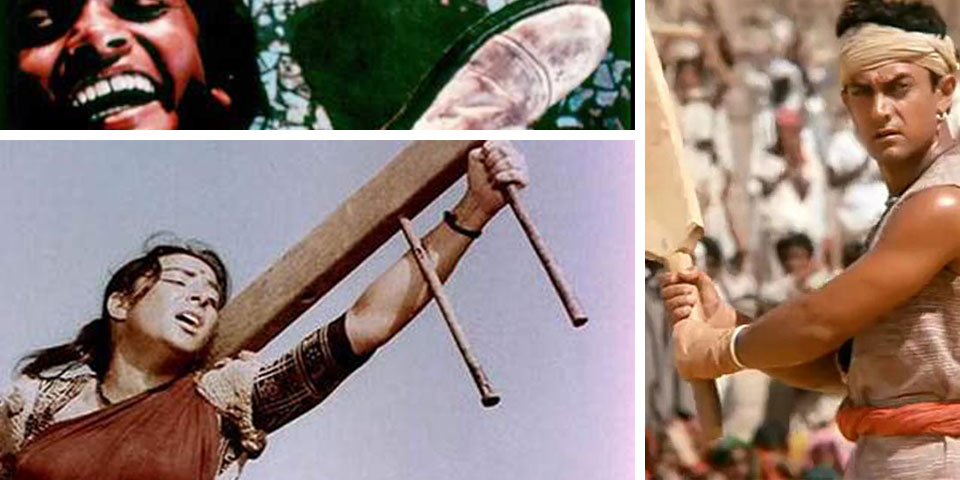 As usual, this year too, India’s Oscar entry for the Best Foreign Language Film (now renamed Best International Film) has been selected and declared. Every year, every country is allowed to send a film each for the consideration of a nomination. On average, around 90 entries from as many countries are received. Of these, 9 films are shortlisted in the first round, and only 5 enter the final nomination list. This is the 92nd year of the Oscars. From India every year we send a film. We are one of the worlds biggest film production countries, but the astonishing truth is that we have never won an Oscar in the last 91 years. Furthermore, only 3 Indian films—Mother India (1957), Salaam Bombay! (1988), and Lagaan: Once Upon a Time in India (2001)—have been nominated for the Best Foreign Language Film during these 91 years.

Why is this happening? Are no quality films being produced in India? Or, every year, are we picking and sending the wrong kind of films—those with less chance for a nomination?

Anyhow, let me explain the selection process in India for the Oscar submissions in this category. Perhaps, it might get you some insights. In India, the Oscar entry film selection process is done by the Film Federation of India (FFI), a non-governmental trade body working in the film industry. The government of India has no any role in the selection of India’s official entry for the Best Foreign Language Film at the Oscars. This is very strange.

The proceedings for the film selection is like this:

Can you actually believe this—all these years, they have been viewing the Oscar entries in a substandard quality print!

So, from this year onwards, if you are an independent filmmaker and you have an open DCP with you—no use. You need to make another UFO DCP only for the purpose of this Oscar selection screening. For this, you need to spend another Rs. 40,000. A question needs to be raised—why are they are not allowing an open DCP for screening? Strange. So, for an independent film, if you wish to submit your films for this Oscar entry competition, you need to spend Rs. 82,600 as entry fees plus around Rs. 40,000 for new DCP. The end result is that most of the independent films from different regional languages have chosen not to submit their films for consideration. Consequently, a lot of good, small films, including many that have been screened at major film festivals and have received international acclaim, were denied a chance.

There is no eligibility criterion for the selection of this jury. It’s totally strange. FFI, the non-governmental organisation selects a 16-member jury for selecting India’s official entry. Usually, the chairperson and two or three jury members will be reputed film personalities, but the majority of the members are unheard of people with no credibility whatsoever.

Every year only around 30 films apply for this Oscar entry by submitting the entry fees. FFI will constitute a jury as per their convenience and the jury will watch the submitted films and choose one film as India’s Oscar entry as per their sensibility. If you have a film and if you have a lot of money to give as submission fees, then, go ahead. Your film, if selected, will be in the media news as the Oscar content from India. This is the reality happened in India. Nothing more. Nothing less. I am really curious to know the process followed in other countries regarding their selection of the Oscar entry for the Best Foreign Language Film. I am sure that the most weird process award can be claimed by India. We need to correct this process. We need to co-relate the government of India to this process.

“Ideally, they should have sent ‘Kumbalangi Nights’ for the Oscars. Mistaking the movie for a tourism video, several well-off and elderly white tourists would have arrived at God’s own backwaters and indulged in boat houses, ayurveda, kathakali, sadhya, seafood, toddy and what not. All this could have helped the country’s plunging economy. Instead we send the wannabe ‘Gully Boy’. What can the movie do other than attract some budget backpackers who arrive straight at Dharavi and click selfies with underprivileged kids for free or a measly sum. Something that ‘Slumdog Millionaire’ has already been able to do a decade ago. Sigh! I wish the Indian committee for Oscars cared enough about our economy in such testing times

“Zoya Akhtar sticks to the theme of dysfunctionality, but this time at the opposite end of the spectrum. Which makes her come across as a flamboyant investigative journalist reporting on a world that must reflect the individualism and psychological vibe of a movement more than its physical accuracy. This turns her film into an outstanding departure from convention as well as an equally pulsating animal within its own orthodox space. Murad’s key line in the film deals with the balance between reality and dreams – which, translated to moviemaking parlance, amounts to the elusive balance between relevance and execution. Gully Boy finds that promised land. It becomes the reality that most storytellers here can only dream of, and the dream that most artists yearn to realize.”

“Dark part of a process. Very strange indeed. For censoring process too we need to submit DCP. And pay more than 40 thousand to a corporate like Qube. Why don’t the censor board prefer online screener? The system has to be changed. To protect independent cinema, the govt has to revise their cinema policy, if they have any.”
Vinod Krishna, Filmmaker & installation artist

“GullyBoy, which is supposed to be based on a real life story, took its major inspiration and sequences from Curtis Hanson’s 8Mile. And the film goes to the Oscars 👏👏 Great Choice indeed. Yet again ignoring the much superior Indian cinema made in the regional languages.”

“I was largely unimpressed and unmoved by Gully Boy. Zoya Akhtar, the filmmaker, imposes on this story a generic pathos, and a banal worldview (very disconnected, very Bollywood), shortchanging the people and milieu providing it artistic mileage.”

“Despite south Indian films like Peranbu, Super Deluxe and Jallikattu making a splash in international circles, the road ahead is long before these industries establish to the international audience that there’s more to Indian cinema than only Bollywood.”

“Film-maker Zoya Akhtar, top of her game more than ever, is an expert at peering into souls, relating their inner conflict and sympathetic of their torment… Teeming with socio-political heft and dark horse dynamism, the extensive soundtrack put together by an eclectic mix of wordsmiths and musicians is the heartbeat of Gully Boy. And Zoya’s script soaks its fierce energy to provide majority of the subtext.”

“Unconventional in terms of its setting and the larger issues of class perceptions and social prejudices that it addresses, but its central narrative construct… traverses familiar ground… In an era of which Bollywood is increasingly passing off pulpy apologies for demagoguery for cinema, Gully Boy could have been a fitting riposte. It just doesn’t go far enough to pose discomfiting questions in keeping with the art of the street rapper.”

“I asked Atanu Ghosh why he did not send Mayurakshi for the selection and he said the entry fee was too high. This year also there is a good indie film but the producer could not afford the fee.”
Bijaya Jena, Film actor/director

Dr. Biju (aka Bijukumar Damodaran) is a world-renowned filmmaker from Kerala, India, whose debut film was screened in the Cinema of the World section at Cannes. In addition to bagging innumerous international awards, he is the recipient of 2 Kerala State Film Awards and 3 National Film Awards.