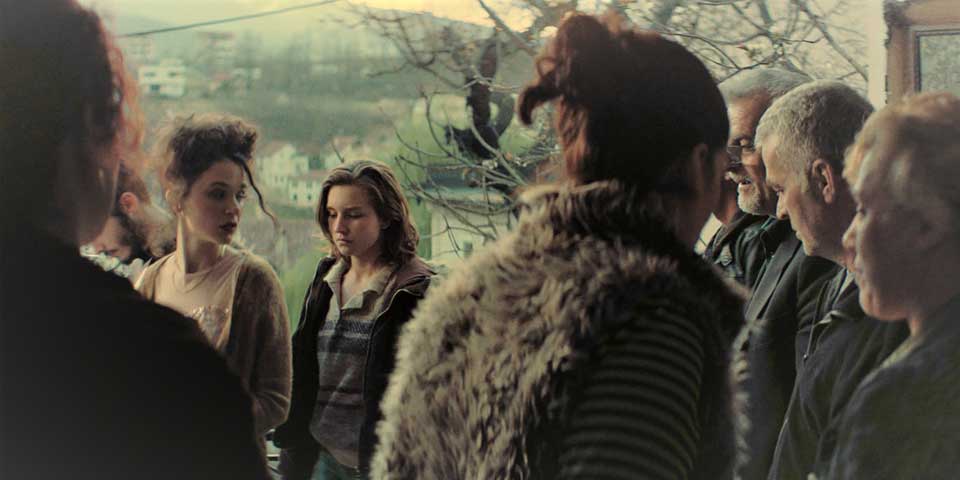 Southern sonata southern southern
With the global pandemic, unrelenting in its pervasive, octopus grip, social interactions, in public spaces, have been dictated by Standard Operating Procedures of physical distancing and masking.

So much so, the annual film festivals, that run on precise set calendar dates, have had to rework the congregation of stakeholders under its ubiquitous umbrella, given that, cinema is a collective experience celebrated in the darkened theatres.

As a result, film festival organisers, have had to chart the middle path, both for the safety of its patrons, as also the successful conduct of the annual jamboree, lest it put paid to months of planning and high expectations.

The festival, which ran its course without hitch or hiccup, saw a curated and mixed melange of movies on showcase. Giving avowed cineastes, a fascinating flavour of films, not only from the world, but also from the southern belt. These compromising of films from the host country Hong Kong, China, Malaysia, Philippines, Singapore, Thsoailand, Korea, among all.

The film festival returned to its normal spring time do, despite the cataclysmic disruptions witnessed last year due to the corona virus, to present both in-theatre and virtual screenings. Embarking upon uncharted waters, with its full complement of presentations, the festival spoke of the resilience of the film fraternity and the triumph and love of cinema even in the time of adversity.

It is in this context that, it turned out a matter of pride and privilege to be part of the 45th Hong Kong International Film Festival, as Jury member mandated to watch, experience, engage in, and award the coveted Young Cinema Competition prize to a promising film maker among those that vied for the same.

It is another matter, had things been normal, one would have been in the thick of things in the China’s southern coast, 60 km east of Macau, savouring the film, up, close and personal, in physical theatres, right in the hep and happening Hong Kong. But, that was not to be and one had to strike a compromise and do duty on the digital domain space, watching from one’s own home.

That the three jury members connected over Zoom from different geographies – Italy, Romania and India to decide the award was a small consolation as face-to-face interaction would have thrown up many divergent opinions and justifications for the award winner.

The festival, which showcased a compendium of nearly 190 plus choicest of films, under various curated sections, saw the Jury engaged in watching eight of the 16 films that were part of the Young Cinema Competition being featured under the Chinese language and World Cinema categories.

If from the Chinese language section, the jury watched four of the eight films, an equal number were assigned from the world cinema section as well. In the former category you had Chinese cinematographer turned director Qi Rui’s debut film The Day is Over (Chi tang) in Hunan dialect, the young director from Hong Kong Jun Li’s Drifting in Cantonese language, his sophomore film, Lost, the Tibetan film by Lotan, and the radio programmer-host turned Malaysian director’s The Story of Southern Islet, with smattering of Mandarin, Minnan and Malay dialects.

In the latter category you had the Italian director  Nicolangelo Gelormini’s debutant directorial foray Fortuna: The Girl & The Giants, Hilal Baydarov, a documentary film maker turned feature film director from Baku, Azerbaijan’s In Between Dying, the Kosovan feature Looking for Venera (Në kërkim të Venerës) by Norika Sefa and the Danish flick The Penultimate (Den næstsidste) by Jonas Kærup Hjort.

From children, and young adults, trying to negotiate and navigate the treacherous adult world, while trying to retain their own innocent dispositions, to the displaced subalterns thanks to skewed urban development policies seeking dignity of life and livelihood.

From a man’s eternal quest towards self-identity and an elusive to Kafkaesque fable of a water inspector navigating the social political labyrinth to a cultural exploration of the dynamics of reconciliation between the Chinese and Malaysian diaspora through its magical-realist tale, and how amnesia can be turned on its turret by political mechanisations as memory and identity play havoc in Apples.

Each of the films were as diverse and as delectable with their delineations on the subject at hand. While a few were a tough cerebral watch given their more aesthetic cinematic idioms, others were easily accessible dealt with much more easily in a linear fashion driving home their thematic concerns.

While, as jury, the award to be bestowed on only one film, in hindsight, given their eclectic explorations, the socio-cultural moorings they came from, each of them were equally award worthy.

What, however, coveted my discerning eye, were Norka Sefa’s Looking for Venera, Fortuna: The Girl & The Giants, The Day Is Over, besides The Penultimate, In Between Dying, as also Apples.

If director Sefa took one into the constricted world of a young adult seeking to break free from the patriarchal hegemony, Gelormini taking the fantasy route brought into sharp focus one of the universal problems that children face even today within their own domestic space. Qi Rui, on the other hand, spoke of the loss and longing of a young girl child who had to transact with wit and wilfully the big bad adult world she is unwittingly thrown in.

If these films dealt with children and young adults, The Penultimate, In Between Dying as also Apples, took one into the adult world and its own ramifications as each of the protagonist sought to confront the angst and anxiety of the situation he found himself in. These films turned out to be more esoteric in nature with one having to understand and navigate the underlying nuances and metaphors associated with the virtual narrative at hand and read into the film.

That, as jurors, one could not get an opportunity to watch and appreciate the other ensemble works, both from China and other parts of the film nations, is indeed a sore miss due to the pandemic situation that has pummelled film festivals into compromises.

This loss was more than made up with other films such as Charlatan, Ema, Martin Eden, Minari, An Officer & A Spy, Wife of a Spy, The Ties, Undine, Rifkin’s Festival and Only The Animals, to name but a few.

True to its billing though, the 45th HKIFF lived up to its reputation showcasing not only the best of cinemas from the region but also from across the world. The film festival, which had all its compendium of sections, including retrospectives and homages gave lustre to the festival.

The festival also gave a pleasant foretaste of the new generations of film makers and new cinemas emerging from the Southern region while their thematic concerns were universal in nature and appeal. In all being a juror of the festival was a dream come true and it is hoped next time around one would be in Hong Kong to savour the 46th HKIFF in its very many theatres and venues physically amidst the buzz and glitz film festivals bring.

Yes, experiencing the festival physically would have been a much more satisfying and fulfilling one than from long distance, alone, ensconced in one’s one living room. It is one’s fervent hope that film festivals will return to the familiar, traditional fully physical outing and the pandemic would soon be a thing of the past. Vive la Cinema!

S. Viswanath is the co-author of ‘Random reflections: kaleidoscopic musings on Kannada cinema’, and a film critic with over 30 years experience reviewing Kannada, Malayalam, Tamil, Telugu, Hindi and English films. He has served on the jury of several international film festivals, and officiates as the world cinema curator of the Bengaluru International Film Festival (BIFFES).