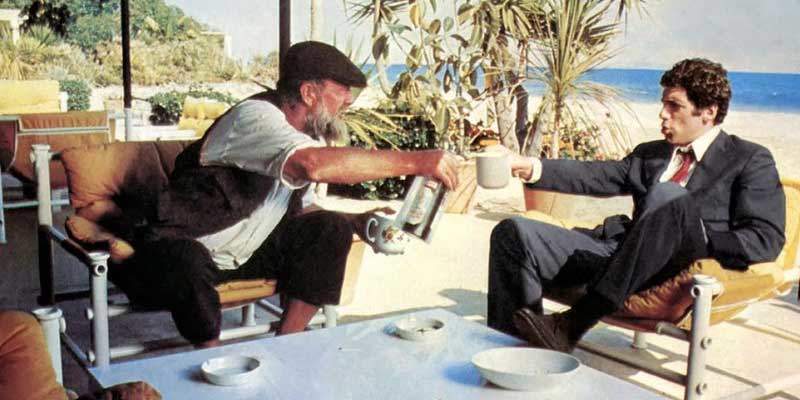 Robert Altman’s The Long Goodbye (1973) – based on a novel of the same name by Raymond Chandler – belongs to a genre called the ‘hard-boiled detective story’, which may be regarded as a sub-category under noir and includes films like Huston’s The Maltese Falcon (1941) and Polanski’s Chinatown (1974). The genre has been accorded recognition as serious literature because of writers like Chandler and Dashiell Hammett. This kind of detective story differs from the whodunit in as much as the puzzle being disentangled is dynamic. The detective solves the mystery not through the powers of his intellect but through encounters and collisions, transforming the contours of the conspiracy in the process of unraveling it. The crimes are not premeditated acts of evil but responses to immediate social stimuli. This means that when the ‘story’ finally emerges through its reconstruction in the reader’s consciousness, its significance extends much farther that one anticipates in a detective story and contains a political vision usually of a pessimistic kind.

The hard-boiled detective in Chandler’s novels is inevitably a person of integrity who lives a frugal life because of his refusal to compromise. When the puzzle has been resolved and the villains brought to book, he retreats to his shabby quarters – no wealthier but with his integrity still intact. Altman works with many of these motifs but his version of society is more complex, pessimistic and unsparing than a writer like Raymond Chandler might allow.

In the first part of The Long Goodbye the private eye Philip Marlowe (Elliot Gould) is woken up by an old friend named Terry Lennox who has just had a violent scrap with his wife – his face is scratched – with a request that Marlowe drive him to the Mexican border. Marlowe obliges but is arrested the next morning because Sylvia Lennox has been beaten to death and Marlowe has just abetted in murder. Marlowe is released three days later because Terry Lennox killed himself in Mexico, leaving behind a full confession. A day later, a rich woman named Eileen Wade hires Marlowe to find her husband, an alcoholic writer named Roger Wade, missing for several days. Marlowe’s refusal to betray his friend Terry Lennox is now public knowledge and this apparently convinced Eileen Wade that Marlowe could be trusted. Marlowe traces Roger Wade (sterling Hayden) to a private clinic run by a shady doctor named Dr Verringer. The problem appears sorted out until Marlowe finds other aspects. For one thing there is a gangster named Marty Augustine who accuses Lennox of having walked away with $355,000 of his money. Augustine seems to have some dealings with the Wades that Eileen won’t talk about. Roger Wade is also too far gone and there are apparently other things bothering him.

Altman allows these disparate strands to remain unconnected almost up to the very end. He does not opt for an intricate rendering of the narrative the way Polanski does in Chinatown. Polanski’s film follows the methods of writers like Chandler more closely in as much every twist that the plot takes has causal implications within the narrative and every clue is followed up. Altman, in contrast, deliberately puts ‘noise’ into the narrative and there are details that do not contribute significantly in its unfolding. At the same time, Altman avoids the pitfall of making the plot dependent on the machinations of a single villain (as in Chinatown) and he may be closer to Chandler in this respect. The characters often relate independently to each other and there is no overriding conspiracy explaining everything.

The character of the hard-boiled detective (Chandler’s Marlowe, Hammett’s Sam Spade, Ross Macdonald’s Lew Archer) is crucial to the genre and the protagonist in the story is usually ahead of the police. In Altman’s The Long Goodbye, Marlowe is behind the police in most ways although only he hits upon the actual solution eventually. This is not to say that Marlowe is a comical bungler but rather that the private-eye operating alone is something of an anachronism.  Moreover, the social structure hinted at by Altman is so complex and muddled (rather than corrupt as Chandler might have had it) that no entity, not even the police, have a full measure of it. Instead of relying on motivation, therefore, Altman sets up three or four scenes that hit the spectator with the shock of thunderbolts because of their arbitrariness.

To describe only one, when Marlowe runs into Marty Augustine for the first time the gangster believes Marlowe has his money and tries to persuade him to hand it over. Augustine has his lovely girlfriend Jo Ann (whom he ‘loves more than anything after his family’) with him. When Augustine goes upstairs with Marlowe to his shabby quarters, he leaves Jo Ann in the car listening to music. Minutes later, however, Jo Ann comes upstairs because she is too frightened to be left alone. Marty Augustine has just been explaining his own expenses to Marlowe and his life, his family and his ethical values. When Jo Ann comes up, Augustine points to her beauty and acknowledges his love. When Jo Ann asks for a Coke, he has a half empty bottle brought from the fridge. He drinks up the last of Coke and, abruptly, smashes the empty bottle across Jo Ann’s face. “I love her and can do this,” he explains after Jo Ann has been escorted out, “You, I don’t even like.”

It is perhaps this disinclination to ascribe acts to clear-cut motives that takes The Long Goodbye to a level not often reached by American cinema. We don’t ask why people behave in certain ways, why some of them exert such power over others but we are still convinced that these relationships are plausible. People live in gated communities as if this would make them immune to the arbitrariness of the world but their secluded worlds have become contaminated. Altman does not weep over the condition of the world – as Chandler is prone to doing – but that is because his disquiet with it borders on hopelessness. Altman’s Marlowe, like Chandler’s, is a moral person but Altman’s world (unlike Chandler’s) is a world in which a moral position is more a matter of habit than deeply reasoned out.

<The above review of The Long Goodbye originally appeared in Bikas Mishra‘s film publication, ‘Dear Cinema’>