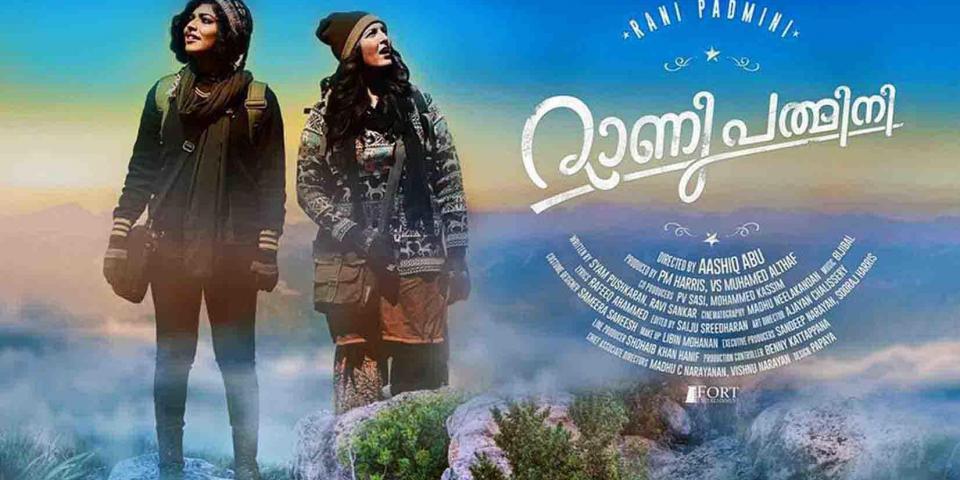 Of the urge to break free

There comes a time in every girl’s imagination when what she’d want above all is to throw a few things in a bag and hit the road all by herself. Now, this may not sound like the sanest thing to do, but if you’re tough in a clever way and know how to take care of yourself like the titular characters of Rani Padmini, chances are that you’ll return feeling more accomplished than ever.

Rima Kallingal is Rani, a tomboyish pixie, wickedly bold, fearless, confident, and independent. This wild child makes it clear that she will tolerate no nonsense and shall cheerfully beat up anyone who attempts a fast one. Manju Warrier is Padmini, the girl next door, simple, naïve, trusting, talkative, bumbling, and ever-ready to take on the challenges of the world. Traditional in values, she believes in the pursuit of dreams within the threshold of obligations.

The runaway girls begin bonding on a bus at midnight moments after they happily twist out of shape the fingers of a hand that creeps through the gap in their seat. Soon, they would be on the run from a gang of comic goons who are so easily thrashed that they almost seem like a metaphor for silly obstacles. As a pair, the girls are so hilarious, natural, and bursting with spontaneity that parts of their performance appear documentarily real, unscripted, and improvised.

Theirs is an adventure story of a different sort; of overcoming “the stupid idiots”, of climbing their mountains, and of experiencing the rapture of freedom. Thus, it does not really matter that the inciting incidents of the script are weak, and the logline is awfully familiar: sets of jokers, including the chasers and the chased, bumping into each other at irregular intervals. The focus is less on what is being told and more on the style of the how.

The upcoming cinematographer and editor both announce their intention to make their way up. And they will if they continue to conjure images such as these that tell a tale crisply without showing all. Bijibal, the music man, of course, is right up there at the peak.

Picking himself up after that disastrous gangster flick last year, Aashiq Abu is once again on his feet. Deftly laying out a nonlinear sequence, alternating the pace, and introducing liberal doses of adrenalin (a car race on stony paths) into what essentially is a comedy, the filmmaker himself strides confidently on a road of recovery and discovery.