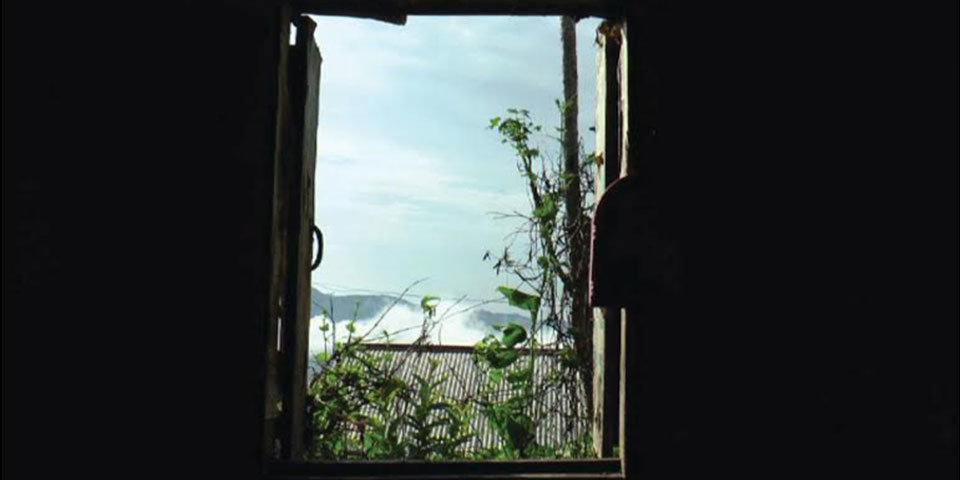 It is not a matter of long past that Nagaland stepped into the film world. The venture of filmmaking entirely on local drive by local talents ensued only after the advent of digital films and these films took root in the Naga society through the media of VCDs and DVDs. The new generation of Naga enthusiasts is picking up their lessons of filmmaking in this environment and have leapt into this new venture in quite a big way. It is heartening to learn that a venture springing out of this humble backdrop has made it into a number of film festivals in and outside India. The film being talked about is ‘The Pangti Story’.

It all starts with a few shots that betray the serenity of nature. A distant village captured over the foreground of wild flowers and country boats in a tranquil reservoir, the gentle movement of the camera that pans in the Pangti village a little distance away from Kohima and viewers are already into the prologue of the story that resolves into a narrative of the life of the people living in this serene setting of nature. The next frame catches the vast expanse of the sky, a flock of birds and a big tree stretching out to the sky. The emphasis laid and time span given to the flocks of birds are suggestive of the theme around which the story revolves and evolves. The film begins with the note of subtle sensitivity and cinematic correctness that drag the viewers into the central subject.

The subject and storyline are just absorbing. Flocks of birds catalyzing the evolution of a small humble village called Pangti. The migratory Siberian Amur Falcons descend on this tiny village for a little rest. The villagers make a feast of them, thousands are hunted by the villagers. But time changes, and brings about changes in the outlook and mindset of the people. The new generation strives to conserve these birds, the traditional hunter gives farewell to his hunting implements and transforms himself to a volunteer of an NGO committed to the conservation of the falcons. However, the efforts and contribution of a local NGO in effecting this metamorphosis of the entire village from being opportunist hunters to resolute conservationist were not scripted well enough.

Prolonged interviews as tool for substantiation of the efforts of activists simply swallowed the flow and beauty of the presentation. Perhaps the director hardly had any other means for the purpose. Hence she strayed out of her imaginative and skilful path and limited the documentation part into a few interviews and file shots.

This production is a sincere presentation with streaks of brilliance. The positives can be read in the subject matter of socio temperamental change and in the effort to present the inter relationship between human and wild life.

Pics: The director Sesino Yohochu, a Nagaland native, and a Film and Television Institute of India (electronic cinematography) product with a PG in documentary filmmaking from the Royal Hallway of London; and shooting stills.

Translation from Assamese by Ashok Bhattacharya