Susan Sarandon charms one and all at IFFI, Goa 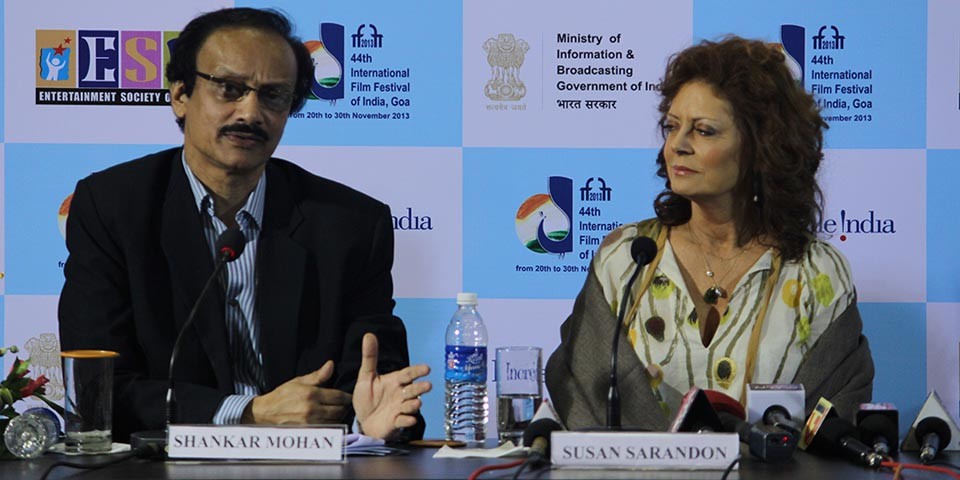 Sarandon talked about everything from her acting, activism and even her preferred choice of role in an Indian film should she be offered one.

The Oscar awardee said that she was impressed by the beauty and poise of Indian actress Waheeda Rehman with whom she shared time during the inaugural function of the IFFI. “Waheeda was beautiful and dignified. It was really amazing to meet an older actress who was still doing films,” Sarandon (67) said.

She further said that it was necessary to empathize with the character to give one’s best performance and said that her performance in the film ‘Dead Man Walking’ was most prized because she had not only acted in the film, but also had a hand to play in the development the project. “I happened to read the book and sort of forced them to make a film,” Sarandon said.

She also said that it was her nature to respond to situations, instead of being meek and letting things pass that had led to her involve herself as an activist. She further said that her stance against war in the US had resulted in some uncomfortable moments for her and her family.

“There were stories in the papers about my children which were not true… Sometimes to talk about these things make people feel you are un-American,” she said, adding that the 9/11 terror strikes had created a popular fear in America.

She also said that she had wanted to wear a sari during the inauguration ceremony on Wednesday. “But then some people said I might have stumbled. But I have worn local clothes during my stay in Arab countries. I have survived to tell the tale,” she said.

Asked about what role she would love to play in India, she said that it would have to be one of a foreigner who comes to India, because she may not be able to carry of playing an Indian herself.