Film Bazaar at IFFI 2017 closes with a grand awards ceremony 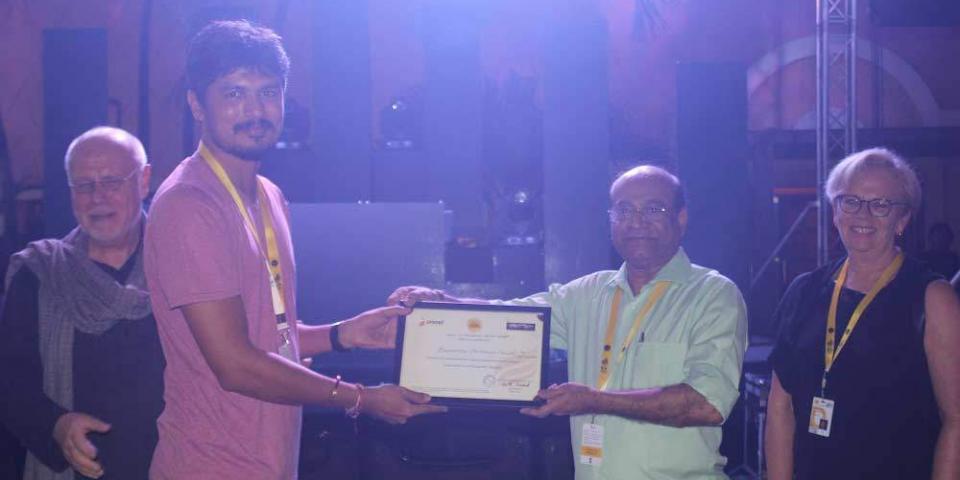 The fourth day of the Film Bazaar at the International Film Festival of (IFFI) 2017 which was held at the Marriott Goa from 20th to 24th November 2017 ended on a high note.

The Producers’ Workshop had 15 participants and was focused towards film students this year. The Viewing Room had an astounding 202 films, while Film Bazaar Recommends’ featured 24 films and Industry Screenings saw 28 films. The Viewing Room saw more than 100 people come to watch the films that were selected.

The Prasad Digital Intermediate (DI) awards were given to Ivan Ayr‘s Soni (Film Bazaar Recommends 2017) and Kannada film Balekempa (The Bangle Seller) directed by Ere Gowda (Work-In-Progress Lab 2017).  The award was given by Jayprakash Naidu, Executive Director of Prasad Labs.

The Facebook Awards were given to Ivan Ayr’s Soni (Work-In-Progress Lab 2017) and Sandeep Modi’s Chumbak (The Lottery) (Film Bazaar Recommends 2017). The winners will be given Facebook ad credits worth 10 thousand dollars that can be used to promote the film.