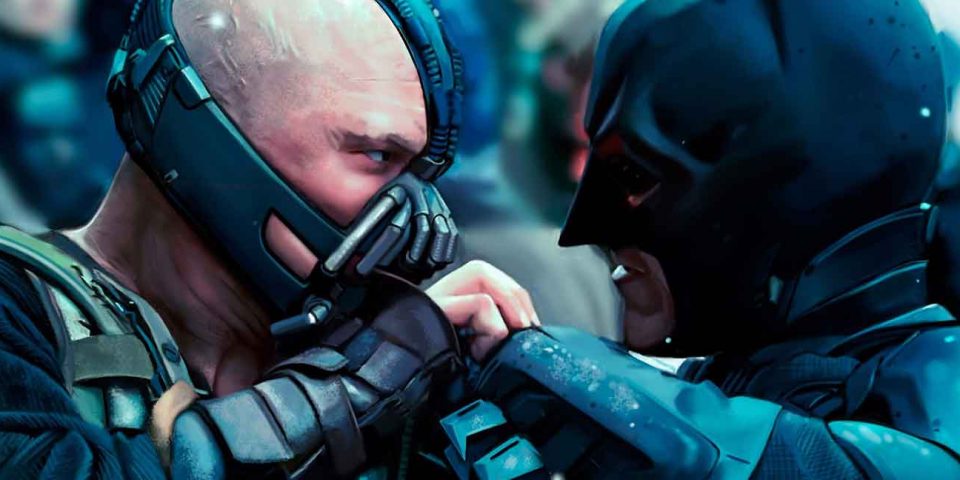 I must admit that among America’s superheroes, I have a special fondness for the Batman. This is not only because he does not sport America’s colors as Superman and Spiderman do and wears stranger attire but also because the idea of a billionaire industrialist as a superhero is hugely appealing. Surveying the various superheroes coming out of America after 1945 it is evident that most of them emerged as patriotic responses to America’s international conflicts – World War II and the Cold War.

Spiderman’s working class background may have been a way of telling the USSR – a state claiming to represent the international working class – that the American worker saw salvation only in his/her own country. The Batman may have been a way of drawing attention to the philanthropic impulses of American capitalism, which had been represented by socialists across the world as rapacious. The superheroes on screen today continue the same tradition of allegorizing conflict although, with America finding no credible threat outside itself, the impulses of today’s superhero may not be directed as outwardly as before. Still, Spider-Man 3 (2007) provided a villain made of sand – perhaps symbolizing the dessert and the Middle-East – when the war in Iraq was underway. Spider-Man 3 was not unpatriotic but the film covertly apportioned some guilt to George Bush’s America, (an unknown organism turns Spiderman’s suit an evil-looking black and his conduct becomes wicked until all this is remedied by the healing power of a church bell). Since America was not in a winning position in Iraq, Spiderman and the Sandman agree to part amicably. The last two Batman films by Christopher Nolan give voice to a new kind of conflict; making The Dark Knight Rises especially poignant in that it is the last film of the series and marks the Batman’s death. Since the film has already been widely written about, my purpose is not to evaluate it afresh but to interpret the nature of the conflict portrayed in it – because nothing in a superhero film is what it seems to be. Readers may not agree with my interpretation but I’ll try to make out a plausible case.

Christopher Nolan’s three Batman films are different from the earlier series beginning with Tim Burton’s Batman (1989), which, being more grotesque, perhaps tried to be truer to the original comics. In the new films, the Batman seems increasingly a marginalized figure and nothing demonstrates this more clearly than his losing control over ‘Wayne Enterprises’. The fact that Wayne Enterprises has gone public and Bruce Wayne needs to acquire a controlling interest in it has portents for the later films. But Batman Begins(2005) is not satisfying because Nolan goes about ‘setting up’ the Batman for the other two. Unlike Superman and Spidey, the Batman is not endowed with superhuman abilities; he therefore needs to be equipped with both the physical prowess and the technology to place him above his adversaries. Batman Begins therefore seems to be merely preparing the ground for the next two films.

Before going on to The Dark Knight Rises, I should perhaps say a few things about its predecessor. The Dark Knight (2008) introduces a new Joker (played by Heath Ledger) and, unlike Jack Nicholson in Batman, the Joker here is not even faintly funny. This might be regarded as a letdown but the term ‘joker’ has perhaps a different connotation – a debunker intent on spoiling things rather than a person looking for humor. The Joker in this film gets hold of a huge amount of money but rather than profit by it, he wants to burn it all up. Considering that even his own associates are scandalized when they hear this, the Joker’s anarchic purpose may be a remorseless attack on public greed in the US. The real estate bubble – people buying property indiscriminately in the hope of gain – had just burst in 2008 and led to a free fall in the stock-market valuations. Between 1st January and 11th October 2008, owners of stocks in U.S. corporations had suffered about $8 trillion in losses, as their holdings declined in value from $20 trillion to $12 trillion. Although the Joker is a villain, there is perhaps a moral purpose in his attitude towards money. The concerns of the new Batman films thus appear quite different from those of the earlier superhero films.

When The Dark Knight Rises begins, Bruce Wayne is living as a recluse. Gotham City is peaceful and does not need him because the city’s most dangerous criminals were put away by Harvey Dent. Wayne Enterprises has fallen upon bad times because an investment in clean energy research was stopped half way and the project mothballed. It is pointless to provide a summary of the story – since most readers will have seen the film – but we need to look at the film’s most important motifs and be sure of what is interpretable because every motif does not impart ‘meaning’. The action, for instance, is providing merely spectacle.

On examining the characters one by one, we find that Alfred Pennyworth, Lucius Fox and Commissioner Gordon are leftovers from the earlier films. The most important new character is Selina Kyle (Anne Hathaway) but she seems to provide The Dark Knight Rises only with its feminine interest. Bane (Tom Hardy), at first sight, seems important but he is also curiously ill-defined and disposed of too casually. If he had been really important, one also doubts that he would have been hidden behind such an awkward breathing mask. Anyone associated with Ra’as al Ghul cannot be crucial to an interpretation because of the general silliness of the ‘League of Shadows’ – and its owing to an ancient device from DC Comics. It is as though the film was introducing the element to be faithful to the original and also for some cheap exoticism.  Eliminating them from consideration as ‘interpretable content’ means that the ‘pit’ into which Bruce Wayne is thrown (apparently a step-well in Rajasthan) can be dismissed as a gimmick; Miranda (Marion Cotillard) – and the implausible story about her past – also does not merit examination. The film’s vision of Bane-induced anarchy is nonetheless affecting and it has evident faith in this motif. Still, the key theme to remain intact after the superfluity is removed is that of Bruce Wayne’s bankruptcy, with the motif of anarchy subordinated to it.

The first big attack on the Batman, significantly, is a financial one. Bruce Wayne’s fingerprints have been surreptitiously obtained by his business rival John Daggett, who plays the futures on the derivatives market and loses all Wayne’s wealth in a single day. Since Daggett is himself killed offhandedly once this is done, we may presume that his bankruptcy – and not business rivalry – is the important motif. Bruce Wayne never recovers his money and, on the Batman dying, his property is partly sold off to pay off his debts. If all this is very distressing, I propose that it is because the Batman’s prowess is closely associated with his wealth. The Wayne estate equipped the Batman with the most advanced in weaponry and the fabulous bat cave was a recess on the grounds of the Wayne mansion. Since Bruce Wayne is a primarily a philanthropist, we may see him as representing the American capitalist – people like John D Rockefeller and Henry Ford – who helped build America through their private initiatives.  The motif of the abrupt bankruptcy is implying that the wealth created over decades by traditional American industrial-capitalism – which made the US the power that it became – could disappear in a single session on the financial markets. Batman’s death is perhaps emblematic of the end of the traditional capitalist – the kind eulogized by Ayn Rand. It is perhaps here that Bane’s anarchist rule of Gotham is significant. One of the Batman’s most cherished possessions was the Batmobile. When anarchy – under the guise of a ‘people’s revolution’ – is ushered in, we find ‘batmobiles’ driven around as ordinary transport vehicles. There is an apparent comment here on the way the achievements of traditional capitalism have been rendered banal in the present age. Another very significant aspect is that Bane lets loose an army of the most dangerous criminals but when the crisis from the H-bomb is averted – due to the Batman sacrificing his life – the criminals are still at large in Gotham’s society. They are also in possession of most of the artifacts that lent the Batman his strength.

Despite all the glitter and glamour of The Dark Knight Rises, it is unable to conceal the sense that it is a deeply pessimistic work. This would not have been possible if the film did not point to some actual social malaise. My own sense is that it refers obliquely to a new development of the past few years which may have sounded the death knell for traditional American capitalism. This development, I propose, is the rise of the financial derivative – described by Warren Buffet as a weapon of mass financial destruction – to a position of such importance that the nature of wealth has been transformed. Such enormous fortunes can be made or unmade in even a single trading session that money no longer means what it once meant. Wealth has become so volatile that one wonders even if true philanthropy is possible. It is perhaps in this context that the motif of criminal anarchy in Nolan’s film becomes significant. The financial sector, because of its power to generate instant wealth, has risen to such dominance that even its blatantly criminal conduct goes unpunished. More importantly, small players of yesterday have become internationally central and are running amok although their quick end might have seen the looming financial anarchy in the world averted. One has only to see Charles Ferguson’s documentary Inside Job (2010) to understand this. The Dark Knight Rises ends with a suggestion that the Batman is still alive but this is perhaps only to provide for more Batman films – because American capitalism as the Batman represented it – and as we once knew it – is really and truly dead.

The Dark Knight Rises on IMDB