The iconic Italian film director whose films are best known for their colorful visual style and fluid camerawork, Bernardo Bertolucci, passed away recently, creating a void in the field of cinema. Bertolucci started his career as an assistant director with Pier Paolo Pasolini in Accattone (1961), and considered Jean Luc Godard as his Guru.

When one thinks of films under the fascist regime, few films immediately come to one’s mind—Istvan Szabo’s Mephisto (Germany), Florian Henckel’s The Lives of Others (Germany), and Bertolucci’s The Conformist (Italy).

Set in late ’30s Italy, The Conformist (1970) is about Marcello Clerici (a layered performance by Jean-Louis Trintignant), who, following a childhood sexual experience that ends in murder, becomes a radical centrist, marries a petit bourgeois Giulia and voluntarily becomes a fascist agent. Marcello travels to Paris for his honeymoon to carry out a mission, but is attracted by the professor’s beautiful wife, Ana. A fabulous dance sequence ensues in which Marcello is encircled by the rest. The camerawork is fluid and the brilliant color palette suits the 1930s Italy and France, the time and place where the film is set. The story unfolds through a series of flashbacks, a style that would later go on to influence directors such as Scorsese, Spielberg and Coppola. 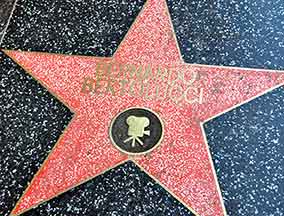 Bertolucci’s Last Tango In Paris gives us one of Brando’s finest acting performances; some might even go so far as to say that it was the latter’s most superlative work. Bertolucci allows the greatest actor of our time enough freedom to bring out his best in a role that is constricting and could easily have been lost in narcissism.

But I would say that Bertolucci’s masterpiece just has to be The Last Emperor, a historical/biographical drama about a 3-year-old boy who is whisked off his parents by a band of eunuchs, guardsmen, and the palace chamberlain to be crowned the emperor of China. One magical cinematic moment that stands out is the veil that shields the emperor from the real world, a suggestion of his separation from modern times and when he is separated from his wet nurse. Everything in this sweep-and-spectacle film, from the acting and the music to the costumes, the scenery, and the canvas itself is opulent, and comes together harmoniously to make for a poignant and powerful visual experience.

Very few know that Bernardo Bertolucci was a famous poet too. His masterworks as a filmmaker are nothing short of epic poems that will stand the classic test of time.

Tributes to Bernardo Bertolucci in The New York Times, Hollywood Reporter, Variety, Time, The New Yorker, the BBC, & The Guardian.