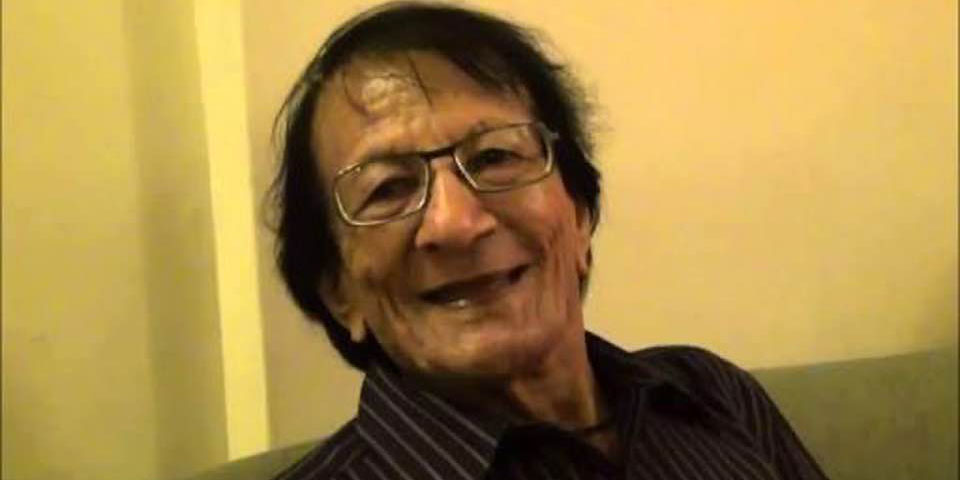 “Lyricist, a colleague and friend, Yogesh passed away this morning. He will always remain in our hearts though his innumerable hits. Rest in peace Yogesh ji.”
Amit Khanna, Film writer-director-producer-lyricist

“RIP, dada !! World will be poorer without you… Ekdin sapno ka rahi … chala jaye apno se sage kahan … zindagi as a paheli, no one encapsulated it better!!

Yogesh gone !! Perhaps the last of the big ones of the previous generation in a certain way … He was special because his greatness was always combined with simplicity and unlike many of his better known peers, he never touched the stardom that he deserved … But it’s also because he was someone who never cared for it, happy within in his world of people who valued him !!

“Just his name takes you instantly to a long list of the most heartwarming songs. Evergreen words all so meaningful touching you deep within.”
Divya Mehta Sharma, Retired in-house TV director-producer

“Yogeshji left us. Spent some lovely moments with him. May Baba give your soul as much bliss as your words gave all of us.”
Madhav Vijay, Music composer, Music Inn

“🙏He leaves behind a wonderful repertoire of our film songs. Just listen to his songs in/ through today’s ears. They are a lesson on the vocabulary of film lyricism.”
Aparajita Krishna

“Today Vividh Bharti has been through the evening paying him a tribute and playing all his unforgettable songs of Rajnigandha, Mili and so many others including my all time favourite Rim jhim gire saawan ! What a genius 👏👏RIP”
Pushpa Koshal, Head of operations, Pixel Digital Studios

“Deeply saddened. What a wonderful treasure trove Yogesh ji gave us. Each song full of meaning, feeling, wisdom, beauty. Simplicity and beauty. May his soul be in Bliss. For us we will remember him everytime we hum a song in sadness or joy and feel his words come to life again.”
Tanuja Chaturvedi, Art director

“Heartfelt condolences. He was a wonderful person. Got chance to interact with him. He even spoke to my mom on phone after listening to her poem.”
Manasvi Sharma, Filmmaker