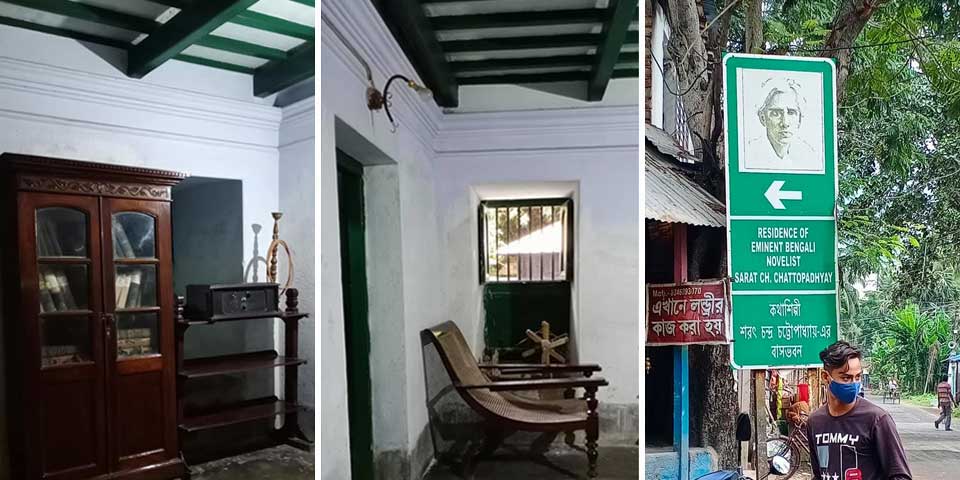 It was a pilgrimage for me to visit the house where Sarat Chandra1 penned books such as Bipradas and Ramer Sumati, and to see the pond where he had his two pet fishes, Kartik and Ganesh, and the guava tree from which he threw a guava at his Boudi’s mother. He spent the last 12 years of his life here.

Even before I learnt what a screenplay means, I was addicted to the writer who has been most translated into Indian languages. Who probably could gain an entry for the maximum number of films made from his stories and novels. And of whom Dilip Kumar once said, “He has Divinity in his pen!”

When the Sarat Chandra Centenary was celebrated in Bombay, we were still in school but were alive to it as Baba2 was actively involved in organising it. In addition to Dilip Kumar, Nitin Bose, Kamini Kaushal and Vidya Sinha were also present. For us, of course, a major draw was Sunil Gangopadhyay — and he was somewhat critical of Devdas. Left handed compliments! Imagine our confusion when one icon says something that is even faintly critical of another icon!!

For Baba, Sarat Chandra had been an icon since he first read Pather Daabi. The novel had been banned by the Imperial rulers of the then India, but my advocate grandfather had a copy that he asked my grandma to “keep out of Mukul’s reach.” Needless to add, the 14-year-old writer made it his business to reach it, read it, and be fired by its Nationalist spirit.

1Sarat Chandra Chattopadhya was a Bengali author. His novels have been adapted into over 50 feature films in a variety of Indian languages. His novel Devdas has 16 celluloid versions.

2Nabendu Ghosh, the author’s father, was the renowned Bengali scriptwriter who turned many of Sarat Chandra’s evergreen novels into celluloid classics.

Ratnottama Sengupta (daughter of legendary scriptwriter Nabendu Ghosh) is a film -journalist, -festival-curator/-organiser; documentary filmmaker; and author of several books on cinema and film personalities. She is a member of the Film Critics Circle of India, has served on notable international film juries, and is a recipient of the National Film Award for Best Writing on Cinema.