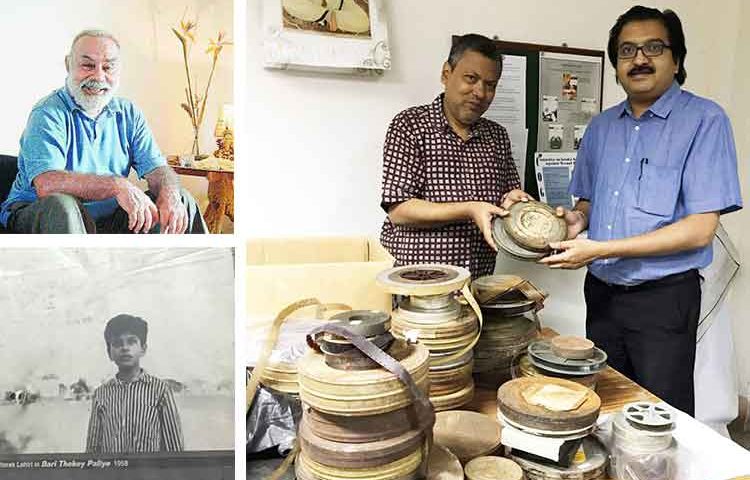 by NFAI News April 30, 2019
“A huge collection of films and other material from the personal collection of Shri Mahendra Kumar, who was a close associate of legendary Indian Film Director Ritwik Ghatak, has been acquired by the National Film Archive of India (NFAI).

We are delighted and truly honoured to receive this substantial collection of an artist who was closely associated with one of the great stalwart of Indian Cinema Shri Ritwik Ghatak. When I came to know about this collection, I immediately traveled to Kolkata and discussed with CSSS authorities about transferring the material to NFAI so that it can be preserved in a temperature controlled conditions. I am thankful to Ms Rosinka Chaudhury, Director CSSS and Shri Abhijit Bhattacharya, Documentation Officer CSSS for agreeing to NFAI’s request. I am also thankful to US based film scholar Shri Anil Srivastava, who initiated the dialogue in this process and Shri Narinder Sabharwal, brother of Mahendra Kumar.

Since the material is huge in numbers, the first task is to catalogue and check the condition as well as it’s content, particularly of film reels. NFAI will plan to digitise the material and on completion of the process will share a copy of these materials with the CSSSC for its collection to help researchers and students in their work.

A preliminary study of the material suggests that there are more than 1600 photographs, 2300 colour positive sile films, 350 stripes of negative films (per stripe contains a 6 row of negative film folder) as well as about 30 cans of film reels. The oldest photograph dates back to 1930’s. There are some rare photographs of renowned dancer Uday Shankar and his dance troupe. Incidently, Mahendra Kumar was closely associated with Uday Shankar’s creation ‘Shankar-Scope’ as the main photographer. There are some rare posters of films like Nagarik, Subarnarekha and Titas Ekti Nadir Naam of Ritwik Ghatak in the collection.

We appeal to film collectors as well as institutions that are having such archival film related material to deposit it with NFAI so that it can be preserved for future generations and made accessible to film researchers.”