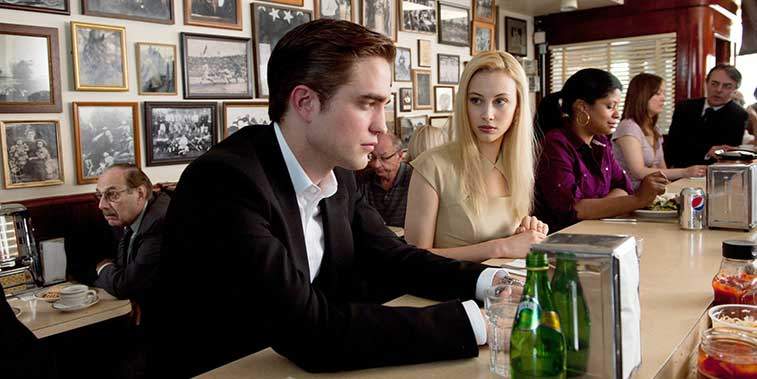 David Cronenberg is the greatest filmmaker in the English-speaking world, who has been continuing to make provocative and deeply thoughtful films when other claimants to the title like David Lynch, Atom Egoyan and Quentin Tarantino have been in decline. Several factors come to Cronenberg’s assistance and one is his ability to spot the right actors for each role and extracting the great performances. Jeremy Irons has not bettered his performance in Dead Ringers (1988) and Vigo Mortensen and Christopher Walken are yet to top Eastern Promises (2007) and Dead Zone (1983) respectively. When Cronenberg’s films are below par, similarly, it is often because his actors let him down – Ralph Fiennes in Spider (2002) and Michael Fassbender in A Dangerous Method (2011). But when Cronenberg gets a spot-on performance from Robert Pattinson in Cosmopolis it is less because of Pattinson’s acting capability; Pattinson played a humanized vampire in The Twilight Saga (2011) and this may have induced Cronenberg to choose him because the protagonist of Cosmopolis bears comparison to one.

Cosmopolis is a difficult film to write about and reviewers around the world have evaded the difficulty by lauding or castigating it without trying to say what the film is about. Cronenberg has also not offered an explanation but not saying what a film is about is a privilege available to a creative artist, which cannot be usurped by a critic. On the surfaceCosmopolis is about a day in the life of billionaire financial manager Eric Packer (Pattinson), who is being driven across the city in his stretch limo to get a haircut. The other players in his story include his art advisor (Juliette Binoche) whom he is consulting to buy the Rothko Chapel (a major work of modern art) which he wants to set up inside his penthouse which he rarely visits, a doctor who gives him his daily check-up, his chief of finance (Emily Hampshire), his chief of theory (Samantha Morton), his security man, his driver and his newly wedded billionaire wife who is denying him sex. The streets are crowded because the President is in the city and security is tight (‘who would want to kill a president these days?’). The funeral of Packer’s favorite sufi rap musician – whose music he listens to each day in the elevator – is also taking up the city’s space. The film is based on a 2003 novel by Don DeLillo, apparently a reworking of Joyce’s Ulysses, but Cronenberg’s film is not really about an individual’s odyssey. There is no strong sense, for instance, that Packer is awakening to a new state of awareness although he transforms. The film is, rather, a visionary attempt at exploring today’s new primary reality – ‘cybercapital’, which could have not been anticipated by DeLillo in 2003. ‘Cybercapital’, roughly, is electronic money not chasing goods, not engaged in the production of physical assets but ‘money talking to itself’. The key thing here is that, without participating in the productivity cycle today, money brings untold wealth to some or ruination to millions and even sovereign states are routinely bankrupted by it. Since much of this financial activity revolves around likelihoods (‘futures’), time becomes an issue of utmost importance. Taking a decision within a millionth of a second makes all the difference. On his way to the haircut Eric Packer is betting against the Chinese Yuan and bleeding money.

The predominance of financial speculation over traditional capitalism has been a theme in Hollywood films in the past year or so. In The Dark Knight Rises (2012), millionaire Bruce Wayne a.k.a the Batman is rendered bankrupt when someone impersonating him bets on the futures market and the film concludes with the Batman’s death and the disposal of his property to pay off his debts. Considering that the Batman was not born with superhuman powers but was lent his capabilities by the equipment that the industrial researchers in his capitalist empire were able to provide, this shocking development – at least for hardcore Batman fans – can be read as a commentary on the depredations wreaked by the new financial system on capitalism. ‘Cybercapital’, apart from giving enormous financial power to the big players, is such a mathematically complicated affair that the illegalities of asset managers have also been pushed under the carpet. The insinuation here is not that the illegalities cannot be understood by the law but that it is difficult to punish powerful people whose misdoings cannot be explained to the public – they will muscle their way out of trouble under the cover of technicalities. Arbitrage (2012) is another film on the theme and, as already suggested in my review in these columns, the discourse in that film is that even if financial managers cannot be punished for their misdoings, they will be held in contempt by ‘America’. One wonders if ‘America’s’ approval is so primary to its richest citizens that they will forego their wealth to earn it; but the Nation, apparently, is still a potent moral force in the public consciousness. These films lament the end of traditional capitalism and the ethic of production but to understand how Cosmopolis is ‘visionary’ we need to examine how its approach – to the same stimulus – is different.

Both The Dark Knight Rises and Arbitrage, unlike Cosmopolis, look at asset managers and financial players from the traditional viewpoint, i.e. the sense that ‘cybercapitalism’ is one more development in the economic history of mankind. This means that vision of ‘reality’ underlying these films is also the traditional one, that physical reality reigns supreme. In Arbitrage, for instance, the sense is that male protagonist’s family is more real than the money he has made and that in the process of pursuing a phantom he has lost the ‘real thing’. InCosmopolis, on the other hand, the only physical reality is the inside of Eric Packer’s stretch limousine, equipped with its computers and screens through which he can control the flow of money. Apart from a few sequences including one in which he climbs out to get a meal, the limo is everything and the camera does not violate the reality of Packer’s world by showing us the limo as an object in a physical world but the physical world as an object glimpsed at through the limousine’s windows. The limo is shining white when the film begins and, in the process of getting through the physical milieu, it gets written upon and stained by the various happenings outside, some of them violent. At the climax, when Packer climbs out alone at dead of night and meets his nemesis, we see the exhausted world around him as if it were a battleground after the carnage is over. To make a comparison, the limousine has the look of a time bubble immune to the bloody centuries it passes through.

Another issue that Cronenberg appears to toy with in Cosmopolis is the condition of Eric Packer’s body. Apart from the sex he has with various women, his wife tells him that he ‘smells of sex’. His doctor checks his bodily function each day and when Packer points to a wart which has appeared on his hip and wonders about it, the doctor suggests that Packer allow the wart to ‘express itself’. Cronenberg was long associated with the genre called ‘body horror’ and there is a sense here of Eric Packer made insecure by his own body, because as a presence, he lives not physically but as an impulse manifested on a computer. Allowing a wart to ‘express itself’ is perhaps the acknowledgement of a subjugated physical reality which will eventually assert itself. When he steps out of his limousine at the climax, Packer is also submitting as a physical presence to a physical world.

There are echoes in Cosmopolis of the work of postmodern philosopher Jean Baudrillard (who may have influenced DeLillo) who declared famously that Disneyland existed as a fantasy to convince us that the rest of America was real. Baudrillard also diagnosed the First Gulf War as, primarily, a global media event (CNN being prime mover) with the actual war and its casualties as secondary. In both these pronouncements there is the sense of a construct (a ‘hyperreal’) taking precedence over the reality it is meant to serve. To make a comparison in the present context, the global financial system is similarly a construct, a ‘hyperreal’ to which reality itself has become hostage – and this is the sense of Cosmopolis.

What has just been said about Cosmopolis is not an explanation but more in the nature of a provocation, which is also the sense of the film. Cronenberg’s films are rarely impeccable – in the sense that the intentions behind each one of them are hardly clear. As in Videodrome (1983) and Crash (1996) there is complexity in Cosmopolis which is not fully realized and much of the conversation only hints. But in essence, the film is a work of art – not because it is formally perfect but because it affords opportunity for thought, one thing that cinema does not often provide today.