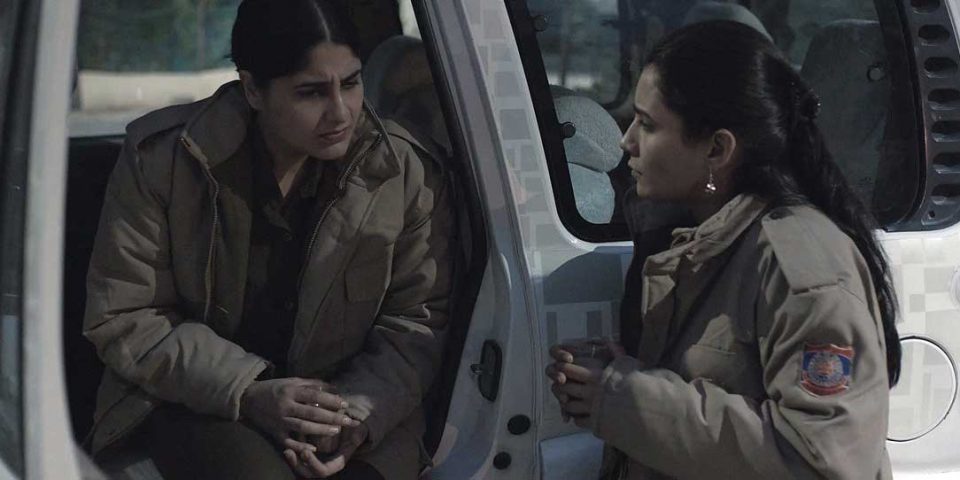 Excerpts & links to reviews of Soni

“Examines the embedded power-structures in our society and poses daunting questions: Can women really be empowered in a country where patriarchy is the mother tongue?”

“Rare kind of feminist film… Soni is less of a polemic, more of a quiet character study…Like Chaitanya Tamhane and Gurvinder Singh, Ivan Ayr speaks the language of international cinema, and yet, services the inherent Indianness of his story. We are seeing a new generation of filmmakers who aren’t simply aping an accepted arthouse style, but instead respecting the rigour and craft it takes to tell a story while also respecting the audience.”

“Deliberate pacing and precise mise en scene ensure an unhurried and illuminating examination of the challenges before the cops around whom the story revolves… Soni shows us the inside of a Delhi police station in a manner that mainstream Hindi cinema rarely does.”

“Gentle but assertive work of social realism and a character exploration on the background of women problematic day-to-day life in India.”

“A feminist viewpoint becomes as gripping as a TV police drama.”

“Indie Indian gem… Deceptively unobtrusive camera, never calling attention to itself even though its bravura takes, with each scene composed of a single shot, convey a masterful sense of discreet realism.”

“The strength of the writing is that while it makes you empathise with the women, it doesn’t make a demon out of all men. It’s more about exposing the cultural conditioning that we are all subjected to.”

“It takes restraint to depict these ingrained societal pressures and injustices, without being preachy or didactic… Soni simply isn’t a film for the masses, for how uncomfortable its truths and realisations are, and that’s also why it’s by far Netflix’s most nuanced and best acquisition from India yet, one that is bound to largely go unnoticed.”

“Despite the stilted patches, there’s a lot to be said for a film in which women are centre-stage, and do what they have to, without being forced into falling into stereotypes…Worthy addition to the new stories being told in India.”

“Constantly poses some unnerving questions: What is the point of defying the expectations of society when a male-dominated law enforcement system, too, perceives its female inhabitants as women who are only role-playing between existing as wives and daughters? If females in the ultimate position of power cannot escape the intrinsic perversions of patriarchy, what hope is there for the rest of them? Is feminism an ideological construct coined only to transcend the domestic labels of womanhood?”